Months in the Making: Preparations for the 2014 Campaign at Godavaya

From the final days of our research season last year in Sri Lanka, we knew that arranging a three-month field season would be a tremendous challenge, particularly in terms of getting the equipment that we need to run a safe and successful campaign.  This is for two reasons:  first, though the spring is the high season for diving, it is also the high season for fishing, so we knew that finding a boat and a trained crew who were not otherwise engaged would be difficult! Even further, in a country where there is, as far as we know, only one chamber not owned by the Navy, none are currently available for our use so we decided that the most reliable way to ensure diving safety was to bring our own with us.

The chamber has proven to be the simpler of the two. Some years ago, a hyperbaric chamber was donated to INA by Dr. Bill Fife. Douglas Haldane, a longtime INA supporter, intended for it to be used in INA Egypt. At the time that it was obtained, it was inspected and fitted into a custom built trailer complete with air banks, but it has never been used on an INA project since the closure of INA Egypt made it superfluous there. 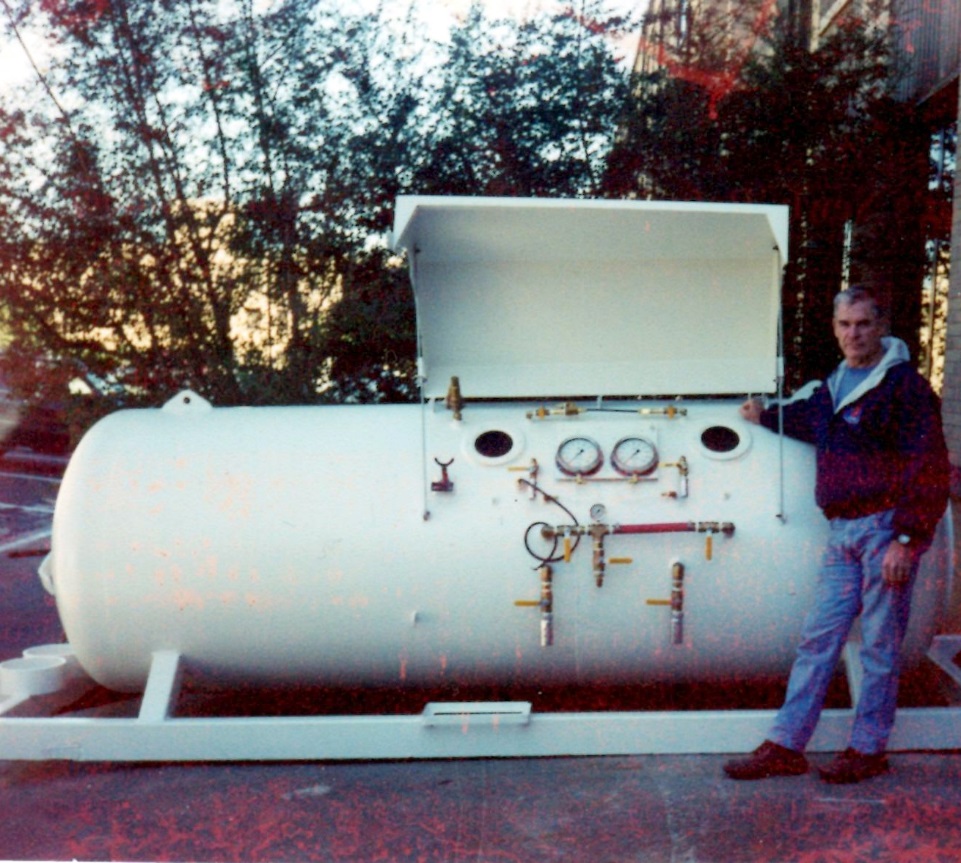 Early this fall, the chamber and its ancillary equipment were transported to Gulf Coast Breathing Air in Houston to be refitted and repaired for use. As part of this process, the container was installed into a shipping container, re-wired and re-plumbed, the communications system was replaced, and the banks and the chamber itself were pressure tested. 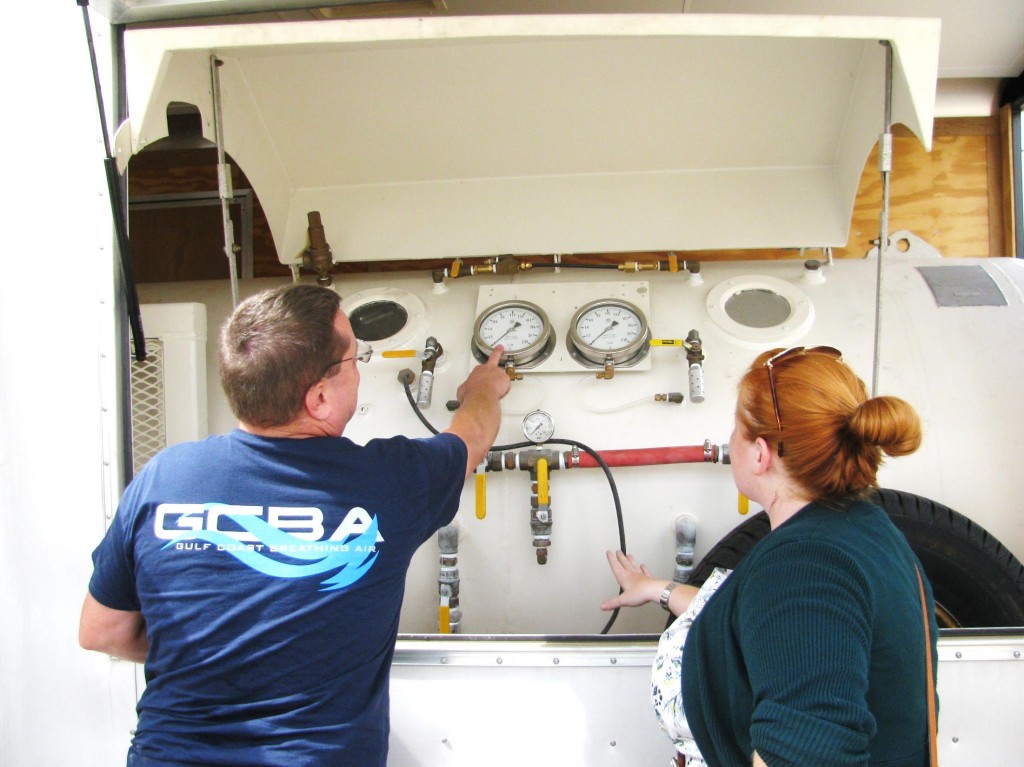 An employee of Gulf Coast Breathing Air shows Laura what repairs will need to be made.

Finally prepared for use, it was loaded onto a container ship in early January and sent to Sri Lanka, where we now wait with confident expectation!

The next challenge we faced was to obtain a boat suitable for underwater archaeology.  Instrumental in our success this season has been the result of a fortunate meeting: late last season, we were contacted by Buddhi De Silva, the managing director of  local commercial diving company, DeepSea Commercial Ltd , who expressed interest in our project and the desire to help it succeed.

Mr. De Silva has been a fundamental part of our preparations this season, working tirelessly to put us in contact with local fishermen and to arrange negotiations for use of their vessels during our field season. Even further, Mr. De Silva has kindly lent us a compressor and nitrox unit for our use during the season and has attended to innumerable project details over the past few months. Eventually, we were able to arrange the use of one local fishing boat, and have also purchased two small inflatable craft to serve as tenders for the primary vessel.

The container will arrive in Sri Lanka tomorrow, February 11th, filled to the brim with our recompression chamber, two small inflatable boats, diving gear, 16 brand new steel scuba cylinders, and more. Despite some ongoing delays in getting our equipment cleared by local Customs offices, we are eager to begin, and the various logistical issues that we have been wrestling for months are falling into place, one by one! 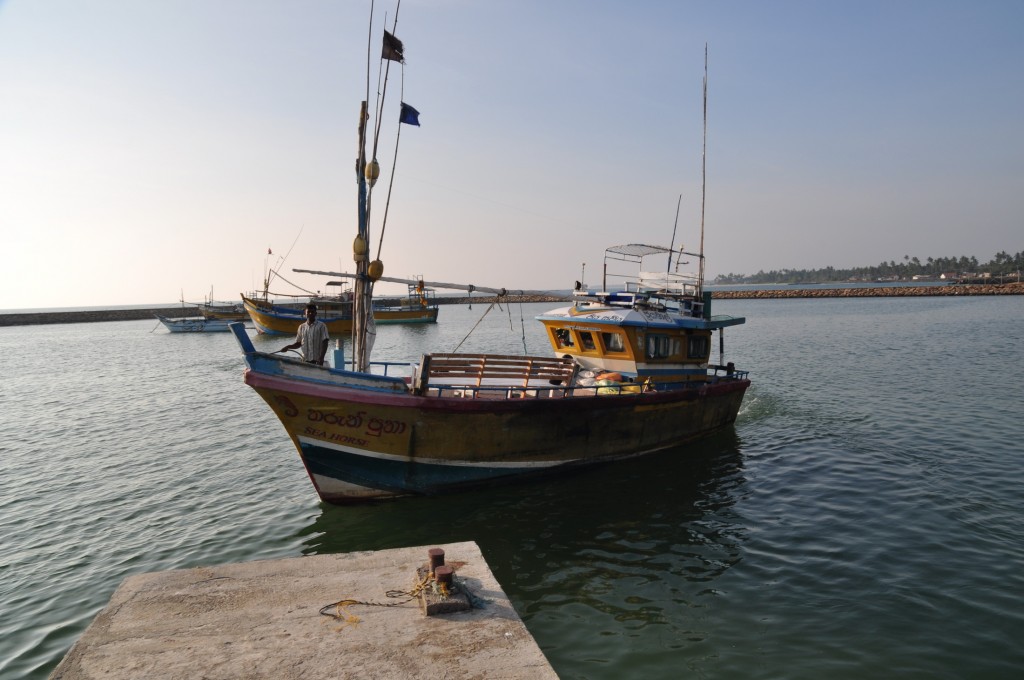 The local fishing vessel hired to act as our work platform for the season. Photo by Orkan Köyaĝasıoĝlu.