With the moorings for the Sea Horse completed, the team has spent the past week prepping the site for archaeological work.  In order to map the various features and artifacts of the site, we must first create a network of datum points, which are essentially fixed points in the space surrounding the site.   We will measure excavated artifacts to this network of fixed points, allowing us to pinpoint the location of these archaeological treasures.  In archaeology, location is key to interpretation!

Karen ascends over the site. Photo by Susannah H. Snowden.

Last year we hammered thick stakes into the rocks scattered throughout the site; however most of these stakes were only loosely anchored in the rock and would move if touched.  Not a usable datum point for archaeologists!  So, this year we decided to create towers that we could weigh down on the sea bed in prime locations to map the area of the site to be excavated this season; these type of towers have been used on several previous INA excavations.  I had experience moving, weighing down, and measuring such towers during the final season of excavation at El Bajo de la Campana shipwreck in Spain, so I thought I knew what to expect when repeating these tasks on the Godvaya site.  Once again, the Indian Ocean proved itself a more formidable opponent than the Mediterranean.  The towers themselves were considerably heavier than the ones we used in Spain and the current considerably stronger.  At the Bajo, we weighed the towers down from the stock pile of rocks removed from the site during prep work; at Godavaya, we are using buckets of concrete and sandbags.  At the Bajo, Laura and I were able to easily float above the towers and stretch tape across the entire site with virtually no current interfering; at Godavaya we often have to anchor ourselves against the weighted datum towers and forego some measurements when the current is so strong the meter tape bends between points like a clothesline in a blustering wind.  Despite these challenges, our network of fixed points is steadily being measured on the seabed and replicated on the computer. 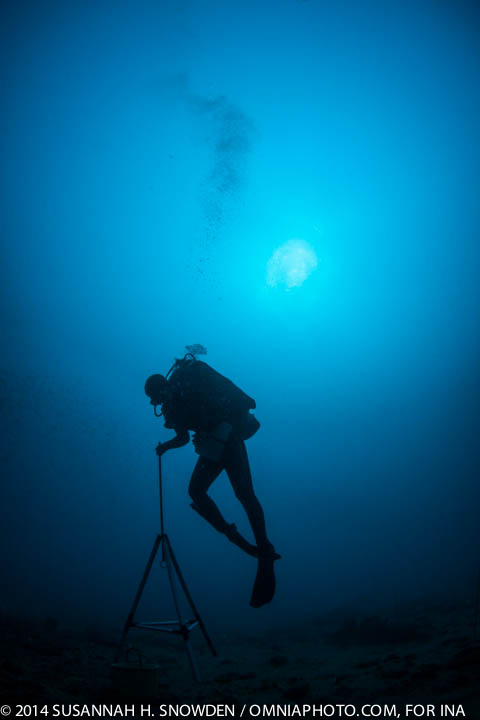 Staci positions a datum tower over the concrete bucket that will be used to weigh it down. Photo by Susannah H. Snowden. 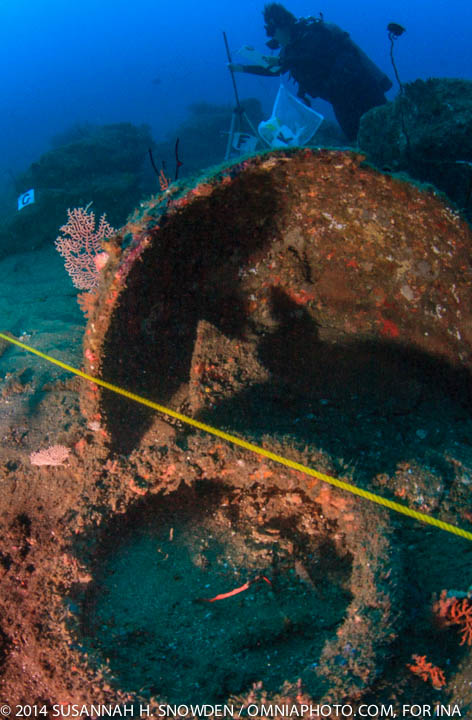 Alongside the datum towers, the team has also been busy laying the 6 x 6 m grid that will be the foci of our intense excavation efforts this season.  This grid is an expansion of the one we laid last season; our previous exploratory efforts uncovered several layers of artifacts waiting just beneath the surface.  This season we hope to determine just how deep the archaeological material goes.  Again, our friend the local welder has come through in a pinch.  When we needed 20 sharpened stakes for the grid by the next morning’s dive, the welder’s team, sparks flying, sliced and diced metal rods into shape for us in record time. 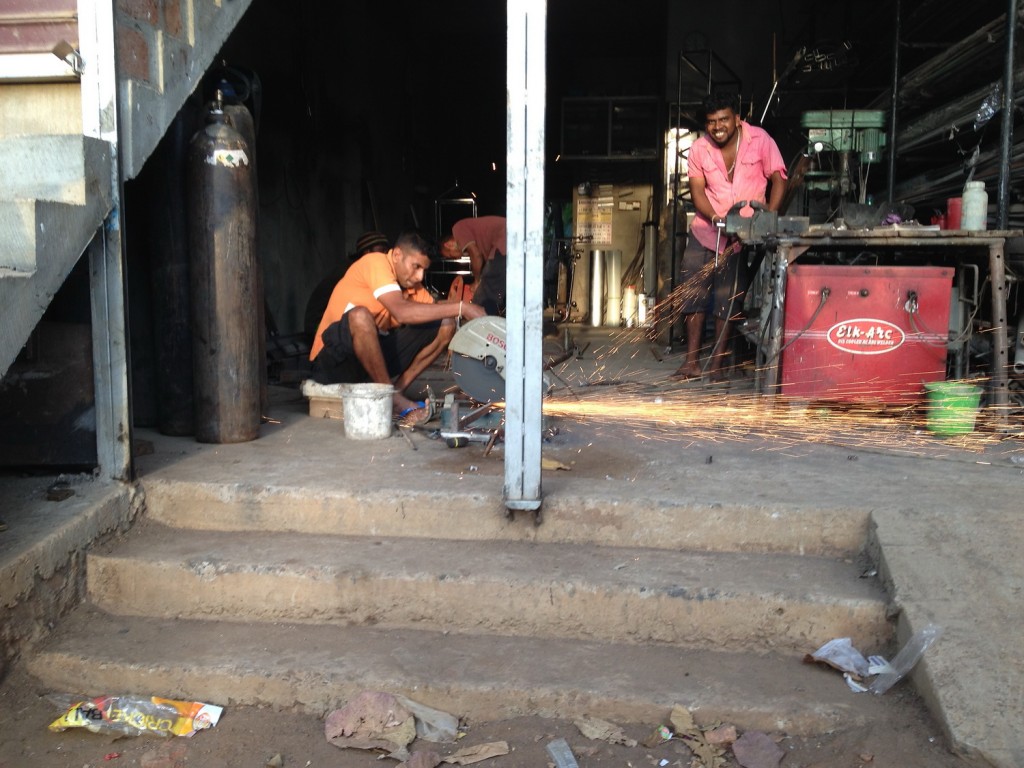 Sparks fly as the team at the welder’s shop, with our friend the welder in the forefront, quickly makes the grid stakes. Photo by Staci Willis. 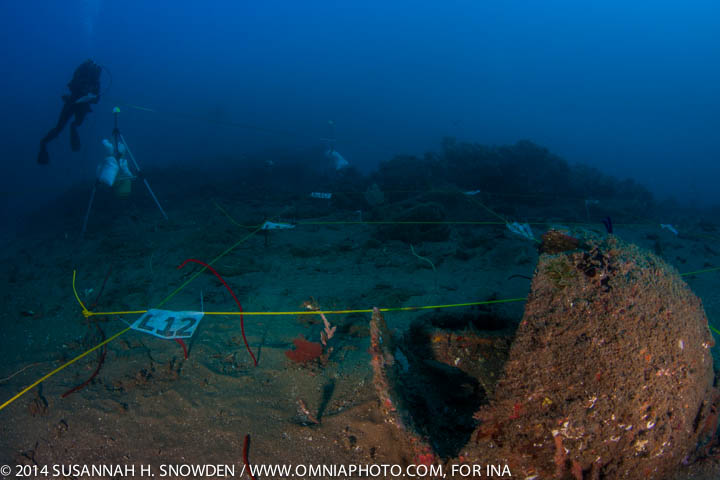 The grid just to the south of the main concretion mound on site. Staci records a measurement taken from one of the datum towers. Photo by Susannah H. Snowden.

Little by little the wreck site is transformed from a scatter of ancient debris into an operating archaeological site.  With each step, we are one day closer to excavation and new discoveries. 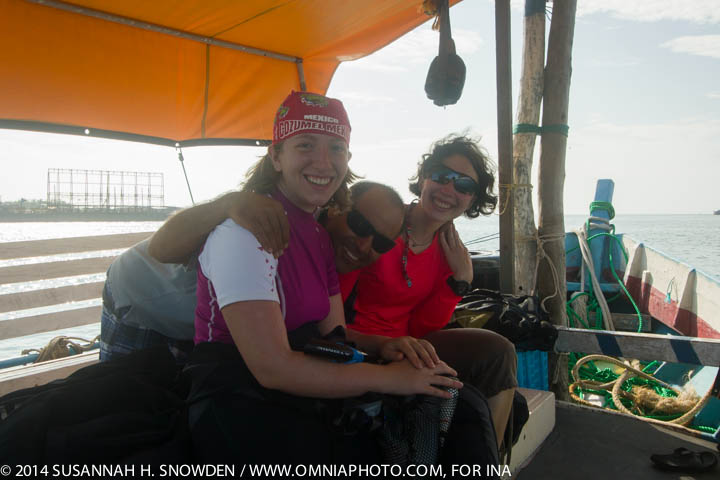 Karen, Zafer, and Arianna on the Sea Horse, heading out for a morning dive. Photo by Susannah H. Snowden.