The Clydesdale Plantation wreck was discovered in the fall of 1991 during a survey of the Back River, a secondary channel of the Savannah River. The vessel in the photos was one of 19 derelicts discovered during the survey, along with the remains of numerous 19th-century wharves and buildings.  Visit the Clydesdale Plantation 18th-Century Sloop Excavation webpage to learn more! 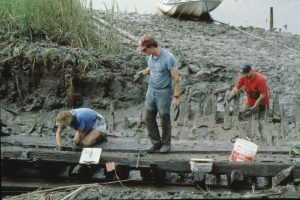 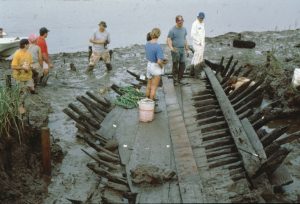 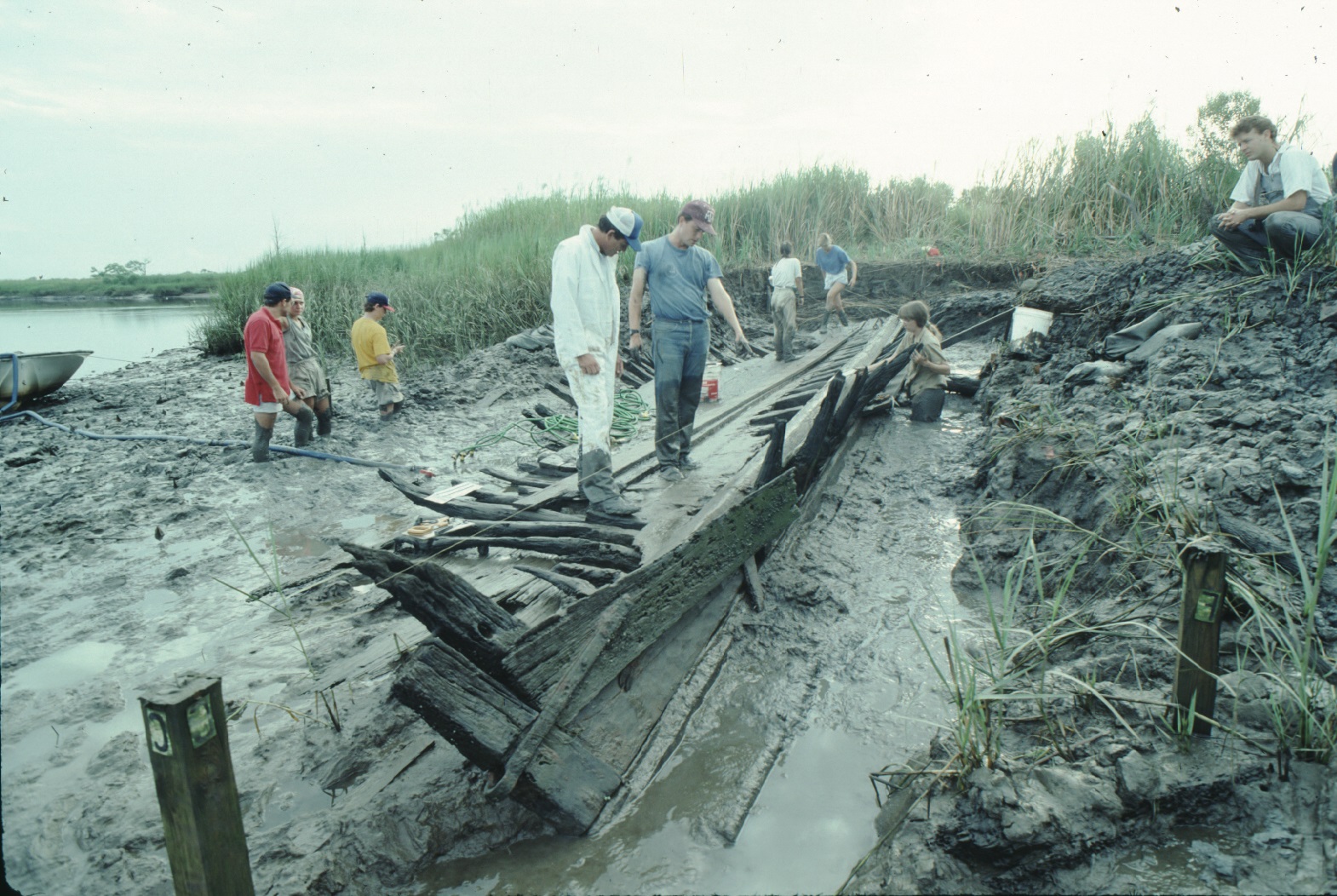 Top Right: The team makes a game plan for the day.