he following is an excerpt from “In the Ukraine: Evidence for Wooden Remains in the Bay of Novy Svet,” by John Albertson, INA Research Associate & MA Candidate, NAP/TAMU first published in the INA Quarterly, Spring-Summer 2011 38(1&2):22-23 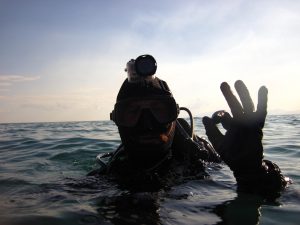 John Albertson on the surface.

The 2011 research season in the historic Bay of Novy Svet, Crimea, Ukraine was a tremendous success. Initially planned as a simple survey to locate the remains of any surviving timbers from the so-called Novy Svet wreck, the 45-day project resulted in the discovery, field recording, and recovery of nine timber fragments and rigging components, as well as the discovery and mapping of several anchors and elements of ballast. Re-analysis of the sea floor early in the summer showed that our sub-bottom profiling and coring plans would be ineffective, so a new approach was required. At the advice of INA veteran underwater archaeologist Sheila Matthews, a series of exploratory probing trenches were planned and executed within the original 2011 excavation quadrant as well as three surrounding reconnaissance zones. The approach worked well; the new data indicate some intriguing possibilities as to where the vessel may have actually gone down.> Read More

The starkly beautiful stretch of coastline that surrounds the bay, with a sheer mountainous backdrop to the sea, sets the scene for this shipwreck. While this summer’s research included the first concentrated effort to find hull remains on the site, it is not the first work to have been done here. Ukrainian and Russian archaeologists were intrigued by reports of weathered pottery washing up on the beach of the nearby resort town of Novy Svet, but it was Dr. Serbey Zelenko, Director of Taras Shevchenko University of Kiev’s Centre for Underwater Archaeology (CUA), who brought the site international attention. Dr. Zelenko has been excavating here since 1999, assisted by Yana Morozova and Nikita Zelenko, methodically searching the sea floor to record and protect this important medieval shipwreck. The subsequent seasons resulted in a diverse assemblage of artifacts including coins, weapons, cooking posts, combs and more, scattered amongst a tremendous amount of pottery. Dating of the amphorae indicated that the Novy Svet Wreck sank during the 13th century. More recent findings, however, have shown that a second assemblage of materials from the 11th century is present along one edge of the 13th-century material, which suggests the presence of a second shipwreck.

One of the most successful secondary objectives of this season was the acquisition of sonar data from the predicted wreck site, the artifact dispersion zone, the bay and the surrounding coastline, Dr. Victor V. Lebedinski of the Russian Academy of Sciences and his team from Moscow led those efforts, bringing a sophisticated Hydra sonar rig with them. They trained the project leaders in its use, care and the interpretation of the data produced.

After the successes of this season, the future of the project is bright. Now that we know ship timbers do in fact remain beneath the sea floor, the upcoming excavation seasons will include plans to continue cataloguing them. Also, in a first-time effort, the timbers that were recovered this season are being sent to the University of Kiev, where they will be stabilized and stored as a plan for their future conservation is made. Plans to construct a small pier adjacent to our field base are already under discussion with local authorities, an improvement that will effectively double our underwater excavation time. We also hope to add a water dredge to our complement of tools, greatly increasing the efficiency of our bottom time. The maps of the anchors, ballast and artifact spread that are being compiled from this summer’s data show a clear correlation to the concentration of the recovered timbers. I am confident that new trenches based on these data will reveal more wooden remains and bring us closer to the resting place of the Novy Svet Wreck.> Read Less 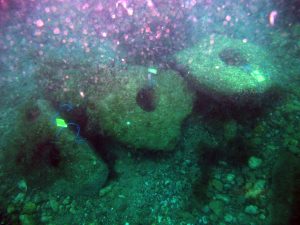 I returned from the bay of Novy Svet in Crimea, Ukraine late in August.  In the months since, significant progress has been made in assessing the recovered wooden elements I reported on and in our initial studies of the geomorphology of the western seafloor .  The primary shipwreck being studied at Novy Svet is tentatively called the Pisa Ship because its rich late 13th century artifact assemblage matches well with the records of Obertus Stanconus, a primary source of the period.  According to Stanconus, a warrior and chronicler returning to his native Genoa after the Crusades, a Pisan galley cruising the Black Sea in search of Genoese targets was caught by a pursuing Genoese galley in the waters near the bay of Novy Svet.  On 14 August 1277 C.E. the Pisans were defeated in a vicious fight at sea, the survivors brought on shore, and the vessel publicly burned .  The Pisa Ship theory was posited by Dr. Sergiy Zelenko, Director of the Centre for Underwater Archaeology (CUA) at the Taras Shechenko National University of Kiev.  He and Yana Morozova, also of Taras Shevchenko University, have studied the archeological material in the bay since 1999.

The 2011 excavations at Novy Svet showed that there are, in addition to the impressive artifact assemblage, wooden elements that may belong to the Pisa Ship.  These timbers taken together with the bathymetry of the bay, geomorphologic analysis and the behavior of several anchors discovered by Dr. Zelenko and CUA researchers during recent excavations have indicated a likely zone for the presence of artifacts more deeply submerged beneath the seafloor.  If there, this anaerobic tomb may have preserved organic material, potentially including hull structures, better than the surrounding seafloor. 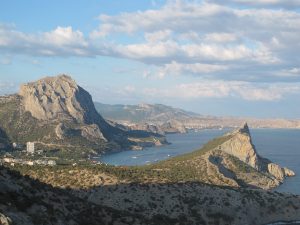 The bay of Novy Svet [Fig. 1] is of modest size, roughly a kilometer by half a kilometer.  The excavations carried out by CUA since 1999 have been in the western section of the bay, focusing on a 300 x 150 meter artifact scatter lying lengthwise along that coast.  The recent discovery of three anchors lying in a loose cluster on the seabed, here composed of variously sized rocks on a bed of sand and gravel [Fig. 2], has sparked speculation as to whether they have any relation to the shipwrecks of the bay, whether they were abandoned there by ships sheltering behind the promontory or for some other reason. Observations made during the last dives of 2011 may begin to provide some answers.  Barely above the sand was the crown of what may be another, similar anchor:  If it proves to be such, it is far more deeply buried than the others.  Most of the 13th century material recovered from the wreck site was discovered less than 60 cm beneath the seafloor.  This is due in large part to the fact that with currently-available excavation techniques, achieving greater depth is unreasonable.  If the new anchor proves to be similar to the others, it will be embedded significantly further into the seafloor: excavation with a water dredge will be essential to its study.

The wooden remains recovered in 2011 provide two interesting additions to this line of inquiry.  First, the timbers were associated with iron fasteners, [Fig. 3] and can provide useful data even when disarticulated.  The highly fragmented timber shown here is 53 cm in length, 12.5 cm wide and 2.5 cm thick; the hole is 1.5 cm in diameter and heavily infused with iron corrosion products.  It was found in association with the two iron fasteners shown on the left in Fig. 4.  An analysis of the number and type of these fasteners will provide diagnostic information about the vessels they were a part of.  Secondly, such pieces as have been recovered would float away on their own, and it is likely that they were part of something larger that held them down until they were buried or so waterlogged as to stay on the seafloor.  If the buried anomaly proves to be a fourth anchor, sunk deeply in sediment quickly formed by silt and sand filling in around it, it is plausible that other material is similarly buried in its vicinity.

Storms, beginning in August, wrack this coastline with tremendous waves and storm surge.  Even clear late – August days are prone to heavy swells [Fig. 5].  While these energies, washing against the cliffs and back out to sea, have carried lighter cargo and wooden fragments out to make the vast artifact spread in the bay, we have observed little movement of the weighty anchors.  One line of reasoning posits that one or more of these anchors may be associated with the Pisa Ship.  The location fits well with Obertus Stanconus’ observation of an abandoned vessel left to burn itself to destruction.  Given his status as a proven Crusader and the fact that the Genoese fortress near the town of Sudak, some five kilometers to the north east of Novy Svet, was the most prominent feature of the area at the time, it is reasonable to think that his observations were made from that fortress.  It commands a wide view, including the bay of Novy Svet.  Based on my observations, the wind in August blows predominantly from the north east along the stretch of coast from this fortress to the bay of Novy Svet.   While the vessel may simply have been burned in the bay, the wind would likely have drawn it straight into the bay’s western promontory if it was set adrift almost anywhere along the aforementioned stretch of shore.  These scenarios would certainly have been logical to the inhabitants of Sudak.  The bay of Novy Svet was not used as a harbor until modern times so a vessel sunk there would not have created a hazard for shipping, as Sudak was served by excellent harbors to either side of the fortress [Fig. 6] .

While there are many potential reasons why the anchors discovered by CUA are present in the Bay of Novy Svet, one possibility is that they are associated with the wreck of the Pisa Ship.  The bay is roughly 10 meters deep in this location.  If the vessel sank here, it may have created a small pressure crater allowing some portion of the hull to be quickly submerged.  While at this point the vessel may have broken up completely, the fact that some material appears to be much more deeply buried than the rest provides another option.  It is not unreasonable to think that some area of the affected seafloor may have been more malleable at the time, causing more sediment to be pushed aside and a portion of the hull and cargo, including an anchor, to be more submerged than others.  The wreck in this position might then have acted as a sediment trap, working itself deeper.  If so, it is possible that part of the hull remains at this location, sealed deep beneath the seafloor in an anaerobic tomb.

These data show that the seabed surrounding the potential fourth anchor, already threatened by looters, is of special priority and should be excavated as soon as proper equipment and conservation resources are assembled.  Work is currently under way to procure a water dredge, the most effective excavation tool at a depth of ten meters, and harborage facilities to efficiently employ it.  A conservation plan for recovered material is also being developed between CUA personnel and Texas A&M conservation researchers.  In addition, a geomorphological analysis of the region is being prepared by the author and INA Research Associate and oceanographer Rodrigo de Oliviera Torres.  While this research is tentative, it is clear that digging deeper is vital to ascertaining the historical reality of the seafaring and shipwrecks of the Bay of Novy Svet.