Launching of the 2014 PPD Field Season

The 2014 field season began today in Sagres, Portugal, with an opening ceremony held at Martinhal Beach Resort and Hotel. The event featured speeches from project supports and partners as well as a presentation by project directors outlining the progress of the 2012 and 2013 field campaigns and objectives of the 2014 fieldwork. 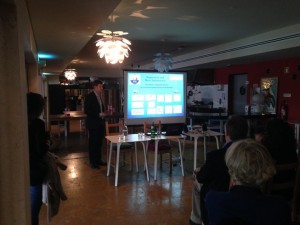 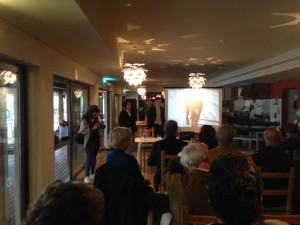 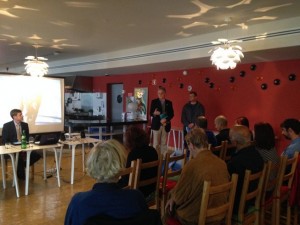 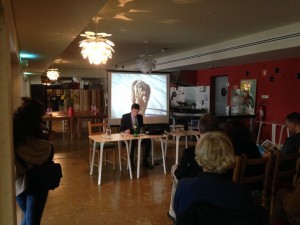 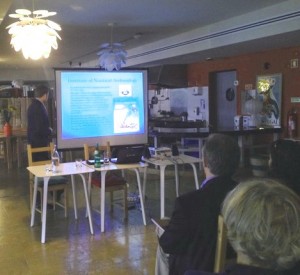 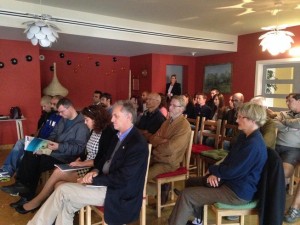 In May of 2013 additional remote-sensing survey was undertaken, this time utilizing both gradiometer and multibeam echosounder. The 2013 gradiometer survey recorded a total of 28.2 km of data in the Cove of Baleeira, encompassing 0.17 km2 (43.7 acres). The combined 2012 and 2013 surveys total 41.5 km of data within the cove. Forty magnetic anomalies were detected and a large section of the seafloor was mapped via multibeam echosounder. 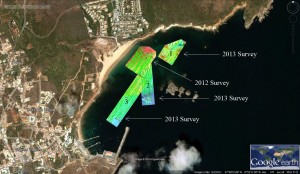 November 2013 marked the return of the archaeological investigation to groundtruth these anomalies and other contacts. Excavation, hydroprobing, and underwater surveying methods were used to investigate the potential of these targets. Among the discoveries were: more material from the late-19th or early-20th century wreck found in 2012; an early 19th-century wreck with cannon and timbers; concreted anchors from antiquity; buried rigging elements; and two encrusted cannon possibly dating to the 17th or 18th century. Test excavations were conducted around the cannon site (EBT6) and concreted artifacts were discovered buried in the sand below (including remnants of iron fastenings). As this occurred during the final days of the 2013 field project, this site was reburied and made a priority for the 2014 fieldwork. 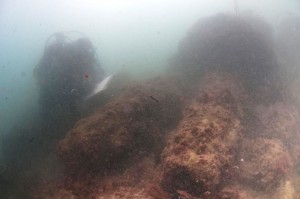 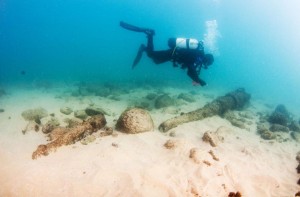 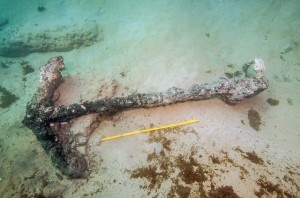 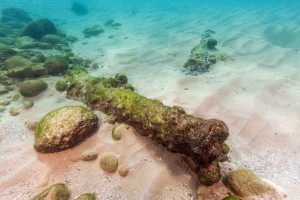 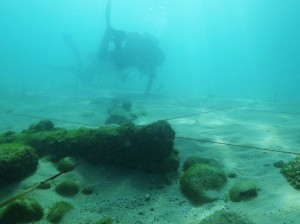 While the principal objective is to locate and study the navio of Pedro Diaz, the significant nautical history of the region has begun to emerge through our survey of the Cove of Baleeira. In addition to the investigation of the primary wreck site, we have expanded our work to record all significant finds in the bay to help bring light to the extraordinary maritime culture of this region, and have been supported in this endeavor by all of our previous sponsors as well as the Council of Vila do Bispo, who has encouraged our efforts and helped fund our research toward the long-term goal of sharing and exhibiting the Algarve’s nautical heritage in local museums.

This year we intend to record the wrecks discovered last year, investigate an additional 31 magnetic and multibeam anomalies discovered during remote-sensing operations, and expand the excavation of site EBT6 (cannon site) to determine whether this represents 17th-century shipwreck remains–which may provide clues to the whereabouts of Diaz’s elusive vessel. Stay tuned over the next two weeks to see what else we encounter in the Cove of Baleeira as we work to unveil the cove’s extraordinary maritime history, which is also a stone’s throw away from the incredible Fortaleza de Sagres–the site of Prince Henry the Navigator’s famed (and some would claim mythical) school for navigation.