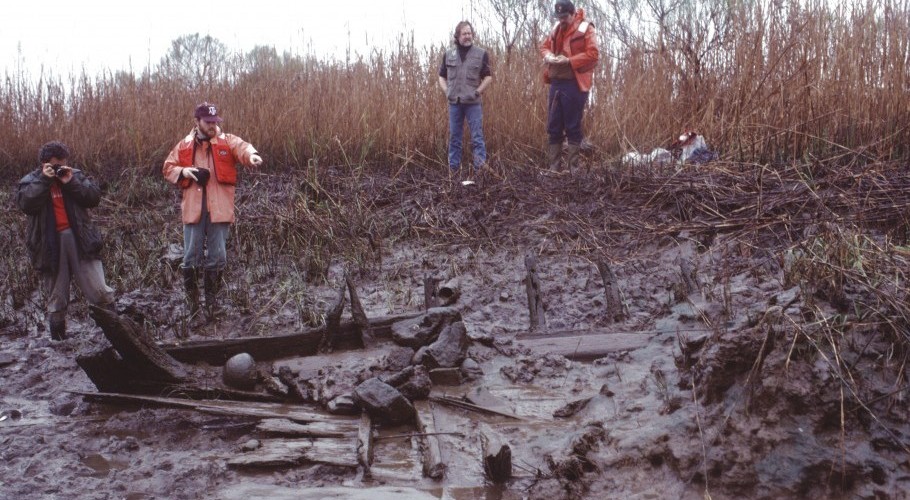 The Clydesdale Plantation wreck was discovered in the fall of 1991 during a survey of the Back River, a secondary channel of the Savannah River, by a private underwater archaeology firm contracted by the Army Corp of Engineers- Savannah. In 1992, Nautical Archaeologists from the Texas A&M and the Institute of Nautical Archaeology excavated the shipwreck under the auspices of SCIAA and the Army Corp of Engineers- Savannah. Archaeologists determined that the shipwreck was a rare example of 18th century coastal sloops that once linked Savannah, Charleston, Georgetown, and other major during the Colonial period.

The vessel was one of 19 derelicts discovered during the survey, along with the remains of numerous 19th-century wharves and buildings.  The Clydesdale plantation wreck exhibited similar features to the Brown’s Ferry vessel, so excavation was begun later in 1992 to better understand these construction methods.

Three weeks of excavation were followed by three weeks of careful recording of the hull.  Few artifacts had been found in the vessel (a rigging block and a sewing palm were the only nautical items still associated with the hull), but much of the starboard side was preserved, and the frames amidships were complete.  The stern, despite its exposure, was also in relatively good condition.  By means of sections, offsets, detailed measured sketches, and photographs; we made a complete record of the hull remains. After the ceiling planks were drawn they were removed to expose the frames, and further measurements were made. After recording, the hull was reburied to preserve it against further decay. 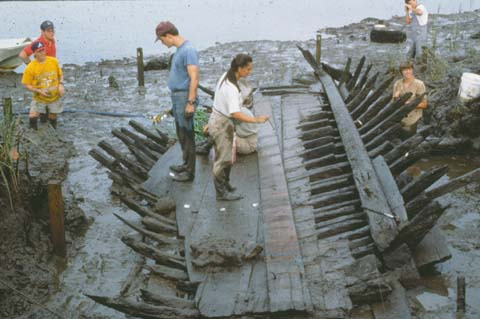