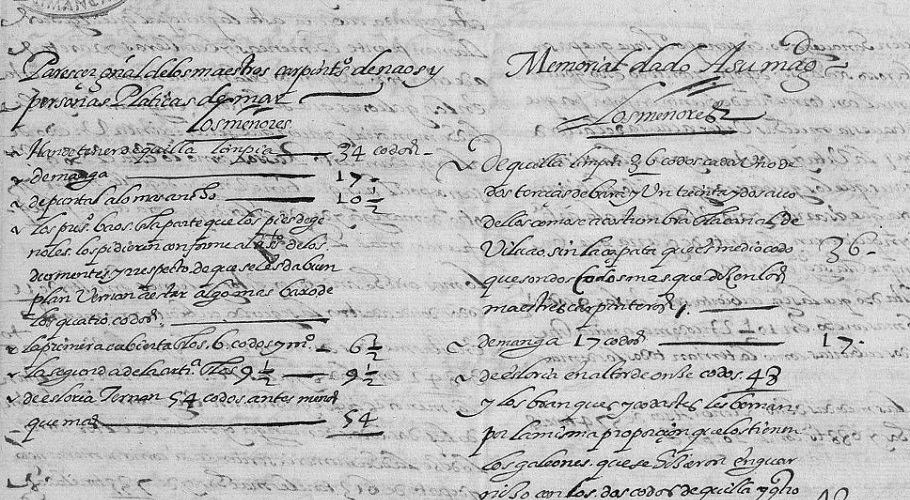 During the 16th century, Spain created an empire with territories spanning Europe, America, and Asia. Ships became vital to maintain communication between different parts of the empire, and to protect them against other European powers. Moreover, the European economy depended on the silver bullion transported by Spanish ships from the New World to Europe through the Indies Run. The most renowned ocean-going vessel employed by the Spanish during this period was the galleon.

Our knowledge of galleons is limited due to the lack of archaeological evidence and inaccuracies in their contemporaneous representations. In addition, even though little is known about this ship type and its design has not been systemically studied, a pejorative reputation exists on the qualities of the 16th-century Spanish galleon. This project attempts to rectify this misconception and bridge the gaps in our current state of knowledge on these vessels. Project director José Luis Casaban aims to accomplish this goal by focusing on a series of newly-designed Spanish galleons built between 1589 and 1591, known as the Twelve Apostles. These ships were built to provide the Spanish Crown with a permanent navy for the coastal defense of the Iberian Peninsula and to escort the fleets of the Indies Run. Their construction became the largest shipbuilding program undertaken in Europe during the 16th century and, as a result, generated abundant documentation that is now dispersed in different Spanish archives, which are among the richest in the world for this period.

Casaban’s examination during 2014 and 2015 of original unpublished documents located in various Spanish archives, along with archaeological and iconographic evidence, is used to investigate the conception, outfitting, and history of these galleons. This research will also contribute to the assessment of functional, technological, material, ideological, economic, and environmental factors in the design and management of these new Spanish ships. The study will include a systematic comparative evaluation of contemporaneous European naval architecture, including that of English and Dutch ships. In addition, a three-dimensional digital model of these galleons will be produced using historical and technical data based on the results of his archival research. The model will become a powerful tool to understand the naval architecture and shipbuilding philosophy behind the design of these ships. The galleon’s stability, hydrostatic factors, sailing capabilities, and performance will be digitally tested and analyzed under various loading and ordnance configurations revealed in the archival data.

The topics covered in the project, including 16th- and 17th-century European and Atlantic maritime history, nautical archaeology, naval architecture, history of technology, and three-dimensional digital modelling, will appeal to a wide range of specialists, students, and the general public taking into account the major role played by these vessels in the early European colonization of the New World.