A Tribute for Jack W. Kelley

The uniquely important role played by Tulsa businessman Jack W. Kelley in the development of nautical archaeology into a respected academic discipline cannot be over stated. By being the first person to make a substantial financial commitment to the newly incorporated American Institute of Nautical Archaeology (now INA), Jack made its survival possible. Then, by finding additional directors for an institute board, largely among his friends, he put INA directly on the road to long-term success.  Jack could sell the institute by telling others how much he enjoyed his involvement with us. 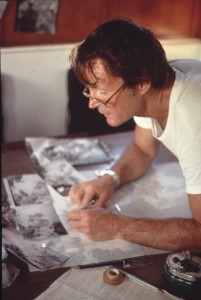 I first met Jack over dinner with a mutual friend in Philadelphia. Soon afterward I spent a sabbatical year as a visiting scholar at the University of Cambridge, and had no plans to return soon to shipwreck archaeology, but we stayed in occasional touch. Within two years after my return to Philadelphia, however, I decided to resign my faculty position at the University of Pennsylvania to establish an institute devoted solely to the study of ancient ships. I bought and mailed out dozens of copies of my newly published A History of Seafaring Based on Underwater Archaeology, with an appeal for funding the new institute. It soon became obvious that none of those who had sponsored my work for the University of Pennsylvania Museum were interested in donating to a new organization whose only address was my home address. I was discouraged by the impending failure of my dream to come true, when I received a phone call from Jack, who said the idea of the new institute was about the most exciting thing he had heard of. He made a three-year commitment, said he had friends who might do the same, and volunteered to serve on a board of directors. Thus began a close relationship of many years. 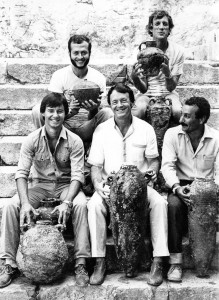 Jack did not limit himself to the financial side of the new institute, however. After the civil war on the Mediterranean island of Cyprus, where INA was first based, necessitated finding a new home,  Jack represented the business end of a three-person committee from INA, with attorney James Eiseman of Philadelphia, INA’s pro bono council, and Alan Boegehold, classicist from Brown University, representing the legal and academic interests, in negotiating the terms of affiliation with Texas A&M University, where it is now headquartered while retaining its complete independence.

Further, Jack was a welcome director who was able to spend entire campaigns as a member of our excavation staffs in Turkey. Much younger divers were in awe as he pitched in and bloodied his hands helping with annual camp construction. Once, on the Serçe  Limanı “Glass Wreck”, his lovely wife Jean was my diving partner for the entire summer. 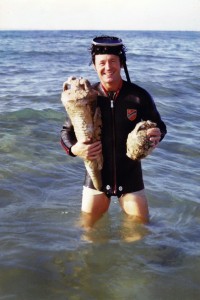 One of Jack’s contributions to the new field came at the conclusion of that excavation, when more than anyone else he promoted Don Frey’s surveys to find the next blockbuster shipwreck to excavate. This led INA to the Uluburun wreck, whose first two excavation campaigns resulted in a 42-page cover story for the December 1987 National Geographic. Having dived on the site even before I began its excavation, Jack, realizing its importance, was determined to record it. As producer of a film eventually shown on television around the world, he chose the best possible camera team from Hollywood to shoot the documentary. From 40 hours of footage, the film was edited into an hour-long PBS special under the supervision of Robert Dalva, who had been nominated for an Academy Award for editing The Black Stallion.  Jack and I frequently flew to California to make suggestions for the editing. Jack even oversaw the composition of the film’s musical background. And, of course, he marketed the resultant documentary, which resulted in its being purchased by NOVA.

There are others whose contributions to INA have been great and others who will dive with us and produce films, but Jack was the first and deserves to be remembered as such.