1961: Excavation of the 7th-century wreck at Yassıada, Turkey begins under George Bass † and Fred van Doorninck

1968: Michael and Susan Katzev begin the excavation of the ancient Greek shipwreck near Kyrenia, Cyprus 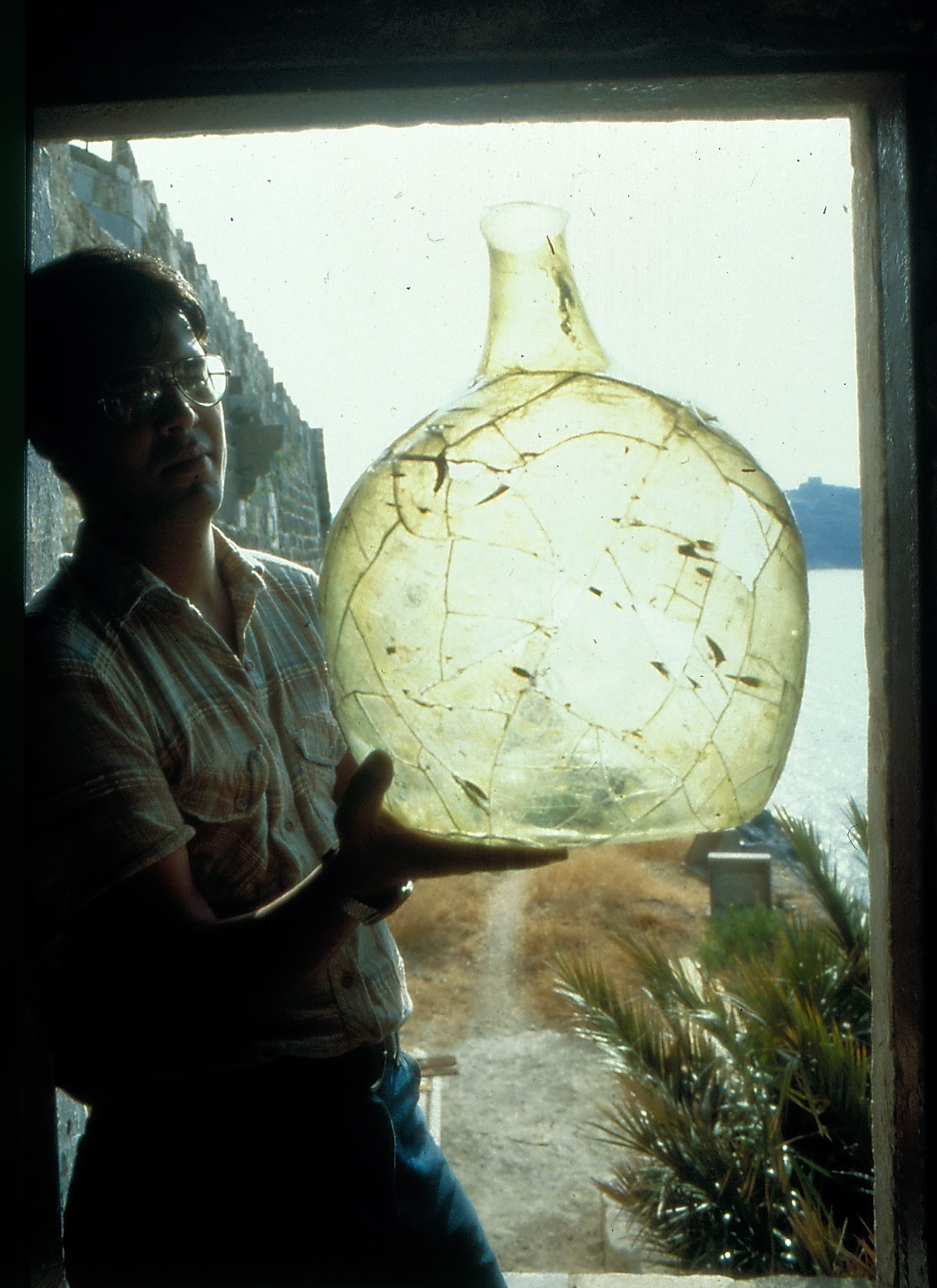 1975: Excavation of a jettisoned cargo at Şeytan Deresi takes place under George Bass †

1976: INA affiliates with and moves its headquarters to Texas A&M University

1976: The Virginia Research Center for Archaeology and INA conduct a joint archaeological survey of a shipwreck in the York River from the Battle of Yorktown, which ended the American Revolutionary War

1979: The American Institute of Nautical Archaeology drops the “American” to reflect its international staff and board of directors, becoming simply INA 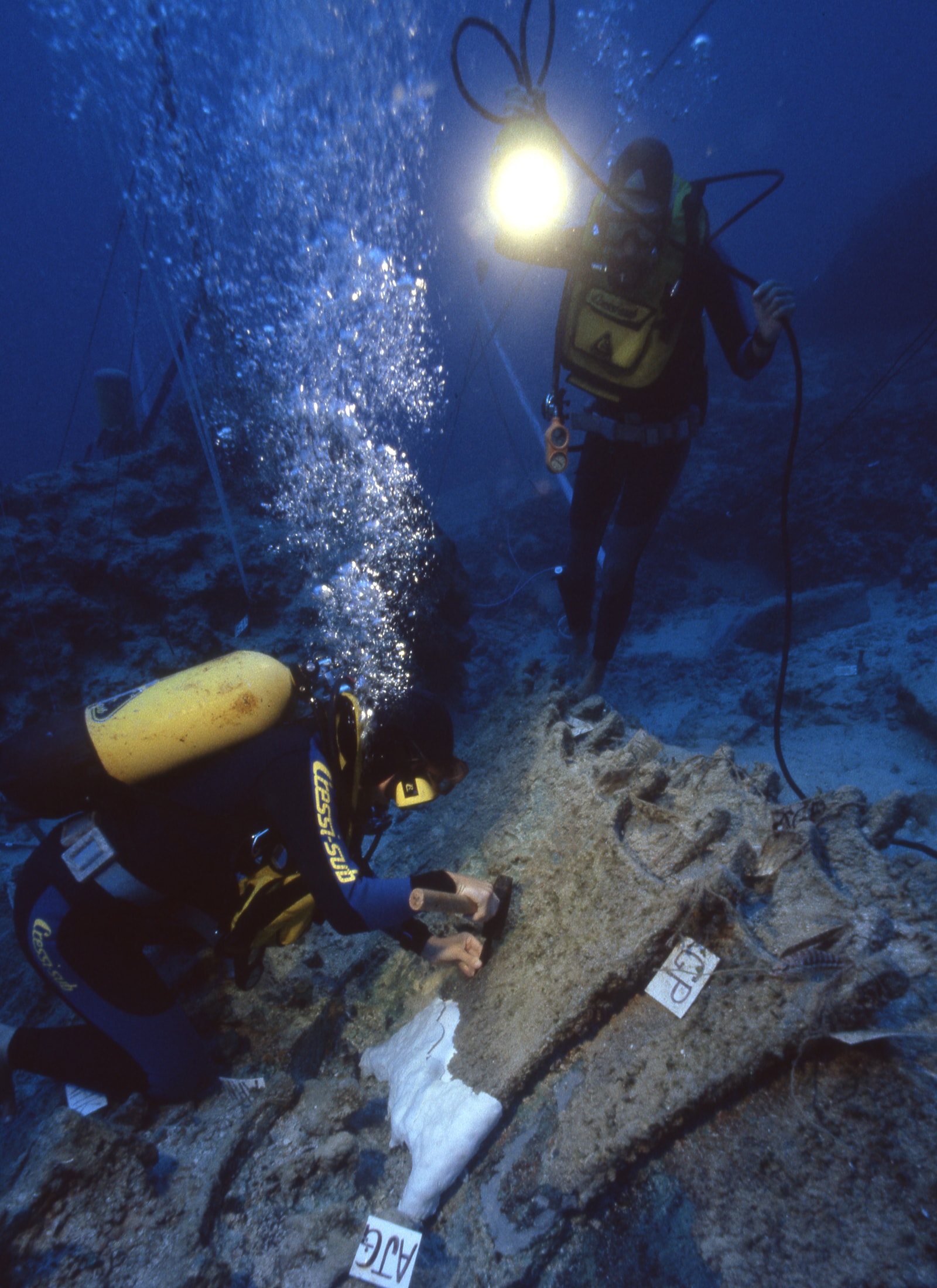 1980: INA acquires Virazon, a 65-foot Korean War vessel, and bases it at Bodrum as a research ship

1981: Decade-long excavation of Port Royal, Jamaica, sunk during an earthquake in 1692, begins under the direction of Donny Hamilton

1987: Voyage from Antiquity televised by NOVA as Ancient Treasures from the Deep

1988: George Bass † publishes Ships and Shipwrecks of the Americas 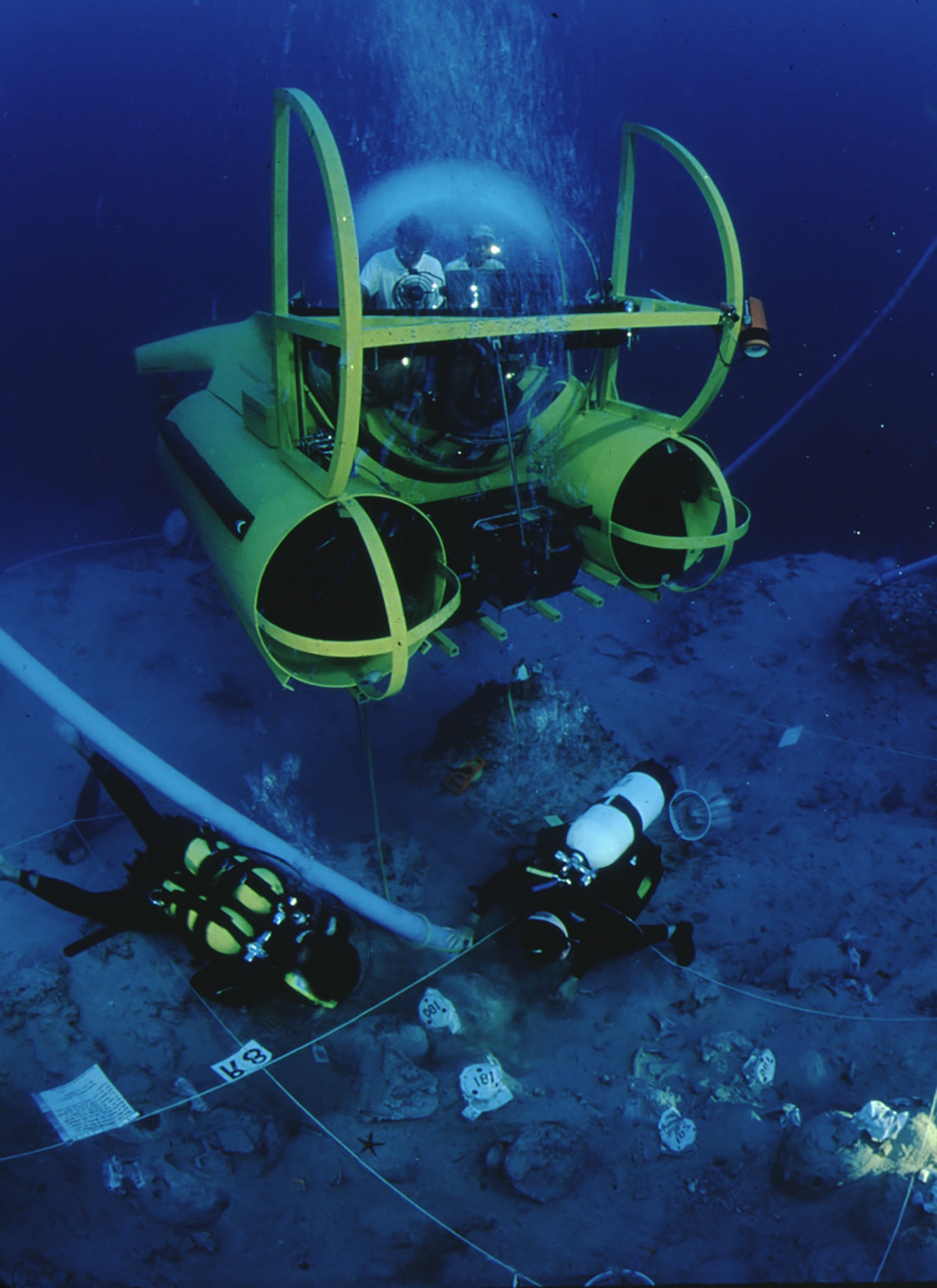 1994: Excavation at Tantura Lagoon, Israel of seven shipwrecks dating from the 4th to 18th century begins under Shelley Wachsmann

1995: Excavation of the Byzantine shipwreck at Bozburun, Turkey begins under Fred Hocker 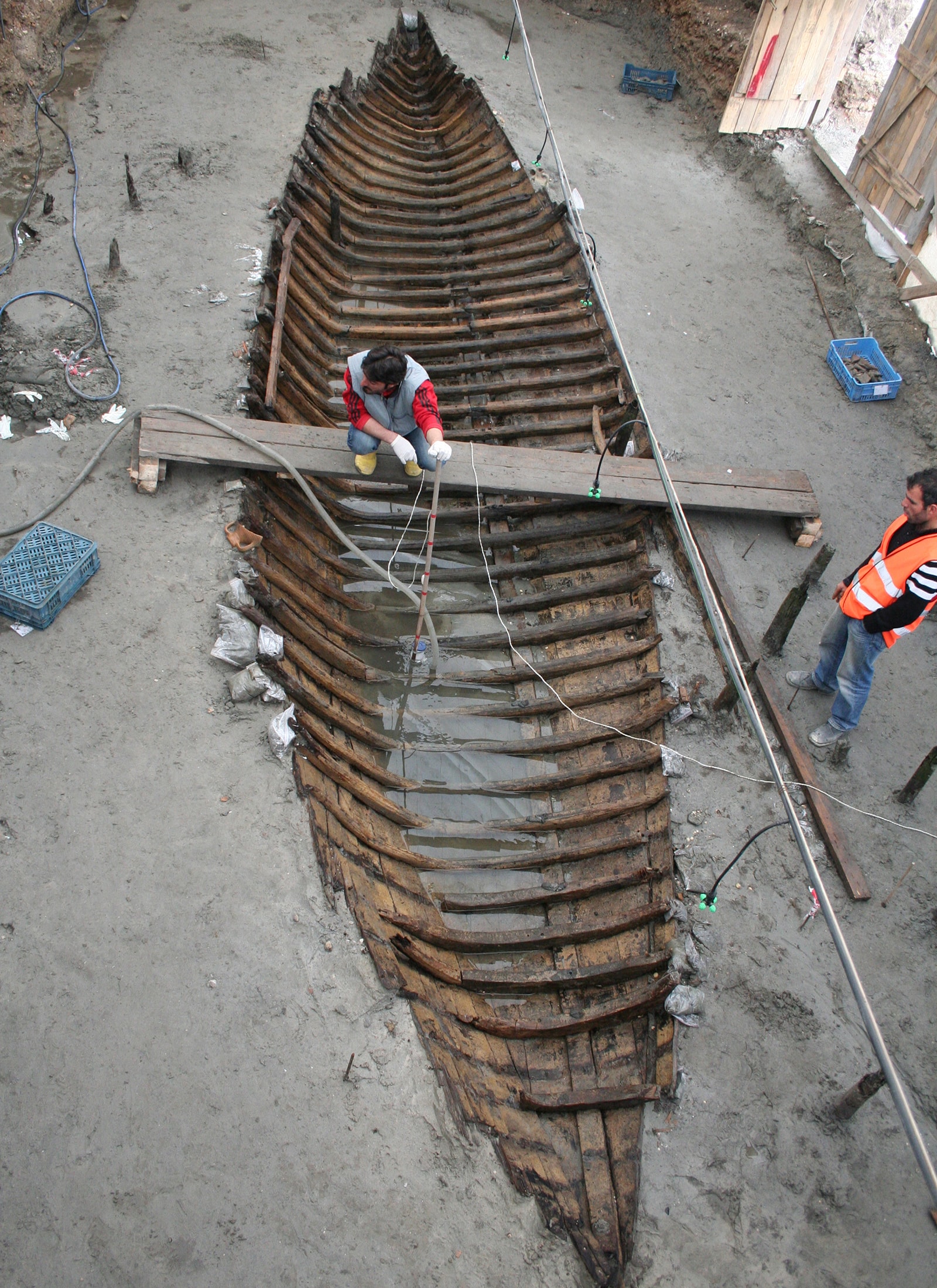 2003: With funding from ARCE/EAP and IIE, INA-Egypt opens the new, expanded, fully-equipped conservation laboratory and training facility in the Egyptian Museum

2007: With the financial support of INA members and friends, the Archaeological Institute of America establishes the J. Richard Steffy Lectureship

2008: Excavation of the Phoenician shipwreck at Bajo de la Campana, Spain begins under the direction of Mark Polzer and Juan Pinedo Reyes

2009: With the financial support of INA members and friends, the Archaeological Institute of America establishes the George F. Bass lectureship 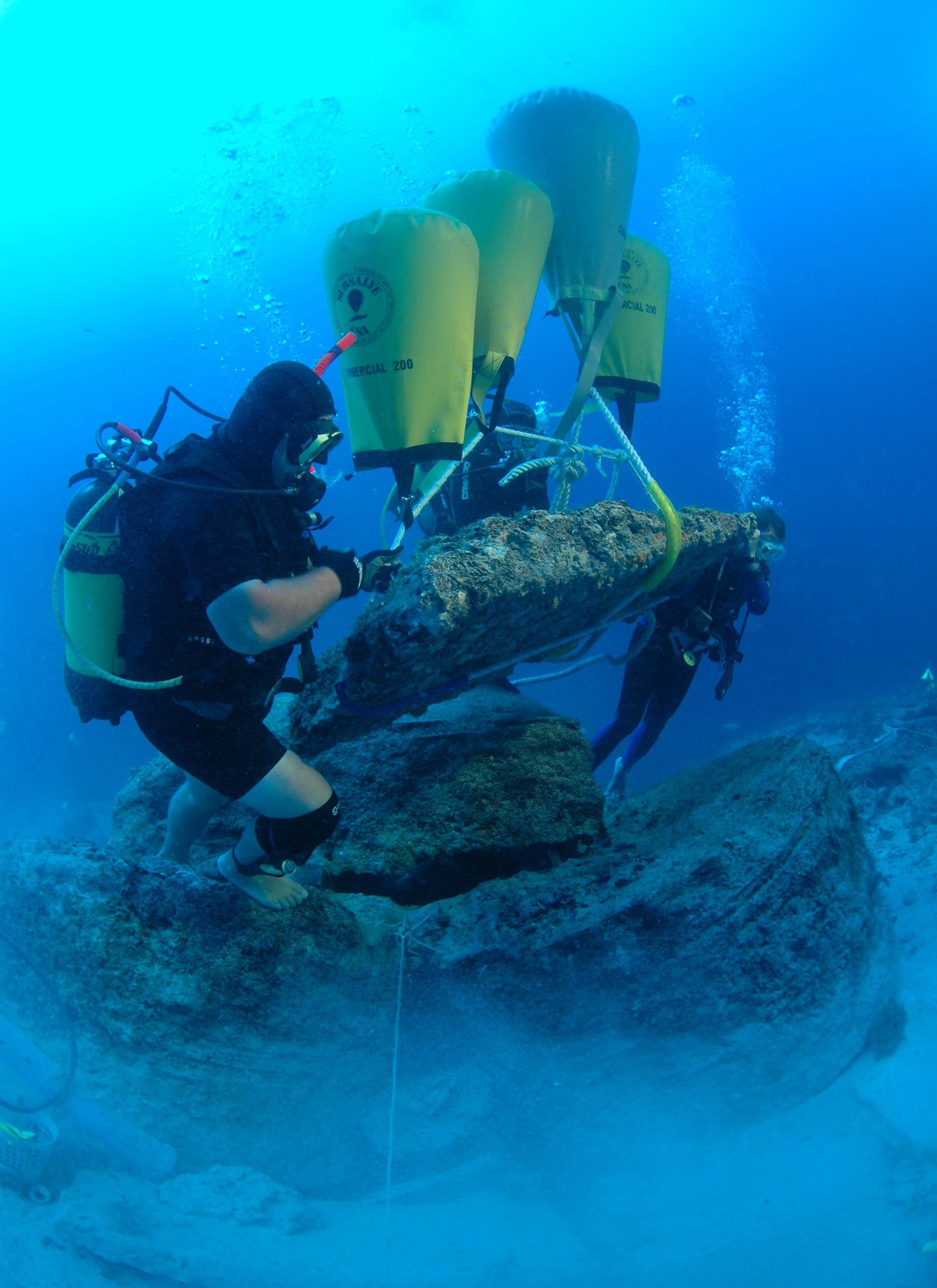 2014: Kroum Batchvarov is the first recipient of the Claude Duthuit Archaeology Grant for his work on the Rockley Bay Research Project in Tobago

2014: Barbara Duthuit gifts the funds for the construction of a new research vessel to replace Virazon

2014: Kevin Crisman publishes Coffins of the Brave: Lake Shipwrecks of the War of 1812 through Texas A&M University Press

2015: Dave Ruff becomes the second recipient of the Claude Duthuit Archaeology Grant for his team project on sunken Roman-era ships in Kastela, Croatia

2016: Virazon II is completed in Tuzla, Turkey and becomes first ship in the world to be classed as an Archaeological Research Vessel (ARV)

2016: Carolyn Kennedy receives the Claude Duthuit Archaeology Grant for her exploration and recording of four steamboats in Vermont’s Lake Champlain

2017: Nicholas Budsberg and his team receive the Claude Duthuit Archaeology Grant to complete the excavation of what may be the earliest known European ship in the Americas at Highbourne Cay, Bahamas

2018: Justin Leidwanger and his team receive the Claude Duthuit Archaeology Grant to continue excavation of the Marzamemi “Church Wreck” in Sicily

2019: John Broadwater is named the first recipient of the George and Ann Bass Grant for Nautical Archaeology Publications to support the final publication of the Yorktown Shipwreck Project

2019: Cemal Pulak receives the Claude Duthuit Archaeology Grant in support of his collaborative excavation, with Hakan Öniz, of a Bronze Age shipwreck at Kumluca, Turkey 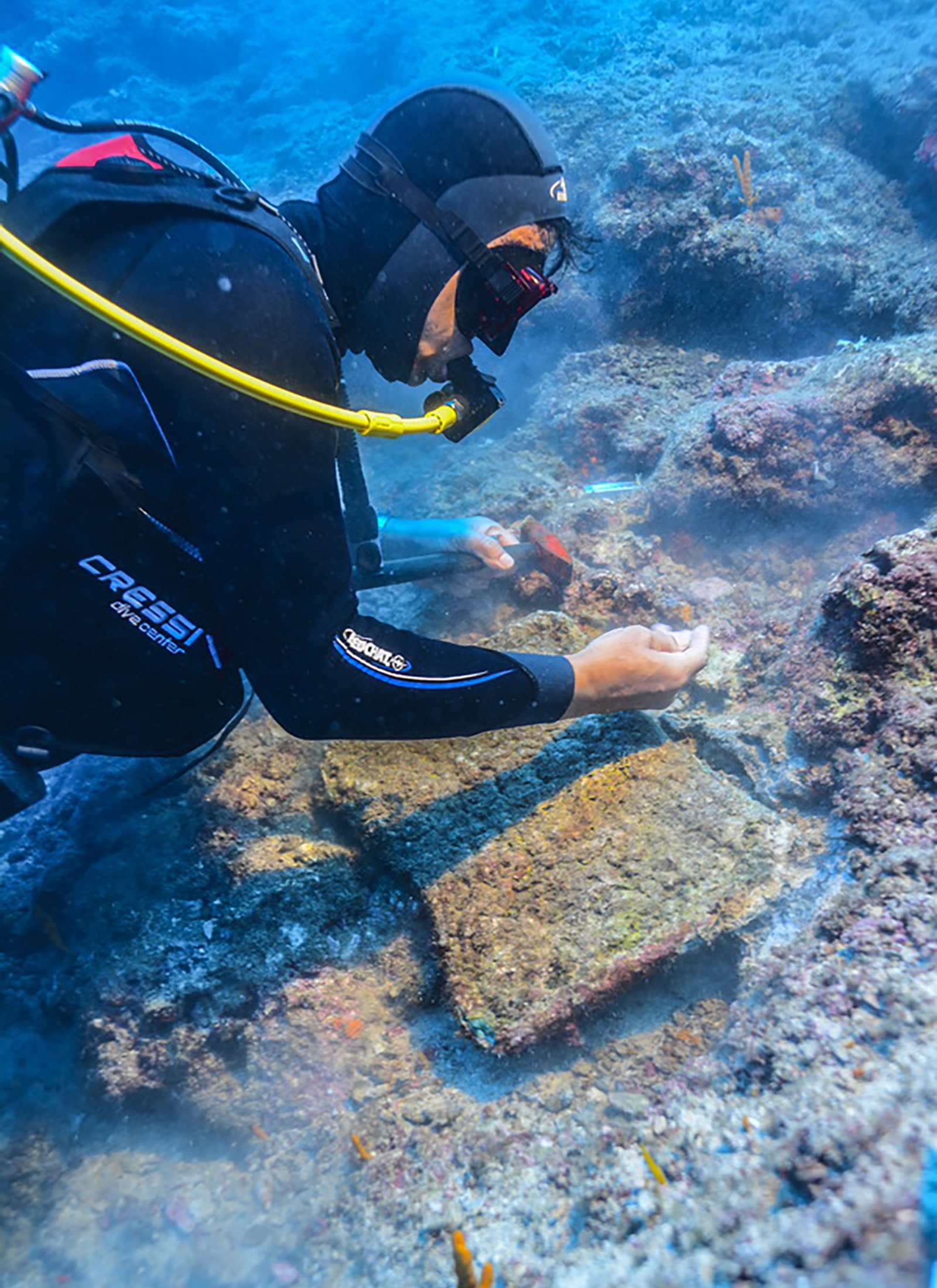 2020: José Casabán becomes the seventh recipient of the Claude Duthuit Archaeology Grant in support of his collaborative excavation, with Irena Radić Rossi, of the Santo Hieronimo (1576) shipwreck in Croatia

2021: Carlos de Juan and Miguel San Claudio are co-recipients of the eighth Claude Duthuit Archaeology Grant for their work on the 4th-cent. B.C. wreck at El Sec (Mallorca) and the 16th-cent. galleon San Giacomo di Galizia at Ribadeo, respectively

2021: John McManamom and Jeremy Green are co-recipients of the third Bass Publication Grant for the Bozburun Byzantine shipwreck and the Santo António de Tanná shipwreck at Mombasa final reports, respectively

2022: Deborah Cvikel is the recipient of the ninth Claude Duthuit Archaeology Grant to continue studies of the hull remains and artifacts of the 7th-8th cent. CE Ma’agan Mikhael B shipwreck on the Carmel coast of Israel

2022: Cheryl Ward is the fourth recipient of the Bass Publication Grant for the final report on the Sadana Island shipwreck on the Red Sea coast near Safaga, Egypt