By Institute of Nautical ArchaeologyJuly 19, 2018No Comments

The first-ever international deployment of Virazon II is off to an excellent start. The ship departed Bodrum on Monday, June 25, and transited to Sarande, Albania via the Corinth Channel, arriving in Albania on Friday, June 29. Special recognition in Bodrum must go to Özlem Doğan, Tuba Ekmekçi Littlefield, Orkan Köyağasioğlu, John Littlefield, and Zafer Gul; the successful on-time underway of Virazon II directly reflects their dedication to detail and outstanding work ethic.

Virazon II is receiving outstanding support from Auron Tare, the General Director of the Albanian National Coastline Agency, coordinating Virazon II’s operations, logistic arrangements, and press coverage. The survey targets were very generously shared by George Robb and Jim Goold of RPM Nautical, following their detailed surveys performed off the coast of Albania over the last 10+ years. INA is also honored to have Dr. Neritan Ceka as the project’s Albanian archaeological liaison; he is one of the pioneers of Albanian underwater archaeology, as well as the former Albanian Minister of Internal Affairs. 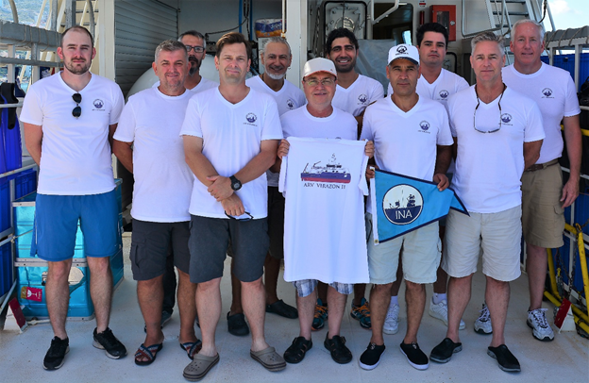 The first week of the Albanian coastal survey and site assessment focused on the area to the south of the UNESCO world heritage site of Butrint, at the very southern tip of Albania. To conduct this phase of the project, Virazon II anchored in a nearby cove, allowing the team to run survey dives from the small boat while the research vessel remained in protected waters. 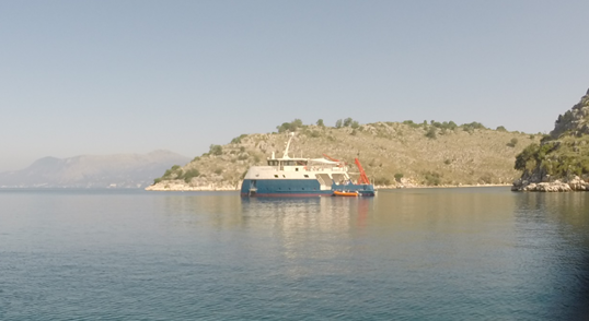 The team worked their way along the coast south of Butrint, covering several nautical miles of coastline over the course of six diving days. Divers worked in a line at staggered depths, from 24 to 15 m, to follow the steeply sloping seabed. A number of ancient remains, primarily consisting of amphora types from a wide variety of sources, were documented.

RPM Nautical has identified several wrecks along this stretch of coast, which will be visited later in July. The weather was good, with highs in the low 80s; the best operating schedule was morning surveys in the Corfu Channel, and afternoon surveys in more protected waters due to rising afternoon winds. 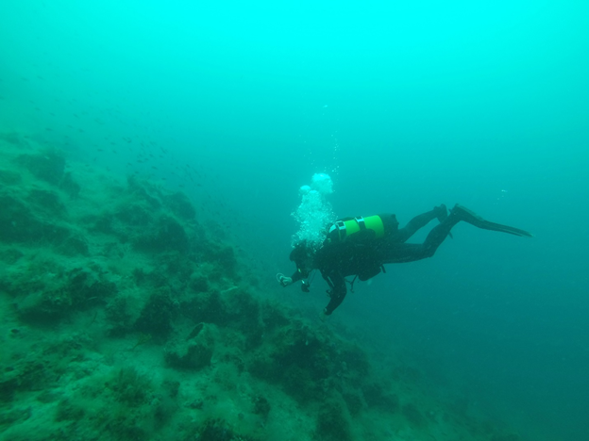 The next phase of the project moves Virazon II north to Sazan Island, about 10 NM off the Albanian coast near the city of Vlore. Dr. Staci Willis, co-principal investigator, arrives in time to assess a wreck located by RPM Nautical that carried Lamboglia 2 amphoras, dating to approximately the first century BCE. That survey is scheduled for July 12-17.