Virazon II continues its historic deployment to Albania, the first ever international trip for our INA archaeological research vessel! Thanks to outstanding cooperation with the RPM Nautical Foundation, several previously discovered wreck sites will be evaluated over the next month, with the goal of determining future excavation projects. Dave Ruff, the co-Principal Investigator this summer, reports that the ship is operating flawlessly, and the initial diving has gone very smoothly. The project kicked off with some excellent press coverage (see the attached links), and Virazon II may host a reporter and a TV crew while working in Albania. Auron Tare, the General Director of the Albanian National Coastline Agency, has been instrumental in the positive reception of our ship. Reflecting his long connection to George Bass and their years of work to bring INA to Albania, Dr. Neritan Ceka, a renowned Albanian archaeologist as well as the former Minister of Internal Affairs and former Albanian ambassador to Italy, will be the project’s archaeological liaison for this summer. 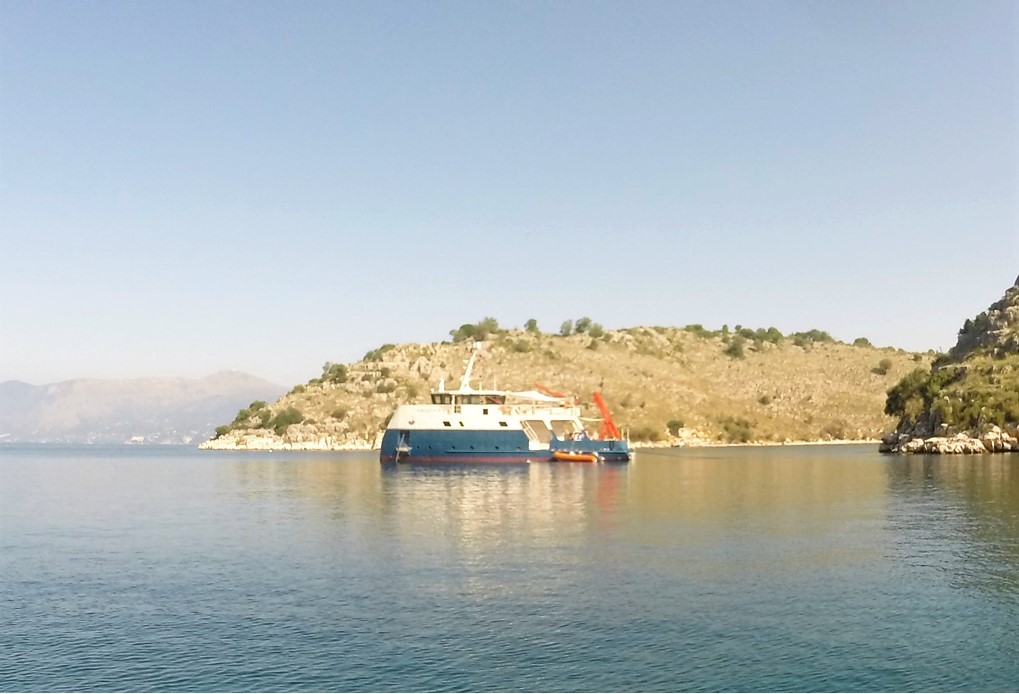 Virazon II anchored in an Albanian cove, with the Greek island of Corfu in the distant background 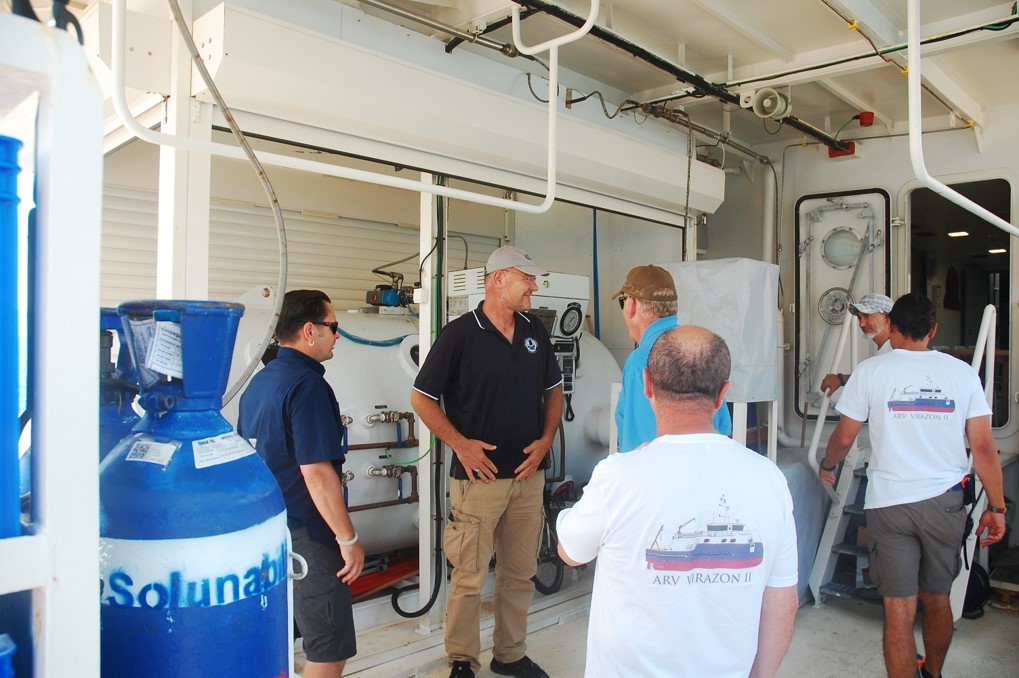