2014 Field Season Draws to a Close

From the very beginning of our time in Sri Lanka, we knew and expected that the arrival of the monsoon season between mid-April and mid-May would bring with it challenging weather and sea conditions that would slow the excavation. It came as no surprise, then, that the weather has hindered our work over the past few weeks, sometimes allowing us only one short dive by one dive team before conditions became untenable. 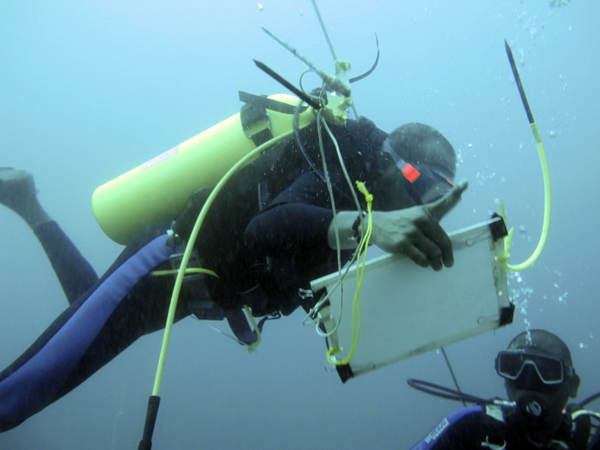 What was more surprising for us, however, was that all work ground to a halt when the Sri Lankan Navy notified us that they did not have the appropriate paperwork on file to allow our team access to the site. Our Sri Lankan colleagues explained to us that the necessary forms had been submitted to the Ministry of Defense, but, as sometimes happens, they were not passed on to pertinent parties, including the Navy.

Unfortunately, this clerical error led to over a week-long hiatus in our diving operations right at the end of the field season, preventing us from completing critical work, despite tireless efforts on the part of our Department of Archaeology colleagues to rectify the problem. Once it was finally sorted out and members of our team were allowed to get back into the water, there was only sufficient time remaining to pack up the excavation and secure it for the off-season, an essential part of the protection of any archaeological site.

Underwater archaeological excavations generally generate quite a bit of equipment on the bottom, and our site at Godavaya is no different: safety tanks, datum towers, grid lines, storage bins and baskets, mapping equipment, and excavation supplies all were on the seabed and needed to be collected, and sandbags needed to be placed on sensitive or exposed areas.

Mounting tensions and mixed signals concerning access to the site by foreign archaeologists (the same who have been diving on the site since the beginning) prompted us to leave those final underwater tasks in the capable hands of our local colleagues from the Sri Lankan Department of Archaeology while we assisted and supported their diving operations from the surface. They were required to be accompanied by divers from the Sri Lankan Navy. Our interactions with Sri Lankan Navy divers and officials in the final days of the project were overwhelmingly positive; they were pleased to assist our diving operations in any way possible, and are eager for our return in future seasons. 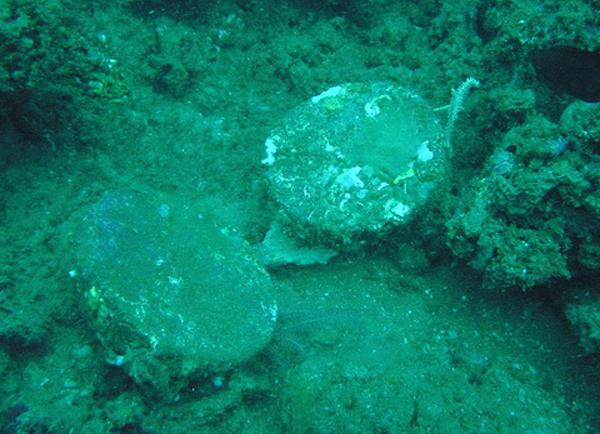 Glass ingots at the Godavaya site

Of course, dismantling and securing the underwater site was only a small part of the packing process. We also thoroughly cleaned all of our equipment.  All of the artifacts raised over the course of the season were carefully inventoried and packed for transport to Colombo, where they will reside with the Department of Archaeology and undergo preliminary stabilization and conservation. We packed our domestic items from the excavation house and arranged for their storage for future seasons, and the container, such a pivotal part of our excavation this season, was prepared for shipment back to the US. After several days of hard work, we finished our tasks and made our way to Colombo for a couple of days of shopping and relaxing in the capitol before our long journey home. 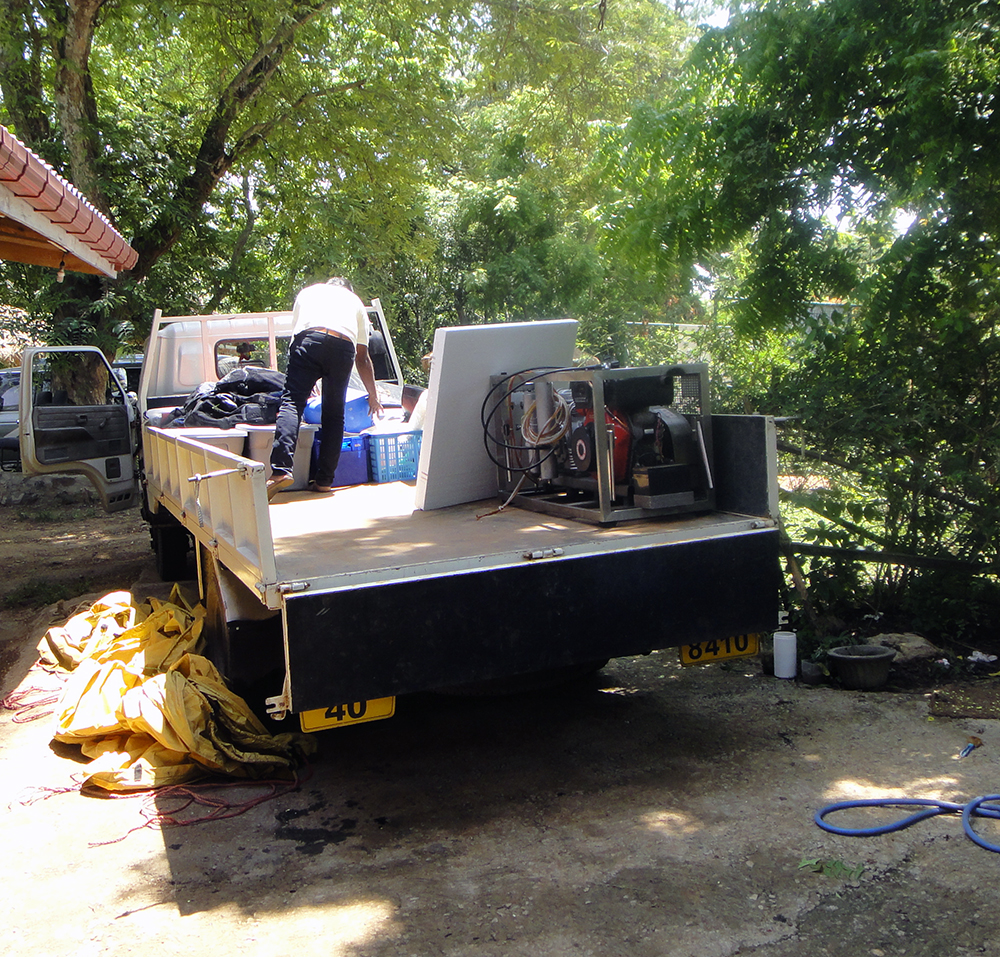 Most archaeologists will readily admit discouragement and disappointment when delays and hiatuses arise. Most will also tell you that these delays and hiatuses are a natural part of the early seasons of excavation, just like this one at Godavaya. Though we have experienced these discouragements, we are also excited and gratified by what our time under water did uncover—a wide assortment of significant finds that will help define the early maritime history of the Indian Ocean. This season we conquered the logistical issues of diving on the site and had six successful weeks of productive and safe diving, and we learned much about this important wreck. We exchanged technical knowledge and expertise with our Sri Lankan colleagues and forged working relationships that will last far into the future. As we look forward to future seasons, we will be even more prepared for the challenges that accompany the establishment of an infrastructure for underwater research in a new region of the globe.