Assembling the Team and Prepping for Underwater Work in Southeast Asia

Welcome to the very first blog entry of the first season of excavation of the Godavaya Project, the oldest shipwreck yet discovered in the Indian Ocean!

Team members have traveled from across the globe – from Texas, Mexico, Connecticut, and Turkey – to gather in Ambalantota, a small fishing village on the southern coast of the island nation of Sri Lanka. Here, we are joined by five Sri Lankan divers and several local assistants from the Department of Archaeology and the Central Cultural Fund.

Upon arrival half a world away from INA headquarters in College Station, TX, the team has been busy preparing the necessary equipment for excavation and setting up “camp” in a capacious and airy 7 bedroom-7 bath rental house with ample garden and patio space. Set up, here, being synonymous with shopping sends the team daily to bustling Ambalantota, an experience for all the senses! The fragrance of incense, the blending of car horns and lively music, the colors of street signs, merchandise, and local fashion – all combine to exude so much life on just this one street. 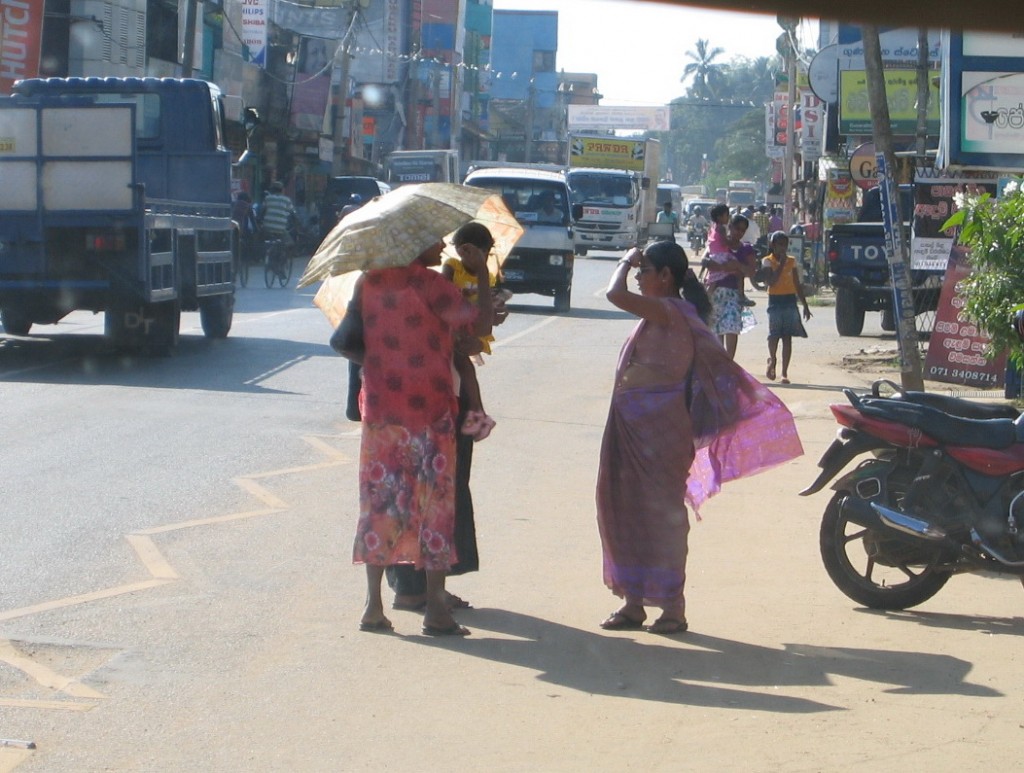 The day-to-day preparatory activities range from sorting and organizing the spare dive gear and medical supplies, to constructing the deco stop out of chain, shackles, pulleys and pipe. As with all excavations, a bit of ingenuity is always in demand, and such has proved true in Ambalantota, where there are none of the plastic bags which can be bought in bulk in Turkey. Enter Zafer and Orkan, INA staff members and the project’s go-to handymen, who devised a make-your-own plastic bag apparatus consisting of a portable stove, a large roll of plastic sheet, and one extra-long bread knife. Whether routine or exceptional, each effort brings us one step closer to excavation under water! 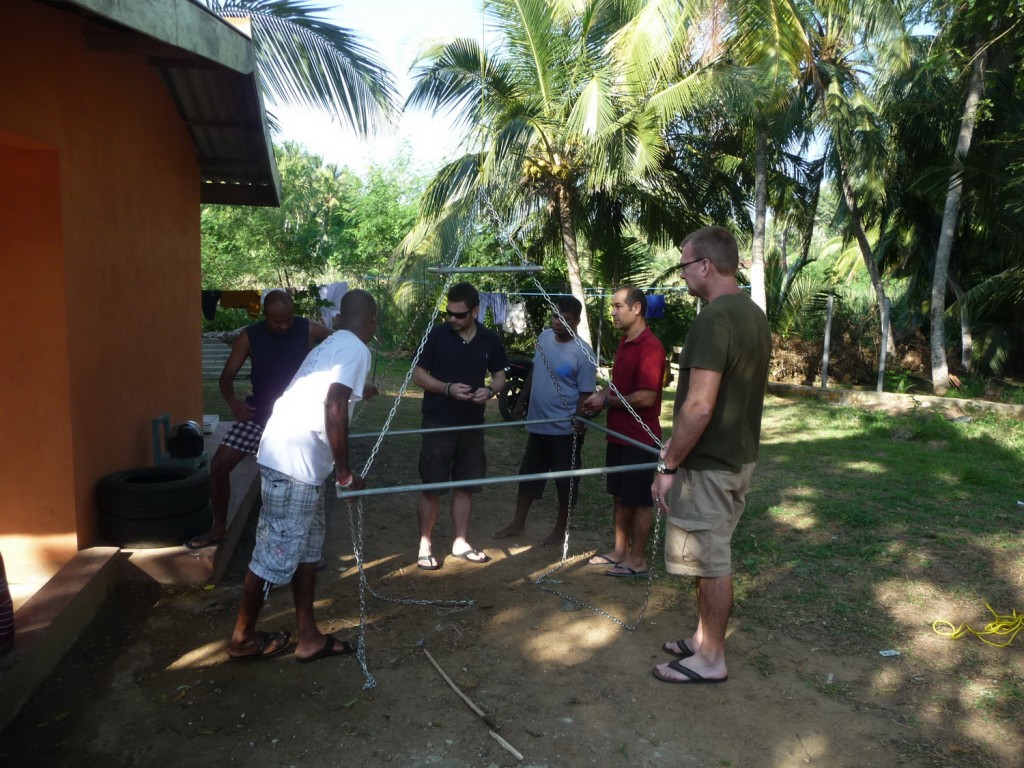 Zafer and Orkan have some help setting up the trapeze that will be our deco stop. Photo by Sheila Matthews. 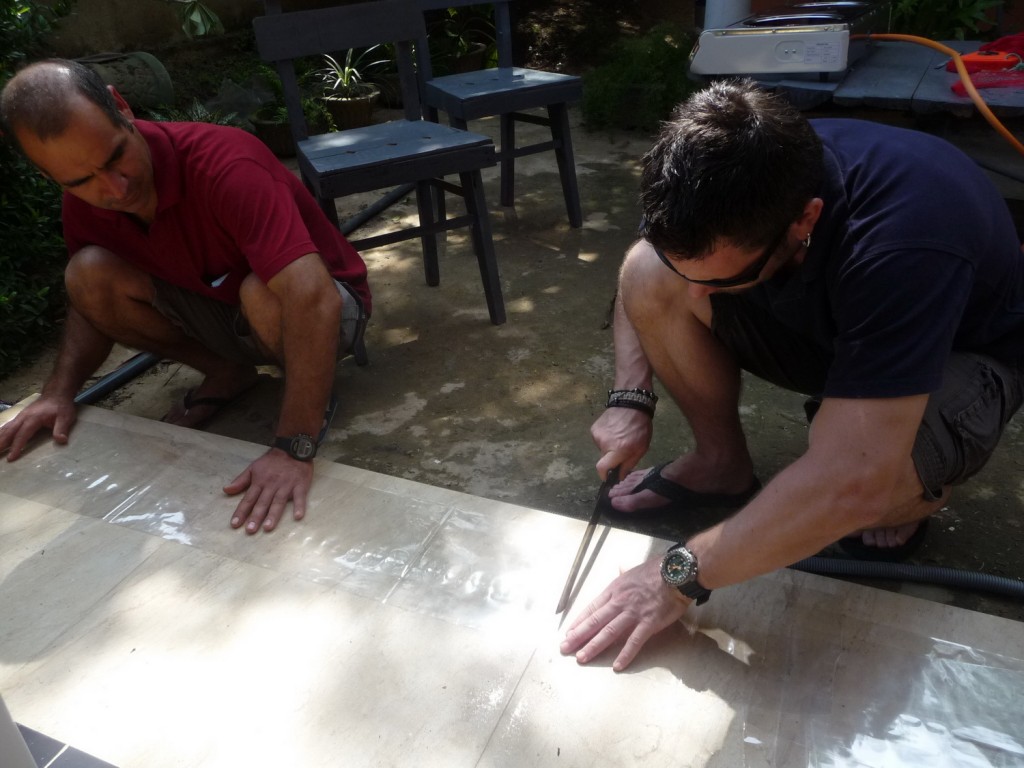 Of course, our purpose for traveling so far is to better understand the ancient maritime landscape of the area. As such, we have also made efforts to familiarize ourselves with the cultural and geographic landscape of the modern region, including an afternoon river cruise on the Walawe River, starting from the ancient river mouth. Our guide chronicled the stories of the river (including several run-ins with crocodiles) while we snapped photos of native wildlife including peacocks, fruit bats, monkeys, owls, bald eagles, and flying fish. The boat ride included a stop near a beach packed with traditional fishing vessels, huts, and a herd of water buffalo. The beach itself is pristine, clean and clear for miles into the distance, with monstrous waves crashing into shore; the type of beach many dream of when picturing the distant exotic lands of Southeast Asia. 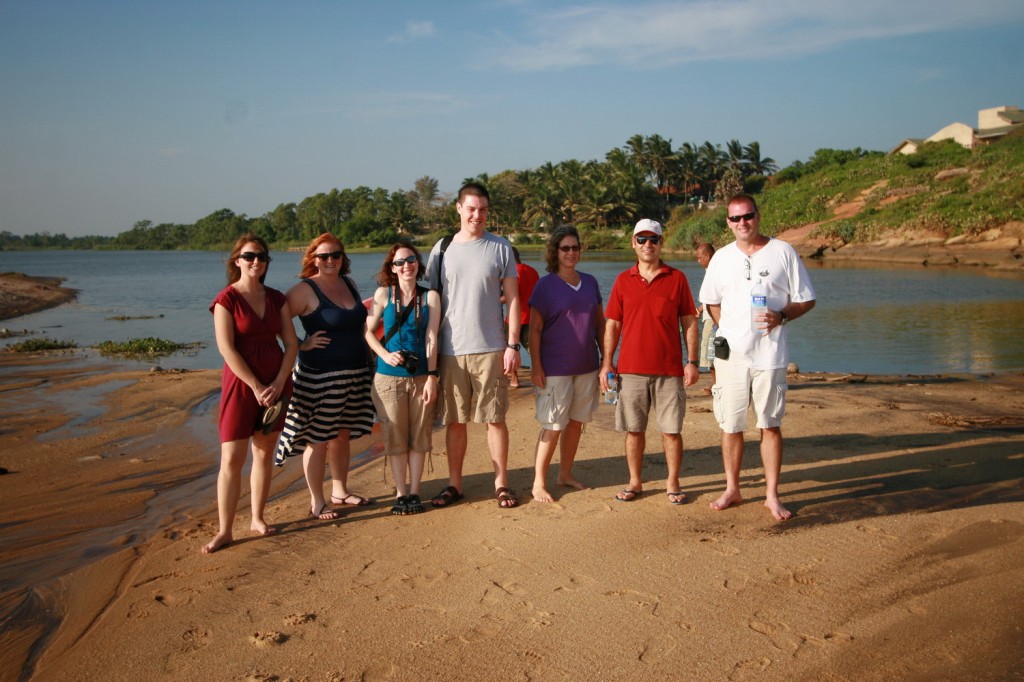 The group ready for a boat ride up the Walawe River. Photo by Deborah Carlson. 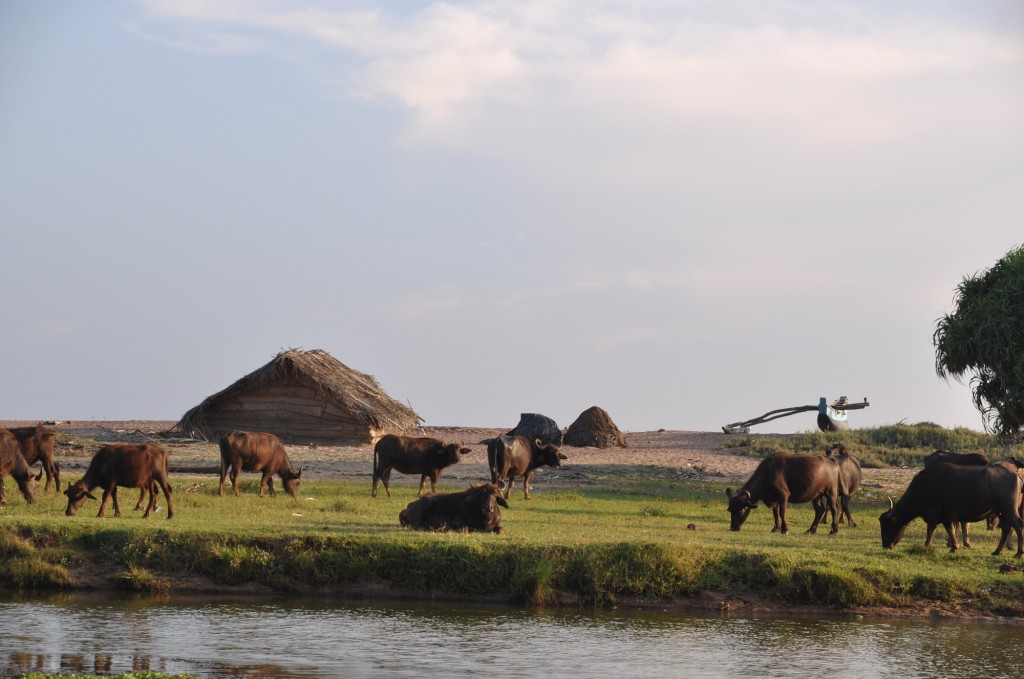 A herd of water buffalo along the banks of the Walawe River, with traditional fishing vessels and huts in the background. On the far side is the Indian Ocean! Photo by Orkan Köyaĝasıoĝlu.

At this stage, the preparations are nearing completion and the team is enthusiastic about beginning the next phase – diving on a site that is two millennia old! 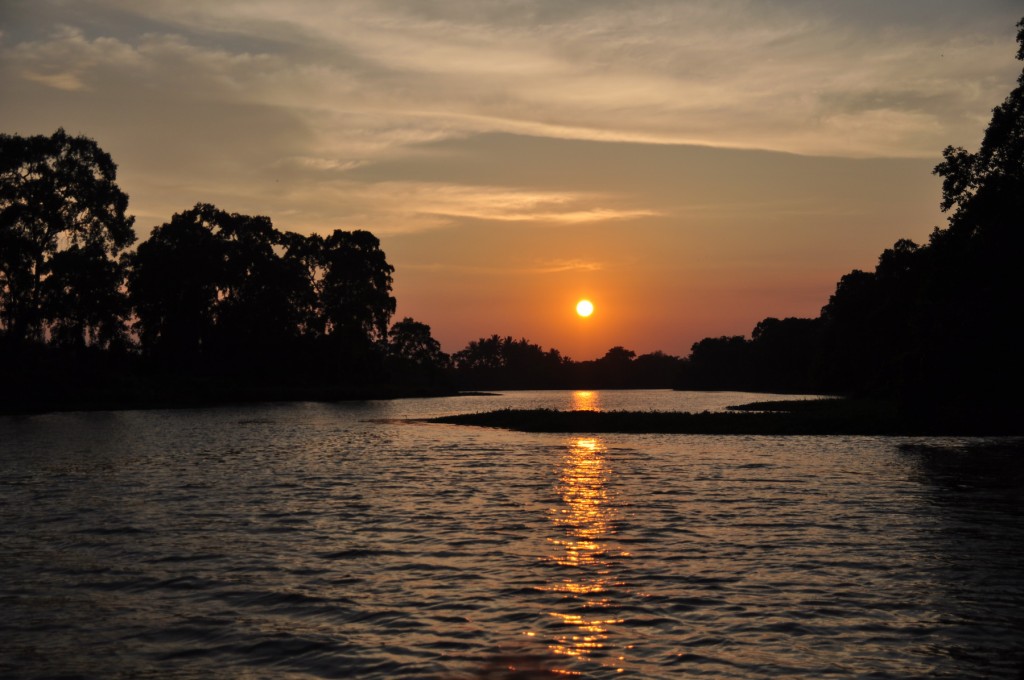 Sunset on the Walawe River. Photo by Orkan Köyaĝasıoĝlu.