Any archaeologist will tell you that delays are a part of putting on a project, and are particularly a part of putting on a project when it is in its early days! This is particularly true in Sri Lanka, where the Institute of Nautical Archaeology has attempted something which they never have before: the international shipment of the vast majority of the essential equipment for the campaign, including the chamber, diving equipment and tanks, and boats.

Months and months of preparation can only go so far, and as such, when we reached Colombo we came to the realization that we would face some delays in getting our container released from the Customs and Internal Revenue Departments. Couple the inopportune fall of a national holiday (which caused operations at the port to cease for several days) soon after the arrival of the container with a few unforeseen complications, and you have a recipe for quite a setback! 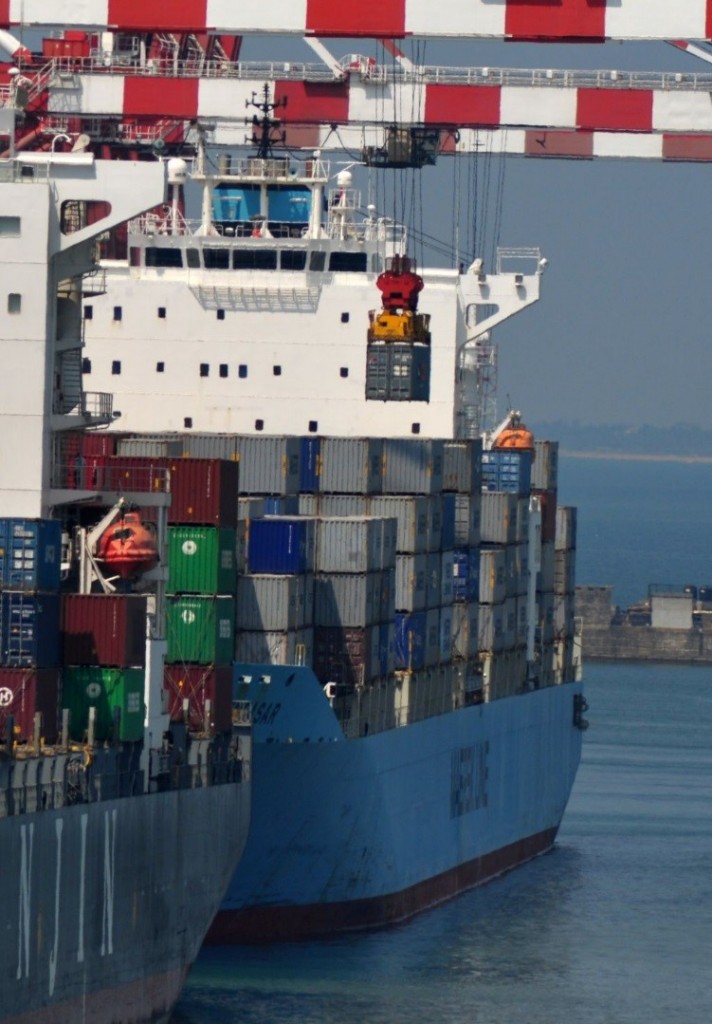 Containers being unloaded from the Maersk Denpasar, the ship that brought our cargo from Houston to Colombo. Photo by Orkan Köyaĝasıoĝlu.

Due to the assistance of Mr. De Silva, the Sri Lankan Department of Archaeology, and Horseman International Shipping Company, we have been able to accomplish much here in Colombo while we wait for clearance from the port. From trips as mundane as those to find a much-needed colander for our project cook, to those much more exotic, we have endeavored to keep ourselves busy, making the most of our time.

For example, Orkan and I visited the National Museum of Sri Lanka to examine artifacts there, searching for parallels to the various ceramic, stone, and glass artifacts that we find on our site. 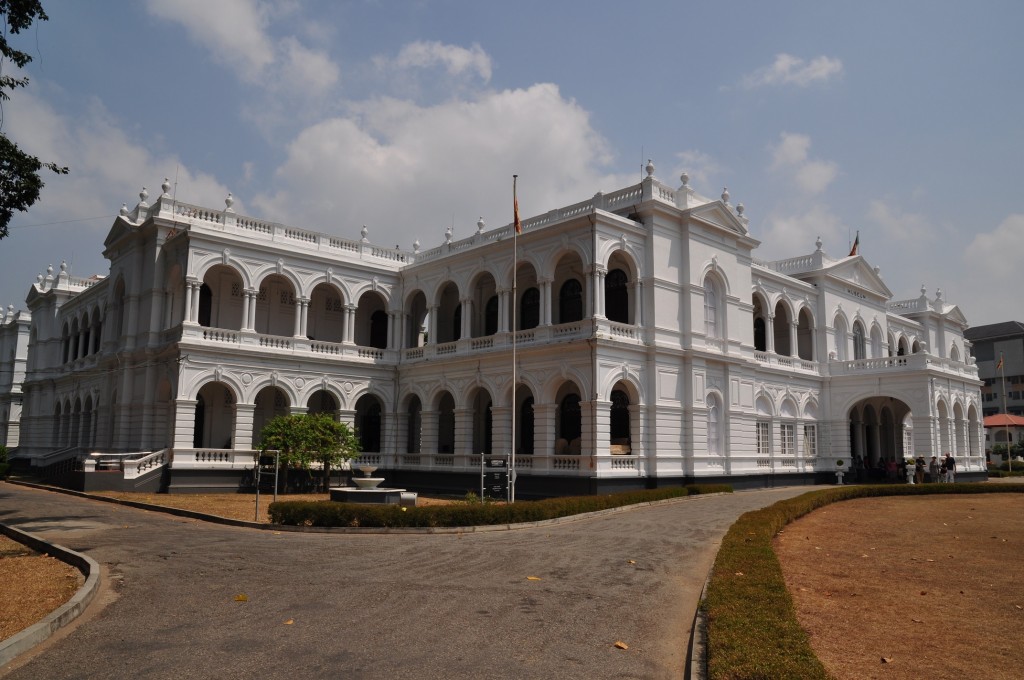 The National Museum of Sri Lanka. Photo by Orkan Köyaĝasıoĝlu.

Some of the artifacts we saw, like the stone querns seen below, are similar to those we find on site though these are much more elaborate. No provenience was listed for these artifacts in the museum, and we hope that further exploration of the ancient shipwreck at Godavaya will help to add to their story. 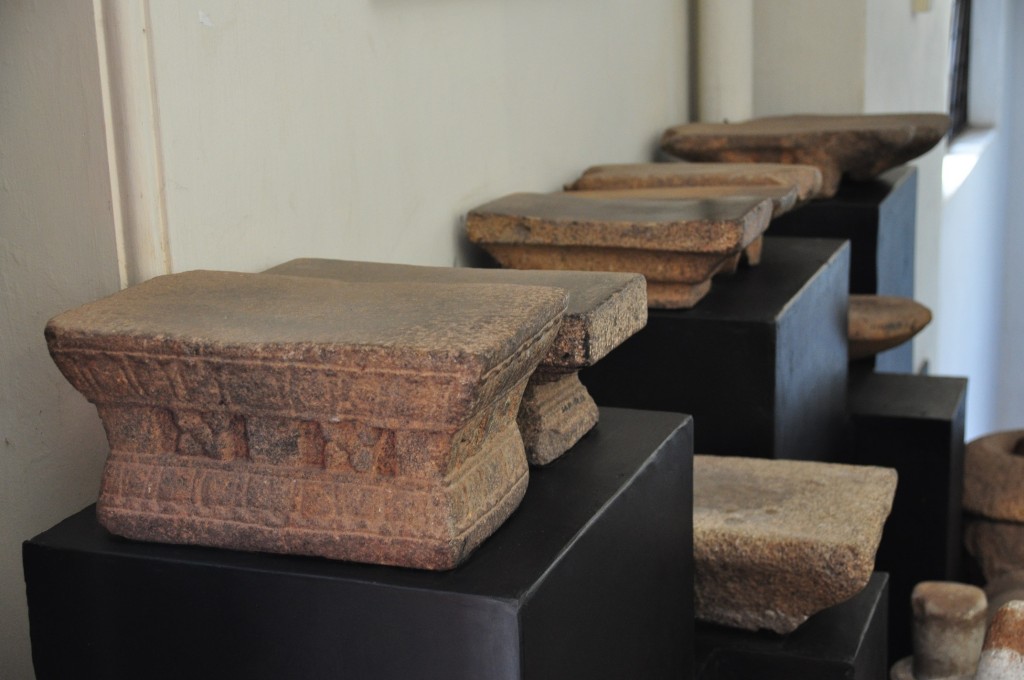 Various artifacts at the National Museum. Photo by Orkan Köyaĝasıoĝlu.

Later in the week, we made a trip south of Colombo to visit the fishing boat procured for us by Mr. De Silva, inspecting it for any changes that might be required to make it a more suitable diving platform. 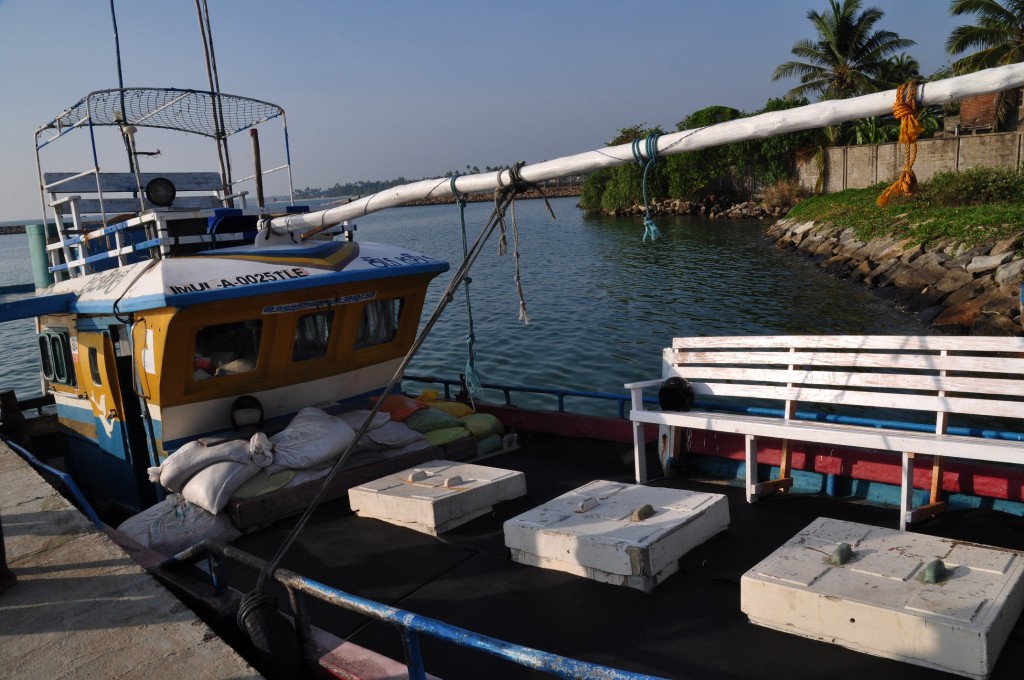 The Sea Horse, with a bench and safety mats installed for divers. We will also be adding a diving rack, storage space for tanks and artifacts, and another bench for divers to use while donning their gear. Photo by Orkan Köyaĝasıoĝlu.

Finally, we visited one of Mr. De Silva’s work sites to familiarize ourselves with his Nitrox unit and practice mixing nitrox with the system we will be using on site.

While we excitedly anticipate the release of our container, in some respects we are pleased to have plenty of time for preparation, planning and set-up at the beginning of this project!