While we were in Colombo, Karen Martindale and I had the opportunity to examine the conservation facilities at the Department of Archaeology while the rest of the team took care of some logistical concerns. We met with the lab’s head conservator, Anusha Kasthuriarachchi, who enthusiastically discussed the conservation process that the artifacts from the 2012-2013 field season at Godavaya were undergoing. 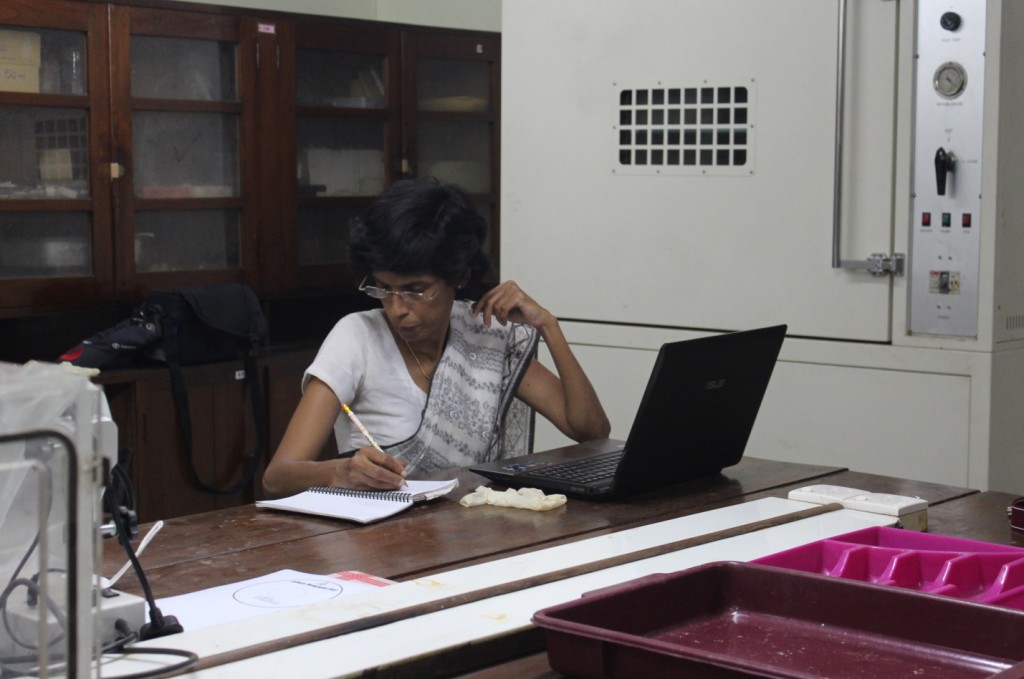 Anusha informed us that pre-conservation photos had been taken, supplementing our photos taken in the field last year, and she showed us the various forms the conservation laboratory used for documenting the conservation treatments. She also explained that the laboratory staff had only recently started the process of desalinating the various stone and ceramic pieces. All of the artifacts from the previous field season were present and accounted for and each had been assigned to a conservator at the laboratory. All of the artifacts, except those being actively worked on, had the Mylar tags they had been given in the field and were being desalinated in plastic containers. On the outside of these were identification numbers, the artifacts’ material type, and assigned conservator. Karen and I explored the lab along with Orkan Kōyağasıoğlu and took photographs of the facilities and the various artifacts. 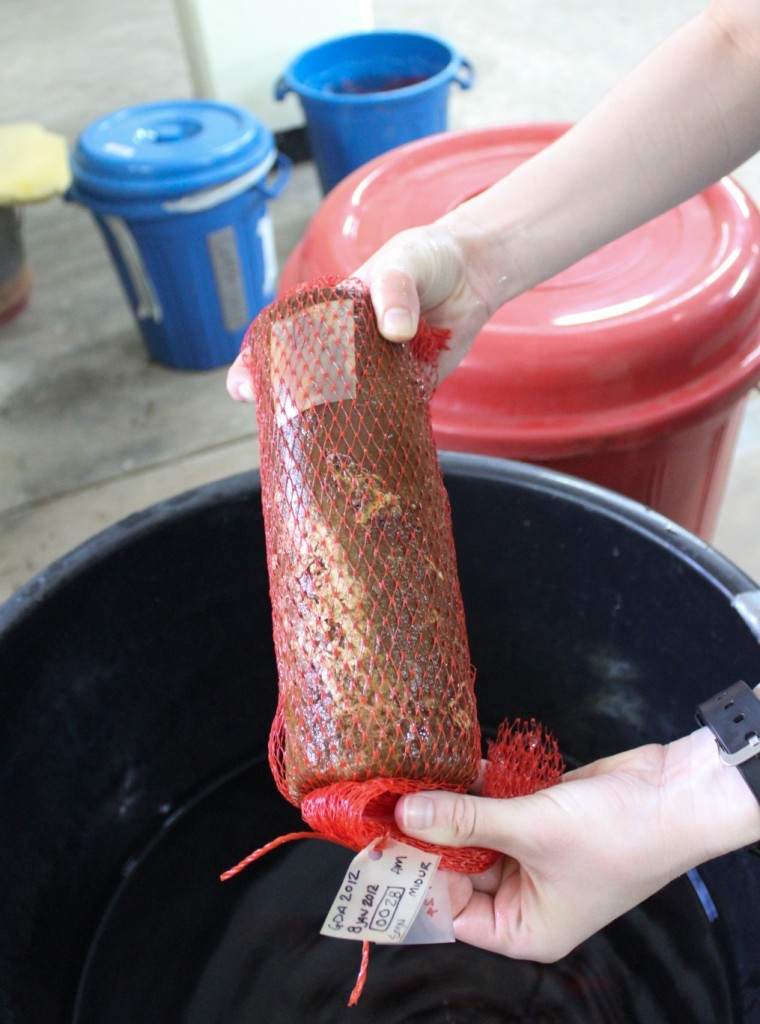 We also got to observe one conservator, a woman named Dammika, carefully using a scalpel to remove marine encrustation from the surface of Lot 0027.01, a black and red ware bowl. While we are only just beginning our season here, it is gratifying to know that any artifacts raised during the 2014 season will be well cared for when they are eventually moved to the Department of Archaeology for conservation and more permanent, long-term storage.

Conservator Dammika mechanically cleaning one of the bowls from the Godavaya wreck. Photo by Orkan Kōyağasıoğlu.