Final Dives of the Season

Today was our last day of diving on the site. After days of increasingly difficult weather conditions, the sun came out and the seas calmed. We could actually see the sandy bottom of the harbor when we arrived in port first thing this morning! The visibility was just as good on the site, and though the current was strong, we were able to wrap up our work for the season. Our professional photographer, Susannah H. Snowden, was able to finally get some good underwater shots. Key artifacts were mapped in using the established datum points and raised to the surface. The excavated areas were covered again using backfill, the grid lines were removed, and the safety tanks brought up. On such a beautiful day for diving and with such exciting artifacts surfacing, it was hard to leave that day, but again the demands of underwater archaeology require a lot of work to be done on land. So, we packed everything aboard the Puffin and chugged away from our site until next season. 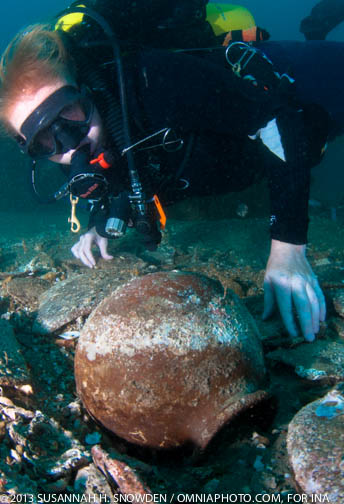 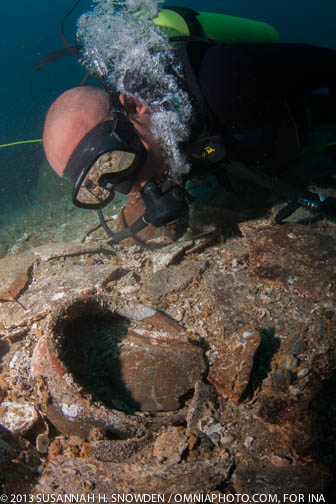 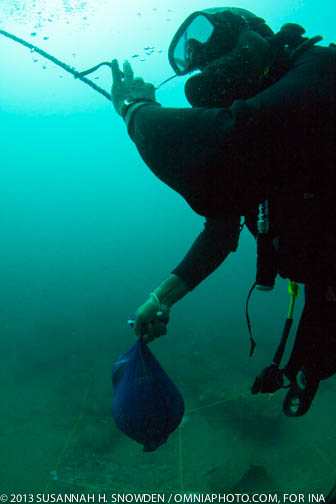 Amalka raises the complete pot to the surface. Photo by Susannah H. Snowden.

In the afternoon, Dr. Osmund Bopearachchi joined us for the final inventory of the artifacts we raised during the morning dives. His knowledge of the local archaeological record proved invaluable as he explained the significance of each of our finds. These included a matching quern and grinding stone set, a black glass ingot that represents the oldest of its kind found in the Indian Ocean, a complete pot of red ware that is perfect for chemical and palynological studies, as well as fish plates and a small bowl of red and black ware, which were commonly used by monks before the 2nd century C.E.  I found this last group of artifacts particularly intriguing – Do these finds indicate the presence of monks aboard the ship? Or perhaps our cargo represents a shipment to a monastery? Unfortunately, these are questions we will not be able to answer without further research, but the new finds certainly leave us enthralled and eager to come back next season for further investigation! 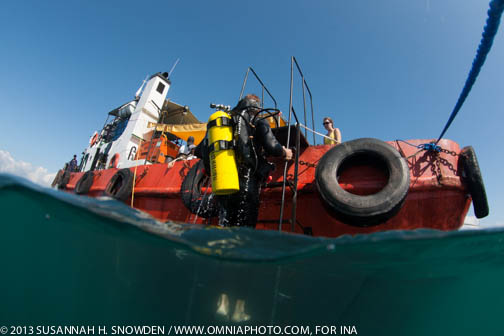 Our final day on the Puffin XI. Photo by Susannah H. Snowden. 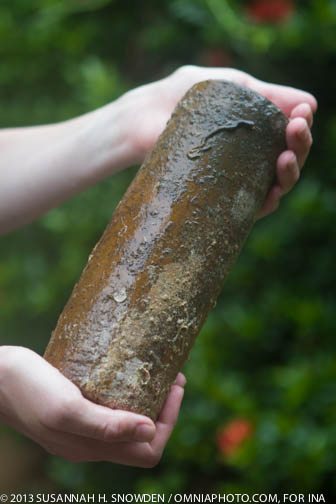 A grinding stone found near one of the querns (featured in previous posts). Photo by Susannah H. Snowden.