On our day off from diving, some of the team members went to visit one of the most famous pilgrimage spots in Sri Lanka, the temple complex at Kataragama.  In July and August, this little town is filled with thousands of people making their way to the religious site, most of whom come on foot.  Hindu devotees travel from as far away as Jaffna, a city at the northern tip of the island, for this very important festival which can feature elephant parades, meditation, and fire walking. 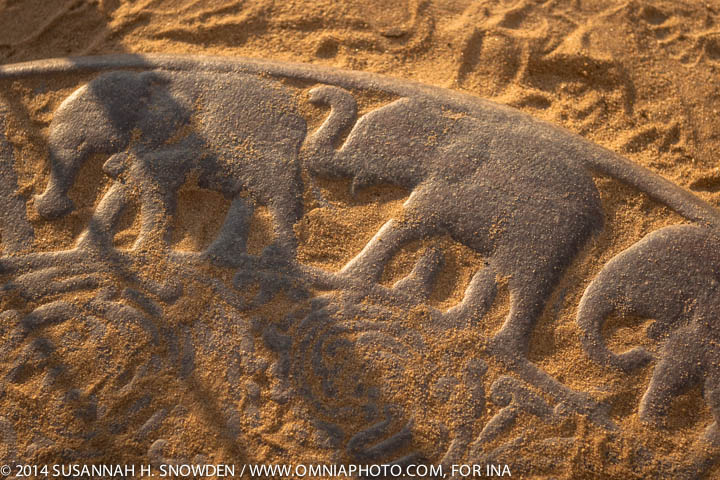 Elephants carved into the entryway of the Buddhist shrine. Photo by Susannah Snowden. 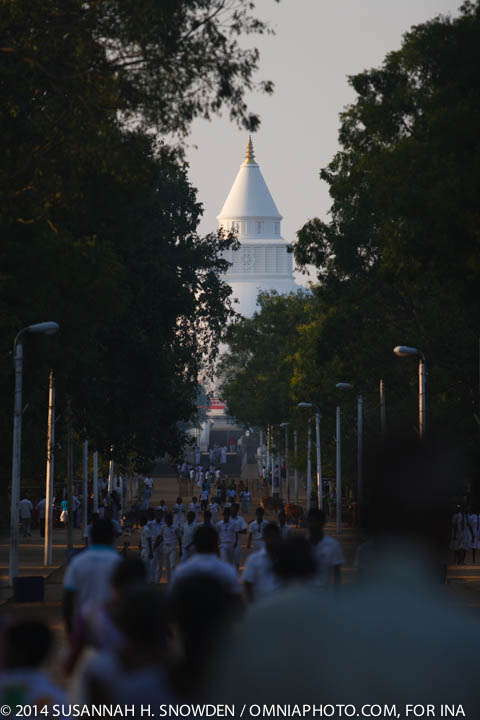 The Buddhist Stupa of Kataragama. Photo by Susannah Snowden.

It was considerably more quiet when we were there, though no less impressive.  The sacred precinct has Hindu temples and a Buddhist stupa as well as a mosque.  The large amount of religious diversity in one shared space is one of the more striking features of this site.  As we walked around the stupa watching the orange clad monks leading meditations we could see the brightly painted Hindu temple situated next to it with the minarets of the mosque rising in the background. 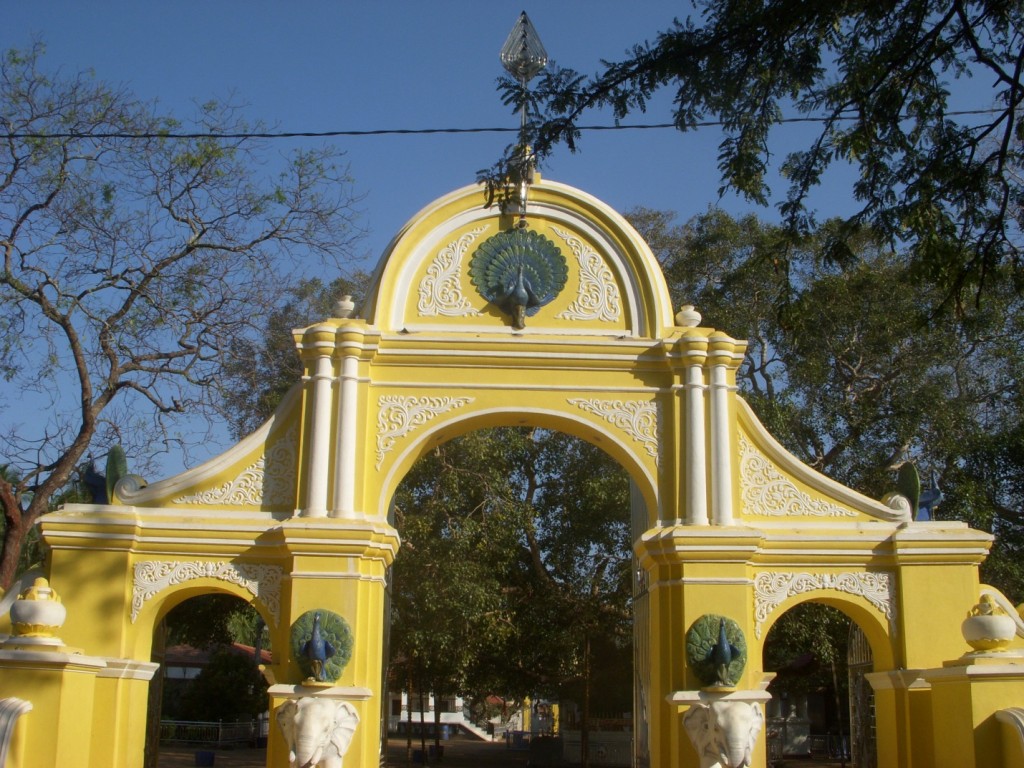 The entryway to the very colorful Hindu temple. Photo by Megan Collier. 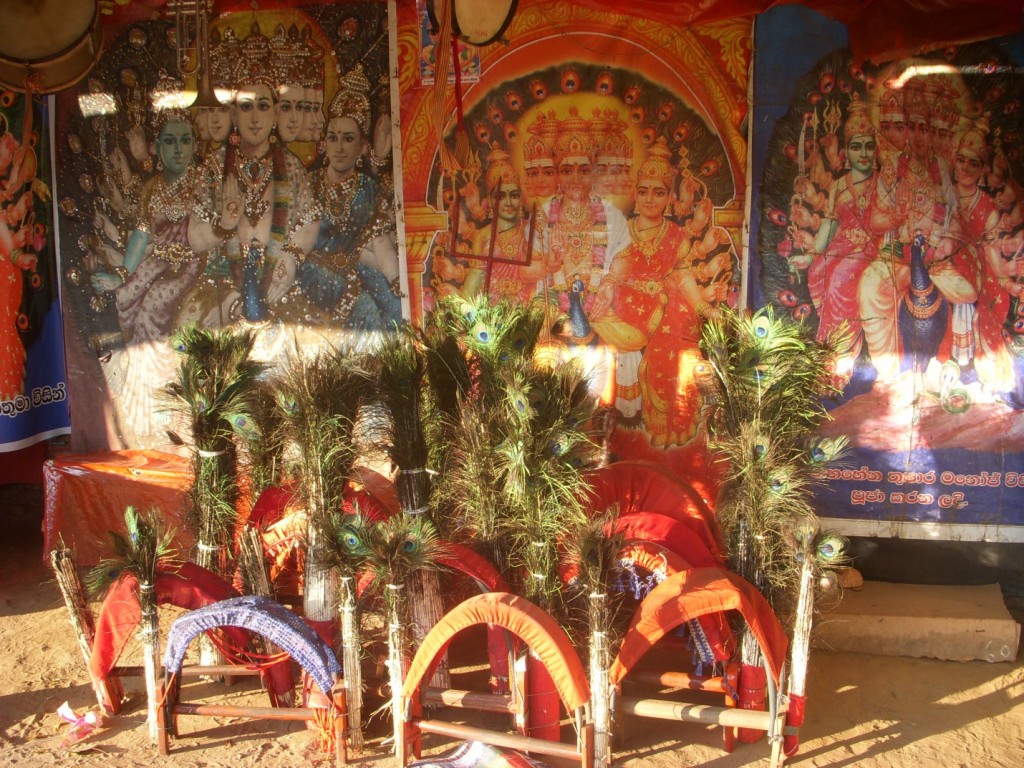 Making our way down the broad main boulevard, we saw monkeys and cows as well as roosters roaming free.  In the Hindu precinct we watched a procession with drummers and dancers wind their way to the different shrines to pray to each deity. Two of the team members were even convinced to join in the dancing!  In the mosque courtyard an old man showed us the sacred spots of the area which included three palm trees that grew from one seed and a tree that leaked sap that smelled like vanilla. 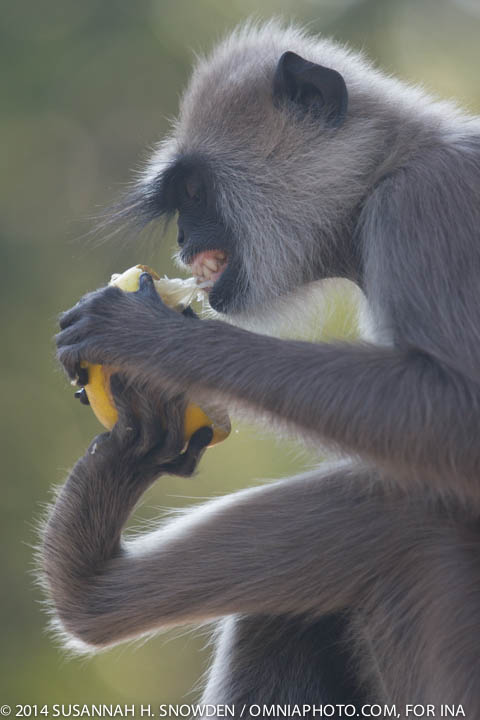 A monkey eating a lemon. Photo by Susannah Snowden. 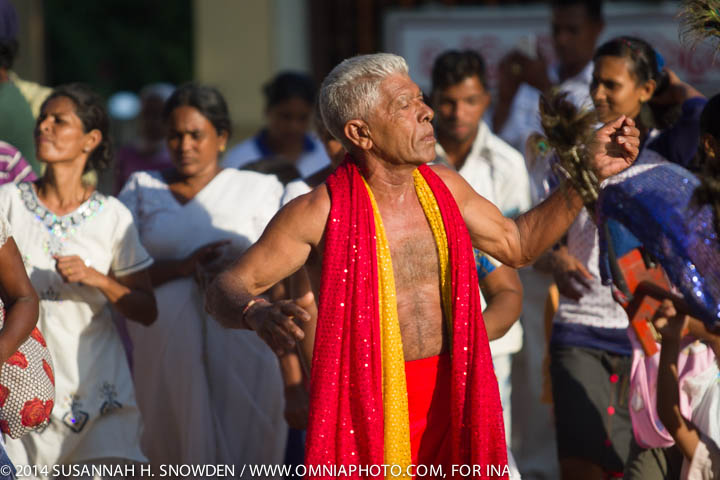 A dancer in the Hindu procession. Photo by Susannah Snowden.

From there we crossed the Menik Ganga, the sacred river that flows through the complex, where people were performing ablutions before they went to worship.  On the other side of the river a considerably scaled back market offered fruits and meditation beads for sale.  It was very apparent from the number of closed shops just how busy this area is during the festival.  The Kataragama temple complex is an excellent example of how the different religions in the area have been melded together in a way that is distinctly Sri Lankan. 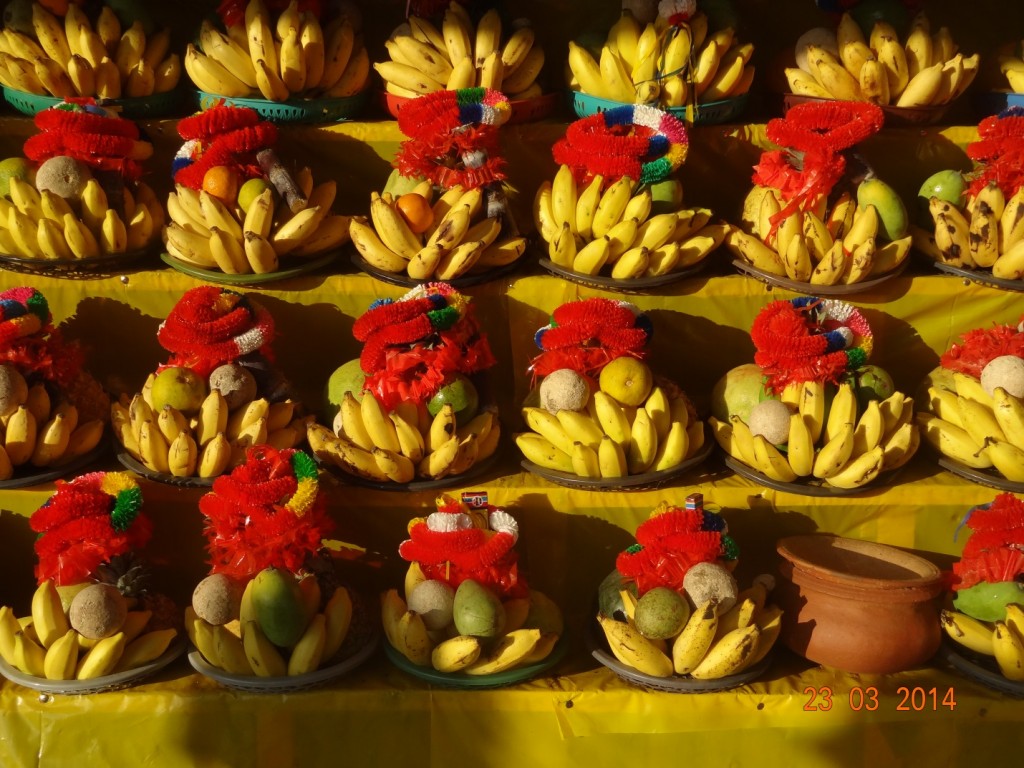 Fruits for sale as offerings in the Kataragama market. Photo by Angie Mitchell Sunker.