While 2014 field director Orkan Köyaĝasıoĝlu and assistant field director Laura White worked on navigating our shipping container through customs in Colombo (a post of their activities is forthcoming), I led the rest of the team south to site.  After recovering from the long journey to the far side of the world from College Station, TX, a resilient group of the Godavaya 2014 team members loaded up and made the drive from Colombo to Ambalantota.  Arriving late, we were greeted by Sunil and Preminda, the two fishermen who found the wreck, worked with us last year, and protect the wreck during the offseason.  Considering the late hour, we unpacked only the essentials and cleaned off an area in the common room to serve as a dinner table for a picnic-style meal of sandwiches, apples, and cookies.  As with the start of any new field season, much prep work is needed at the base of operations.  In Sri Lanka, this base is the Hotel Ransilu, a spacious and airy five bedroom-five bathroom home near to the port at Hambantota.  The team spent several days unpacking, inventorying, cleaning, and organizing all the items that had been left in storage from last season and those brought over with the team members themselves. 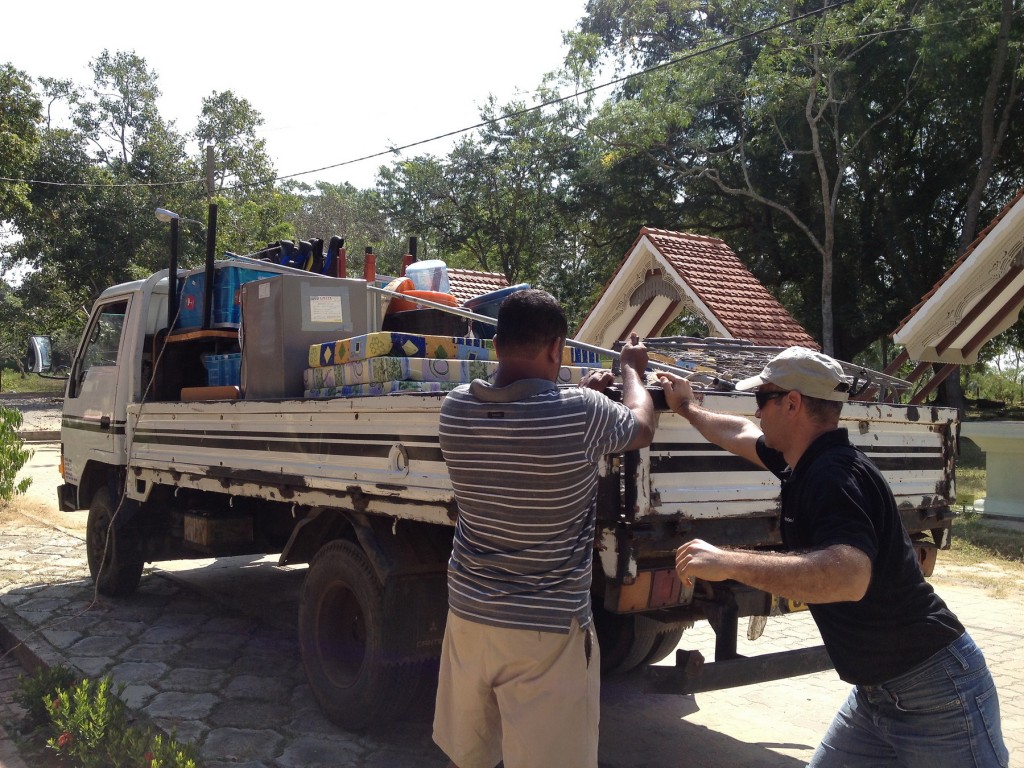 Zafer helps load the truck that transported our goods from a storage room at the museum in Kasagala back to the house in Ambalantota.

Over the course of our preparations, several trips into the town of Ambalantota have been necessary.  So once again, we dived into the colorful, bustling streets of this fishing hamlet.  There were sheets to be laundered, fresh water delivery to be set up, and equipment to be acquired at our local hardware store. 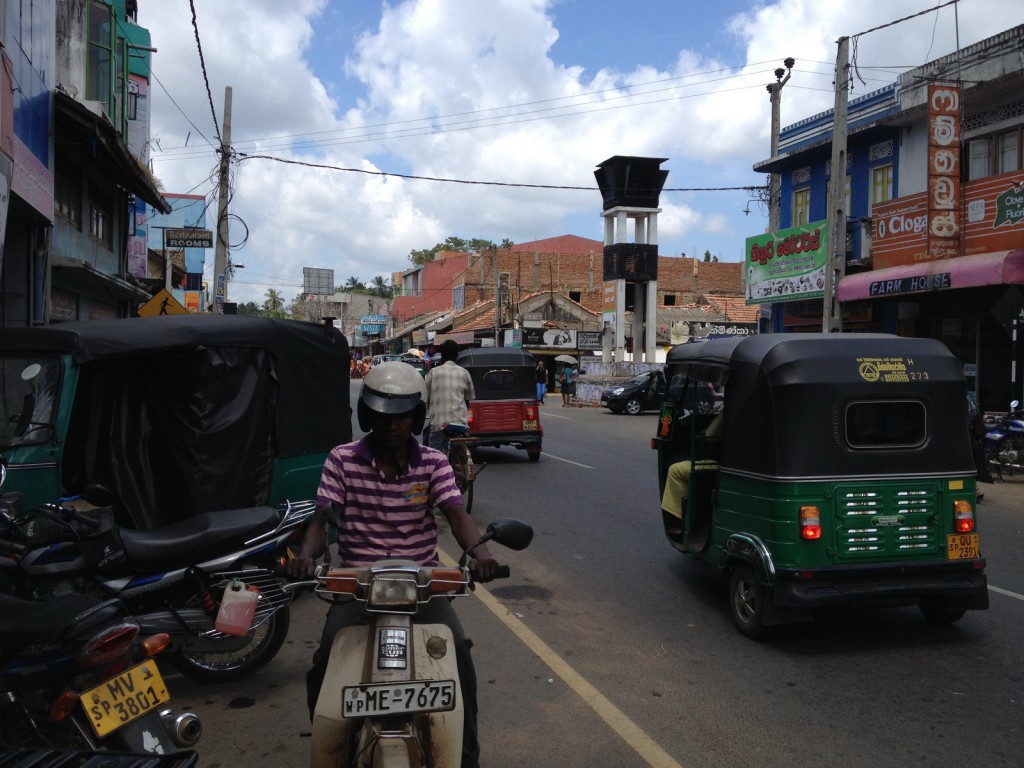 A busy day in Ambalantota. Photo by Staci Willis.

And of course, we very quickly put our old friend, the local welder, back to work fashioning a new barrel buoy and datum towers to facilitate our work on site. 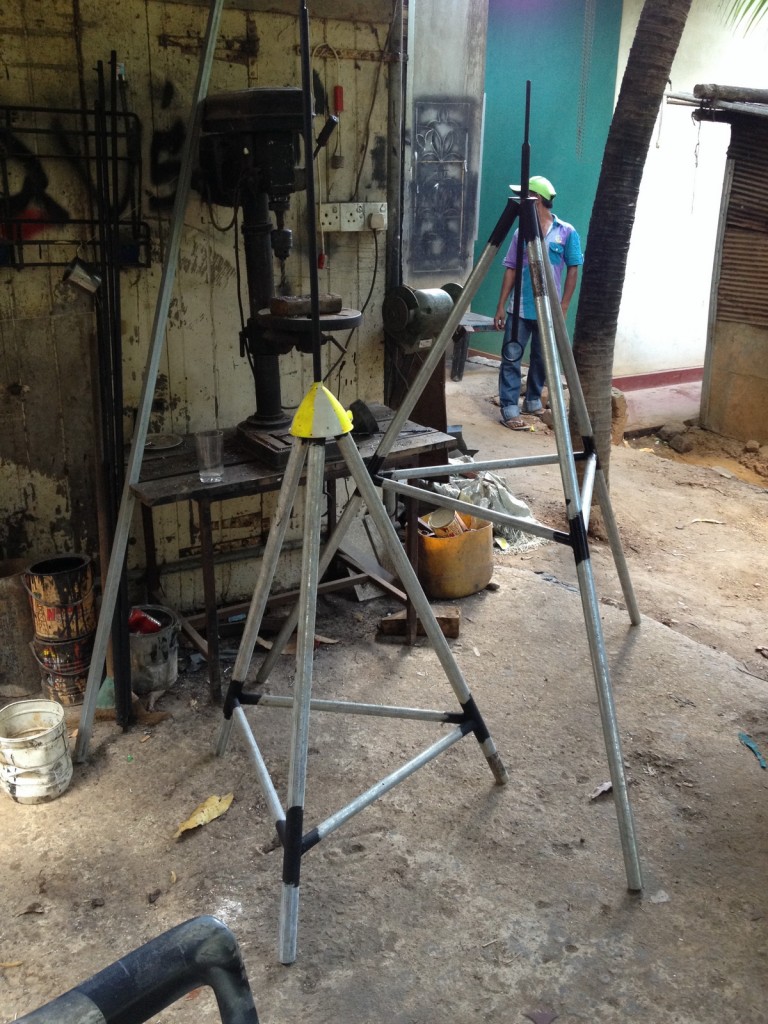 Two sample datum towers constructed by the welder. These will be used to map artifacts. Photo by Staci Willis.

As our home base comes together we are ready for the arrival of the shipping container which carries inside the key elements to our efforts – a recompression chamber, large volume tanks, two inflatable ribs with outboard motors, and most of the team members’ dive gear!