Several days ago the team had the opportunity to visit two sites in Sri Lanka – Yatala and Tissamaharama – as part of our continued efforts to learn about and engage with Sri Lanka’s history and culture. At Yatala, we were first invited inside the archaeological museum, which houses an array of statuary and small stone ‘benches,’ some of which are very reminiscent of what has been recovered from the shipwreck.

Once outside again, we left our shoes on the steps leading up to the nearby stupa, a Buddhist temple, and wandered, taking in the majestic structure. Around the premises were statues enclosed by large, vertical slabs of stone; at the feet of the statues were small bowls with offerings of incense. A covered shrine with several small statues of the Buddha and bowls for incense sat atop a brick platform placed alongside the stupa. 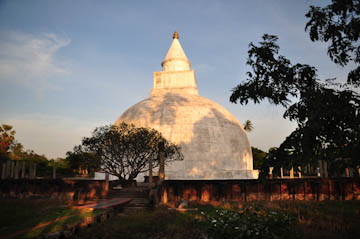 The stupa at Yatala. Photo by Orkan Köyaĝasıoĝlu. 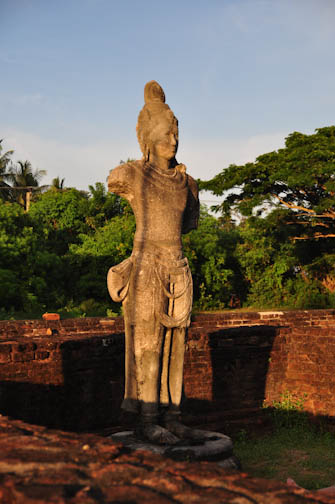 One of the statues at Yatala. Photo by Orkan Köyaĝasıoĝlu. 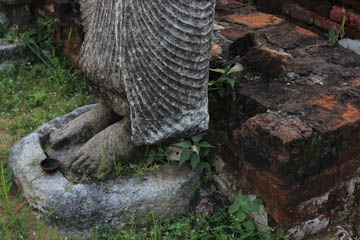 Incense bowl at the foot of a statue at Yatala. Photo by Arianna DiMucci.

The day would not have been complete without us also visiting the stupa at Tissamaharama, which was built in the 2nd century BC by King Kavantissa and where, enshrined within, is a sacred tooth and forehead bone relic from the Buddha. The team again padded barefoot around the stupa, taking in the colorful goings-on of the site as the sun set around us. 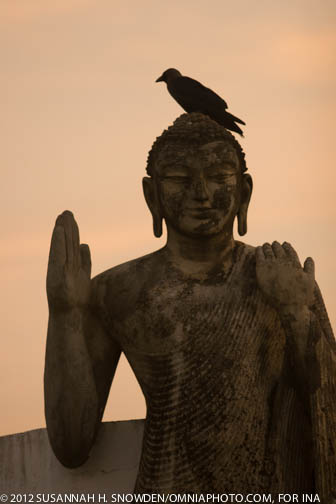 Of course all of this exploration and sight-seeing is vital in that it provides us with a historical, cultural and even religious context in which to potentially frame our shipwreck as we get closer and closer to diving on the site and working on it firsthand.