Part of the first order of business for the archaeological work on site this season was to determine the full extent of the site and understand how far archaeological material extends.  So we sent teams of archaeologists in each of the four cardinal directions, starting from the main 18-meter-long pile of concreted iron and copper ingots.  Each team created a shallow trench about half a meter wide, removing just a small amount of sand, exposing the archaeological material just beneath the surface, and then continuing out until they ran out of artifacts.  Our efforts revealed an especially rich concentration of artifacts to the south and east of the large concretion mound.  Here team members uncovered at least four stone querns, several cylindrical grinding stones, and a wide array of ceramic vessels — everything from large storage jars over a meter tall, to intact round bowls, and even a conical flask the likes of which our Sri Lankan colleagues have never seen.  Armed with this knowledge, we can now extend our excavation area in a guided and methodical manner. 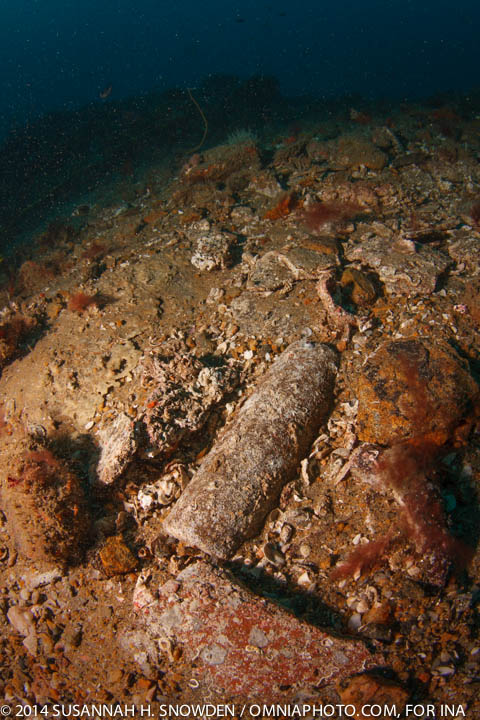 One of the cylindrical grinding stones discovered while searching for the extent of the site to the east of the mound of ingots. Photo by Susannah H. Snowden.

Of course, as archaeologists, the most important step in this process of determining the extent of the site is creating a detailed record of our work.  Thus, following right behind the teams exploring shallow trenches in each direction, was a team of photographers carefully capturing the newly exposed areas digitally.  These divers hover over the site, snap a photo, move forward a few meters, snap a photo, etc.  All while maintaining their buoyancy at the same depth from shot to shot.  These photos are then stitched together in Photoshop to create a photomosaic of the site. 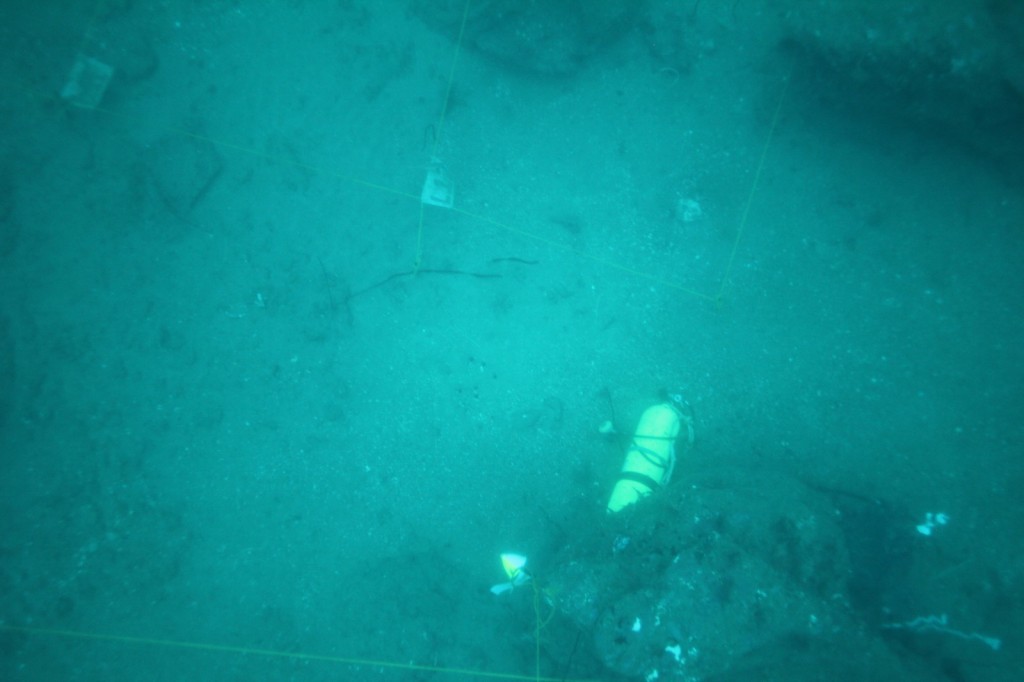 A single photo of a portion of the site for the mosaic. Note the corner of the excavation grid at the top of the picture. Photo by Megan Collier.

A single photo such as this is stitched together into a row, comprising one full length of the site. 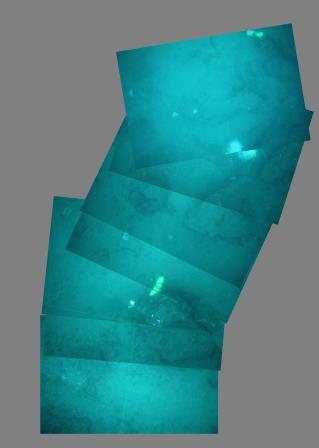 Several single shots stitched together into a row. Note the effect of the surge on the diver. Photo by Megan Collier.

And then the rows are stitched together into the general site overview.  Once the photomosaic of the Godavaya shipwreck site is complete, it will be used in dive meetings to help orient our discussions of the next day’s work areas and in future planning sessions as we adapt our overall excavation plan for the site.