After another full week of diving, a few members of the team decided to use our day off to go to the Elephant Transit Home, a rehabilitation center for orphaned elephant calves, and the Udawalawe National Park. Though elephants are not hunted for sport or food, there are occasional elephant-human conflicts that cause calves to be orphaned. They are kept at the ETH until they are five years old and then released into the wild, often into Udawalawe National Park, which is right next door. Visitors are only allowed to enter the facility during feeding times, so thankfully we arrived just in time! 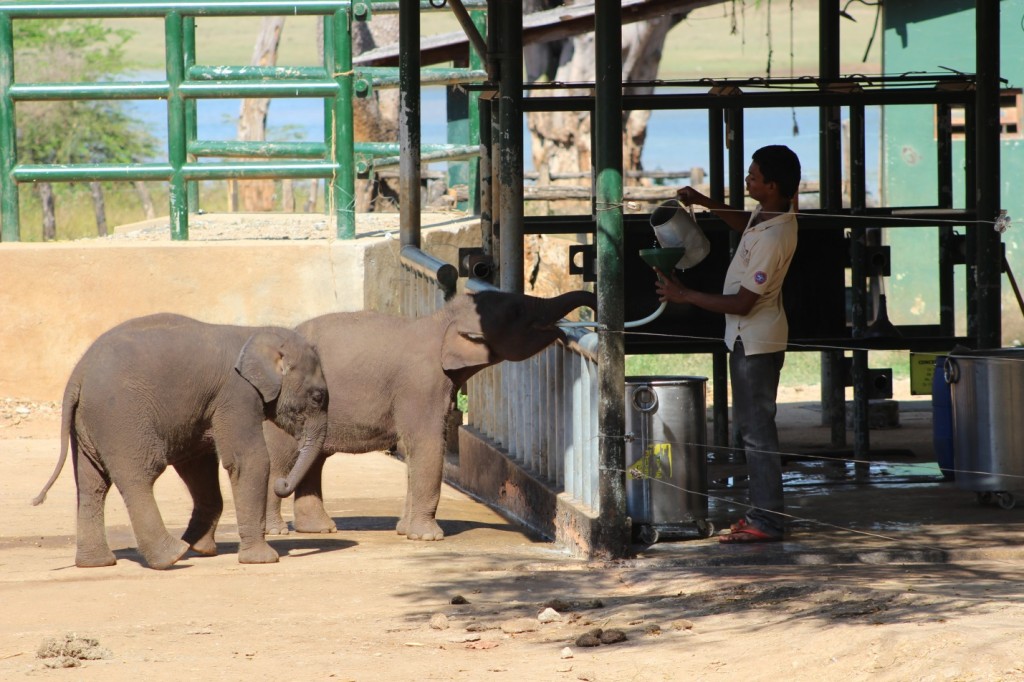 Of the 40-50 young elephants at the Elephant Transit Home, this is the only one that we are unsure could be rehabilitated, but it is amazing that the staff care so much for the elephants that they would fashion one a prosthetic limb. Photo by Megan Collier.

The visit to the ETH was sad, but heartening, and our spirits were lifted during the safari in Udawalawe National Park, where we saw several families of elephants, made up of all ages—even a couple of calves that were less than three months old, sticking close to their mothers. 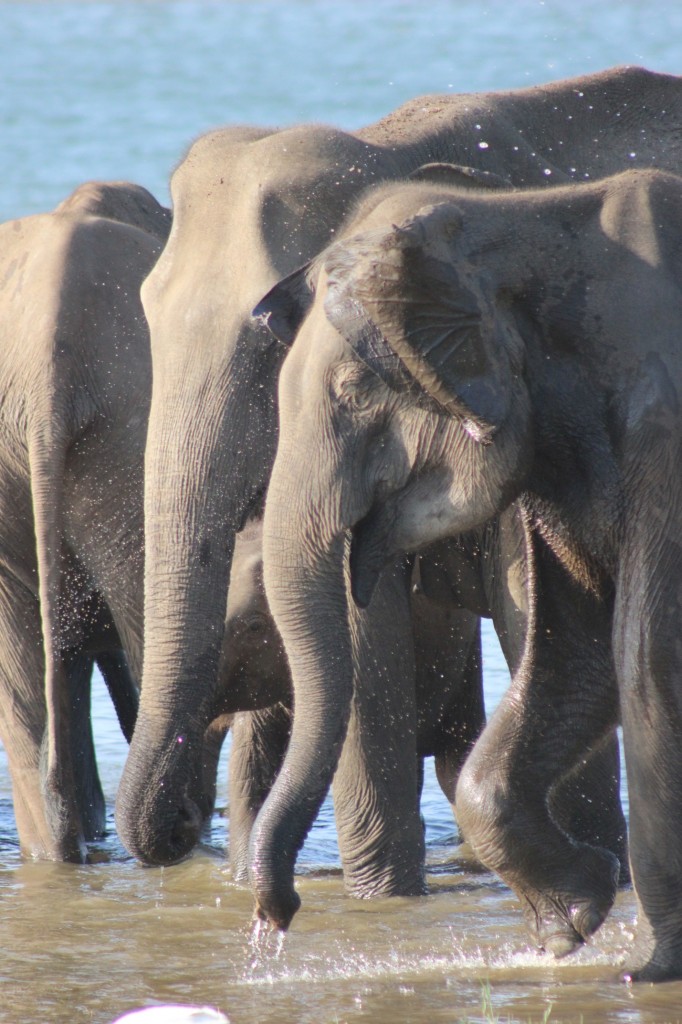 Taking a few minutes to cool down in the lake. Photo by Arianna DiMucci. 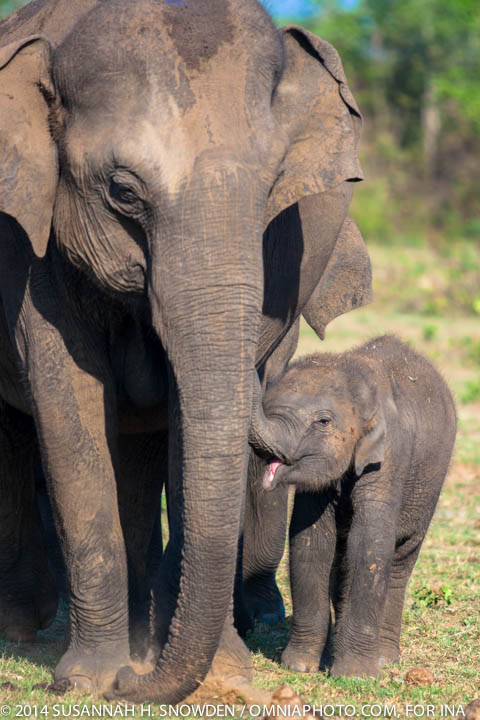 Calf with its mother. Photo by Susannah H. Snowden.

There were a few males—generally at some distance from the females. They were hard to spot at first: initially, we were all looking for tusks, but our wonderful guide told us that only 4% of male Asian elephants have tusks, so our sighting of this young male was actually quite rare. 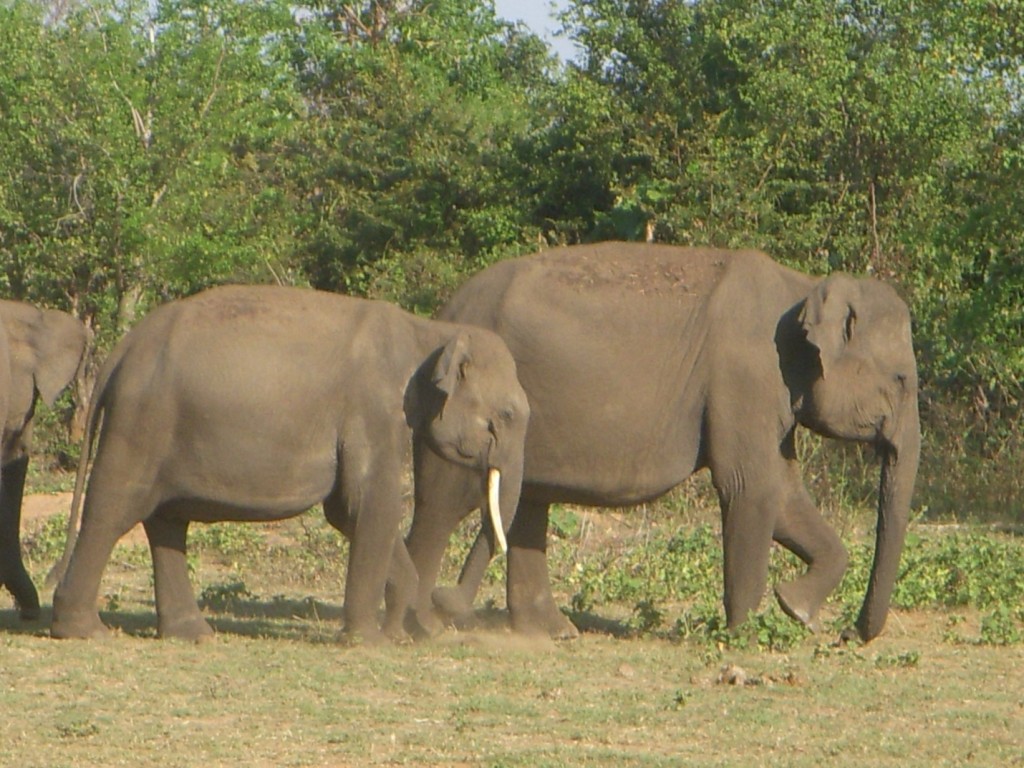 A young bull with tusks, a rarity for Asian elephants. Photo by Megan Collier.

In addition to elephants, there were also a variety of water birds (though not nearly so many as at Bundala), a couple of crocodiles, a very happy (and acrobatic) group of toque macaques, and, my favorite sighting, a herd of spotted deer that could just barely be seen through the bushes. 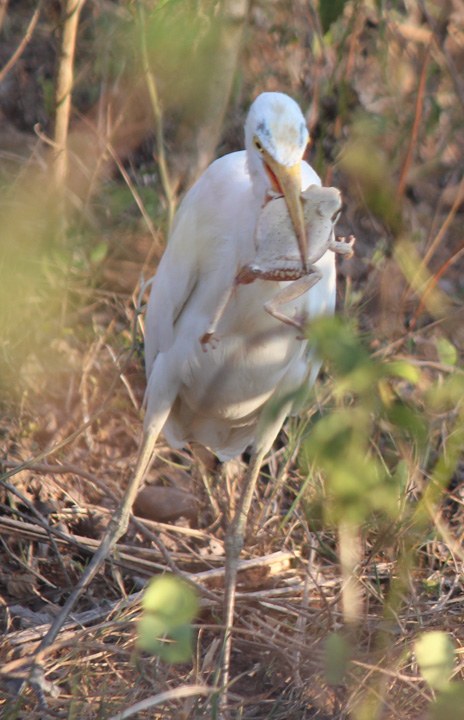 An egret that was determined to get his dinner down in one piece—and yes, he did! Photo by Karen Martindale. 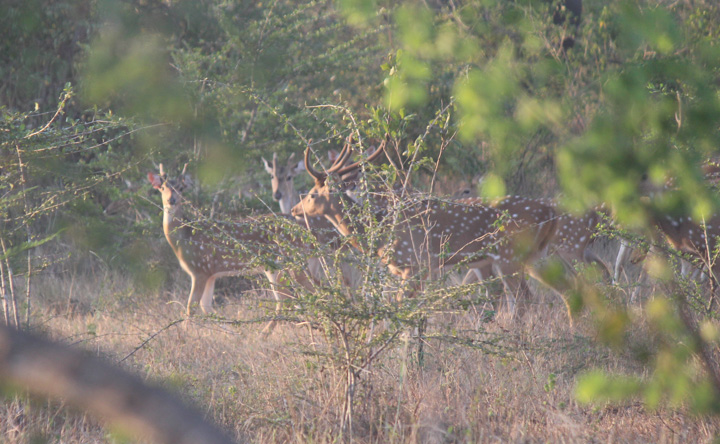 It was a wonderful afternoon that left us refreshed for another full week of diving! 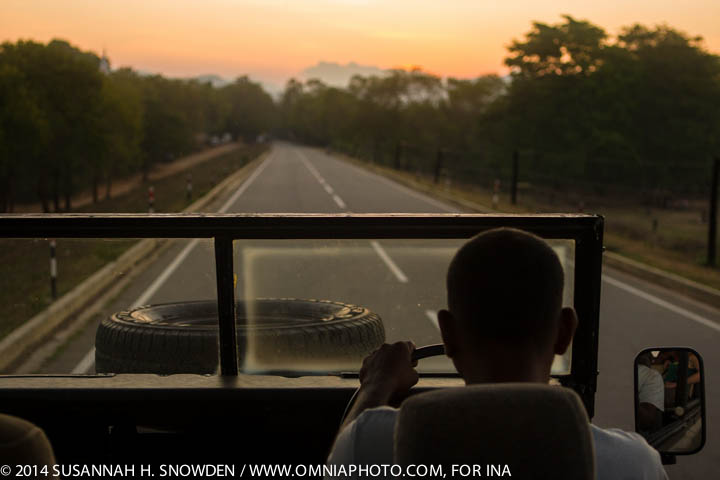 The end of our sunset safari. Photo by Susannah H. Snowden.