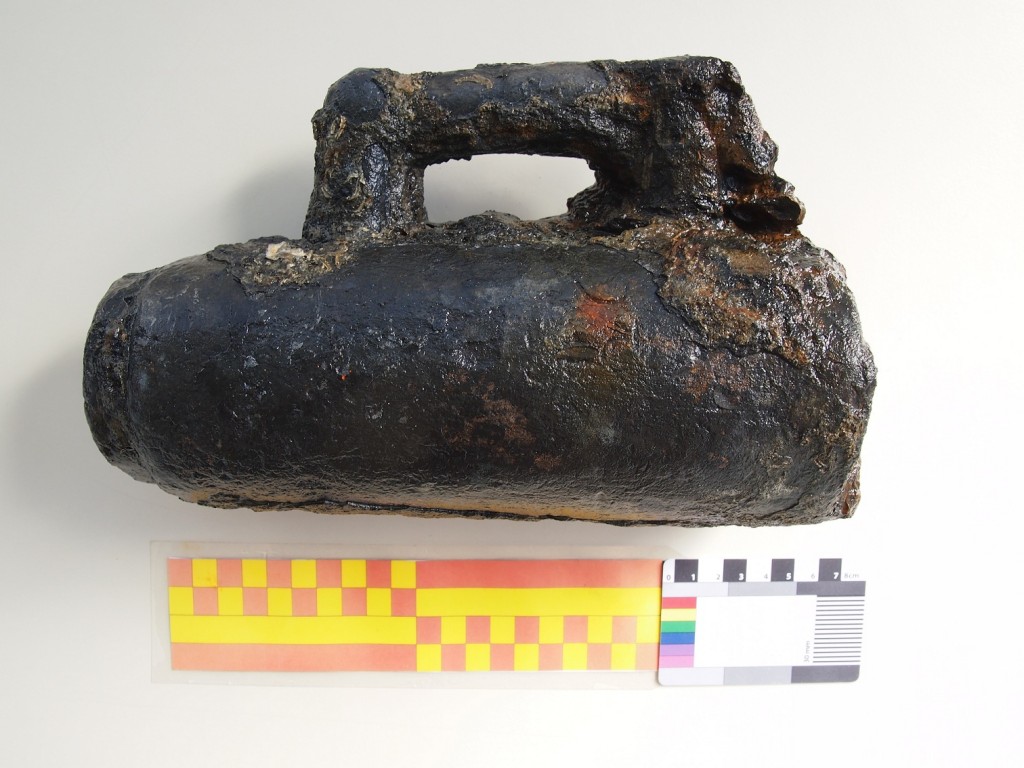 In the summer of 2012 three bronze breech blocks were recovered from the Ribadeo ship, a likely 16thcentury vessel (https://nauticalarch.org/blogs/finisterre/2012/11/) The blocks presented a similar size and weight, 25-27 cm long and 12-15 kg. They were covered with a concretion caused by iron corrosion products and calcareous depositions from various marine organisms which had to be removed in order to perform a series of conservation treatments to stabilize them, and to prevent their deterioration. 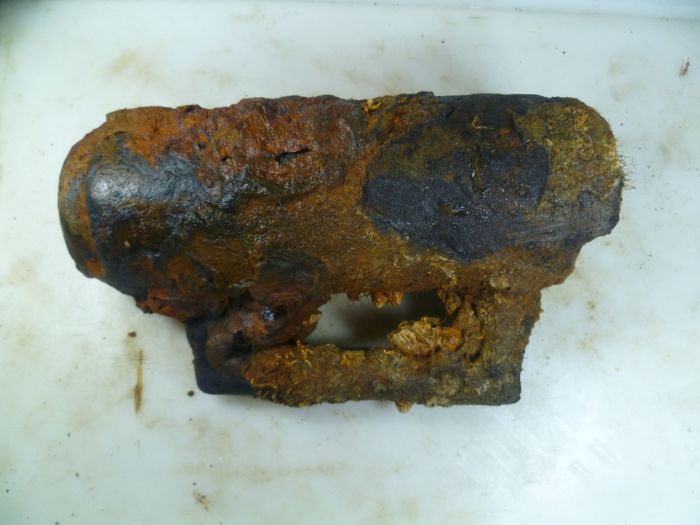 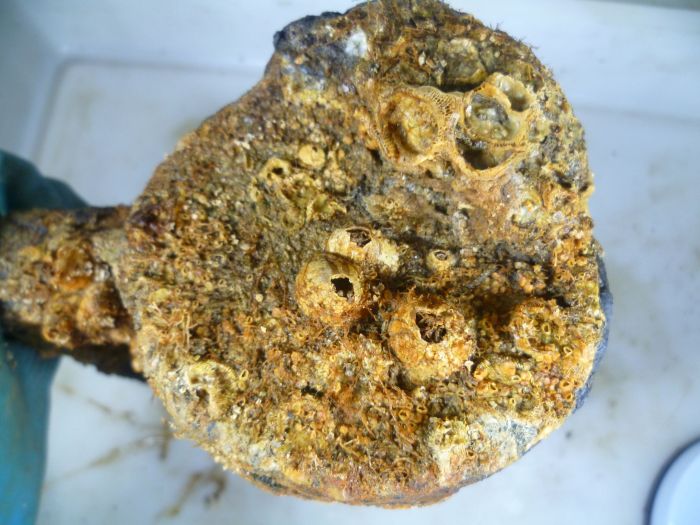 The first step was to mechanically clean the surface to remove the concretion. Although it may sound a little extreme, this operation was carried out with a hammer and chisel. The breech blocks were not at risk in any moment because the concretion was much softer than the metal beneath it. During the cleaning phase, some marks etched on the surface were discovered. These are now under study. 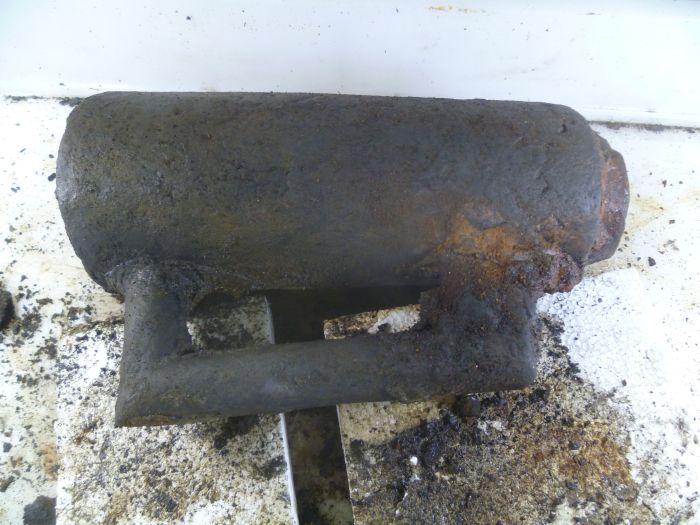 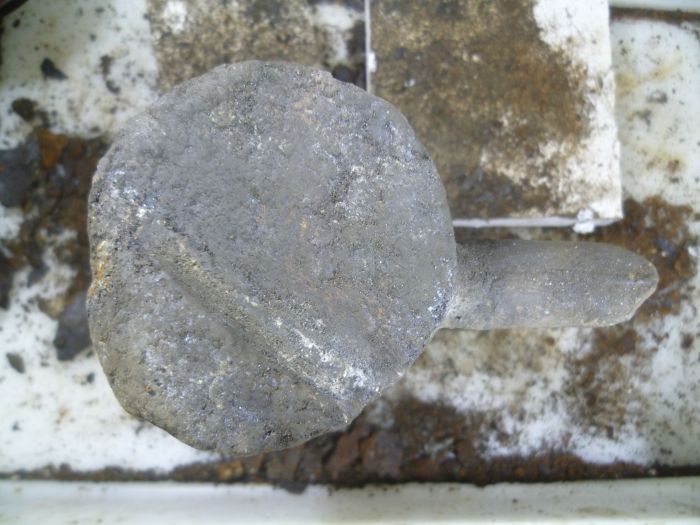 The bore of one of the breech blocks was filled with a homogeneous black substance, wich lead the conservator Victoria Folgueria that it might be gunpowder remains. Some samples were analyzed by X-ray diffraction and X-ray fluorescence to determine the composition and mineral phase. The results were inconclusive, but since it would not affect the future conservation of the piece, Victoria decided not to remove the contents of the bore to allow further investigation. 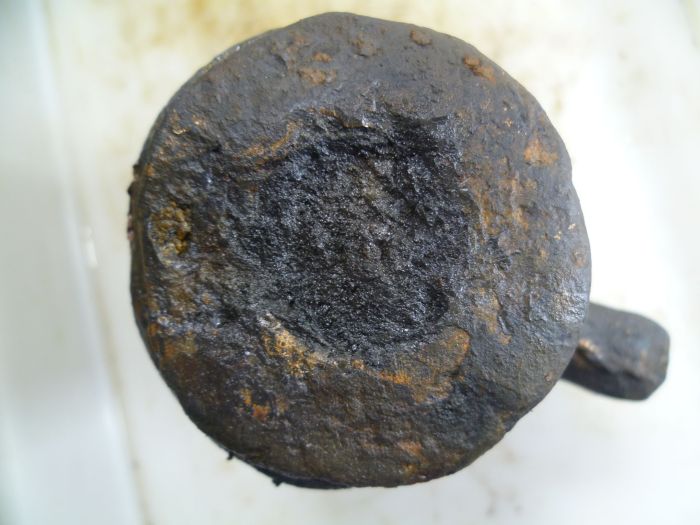 Once cleaned, the main concern regarding conservation was the removal of the chlorides produced by the salts in the marine environment. The best removal rates are obtained with electrolytic techniques, so we applied a cathodic polarization treatment of several months. An electrolytic cell was built with the breech blocks as cathode and a stainless steel mesh as anode, and immersed in an electrolyte. A low density, rectified current was applied to start the reaction. 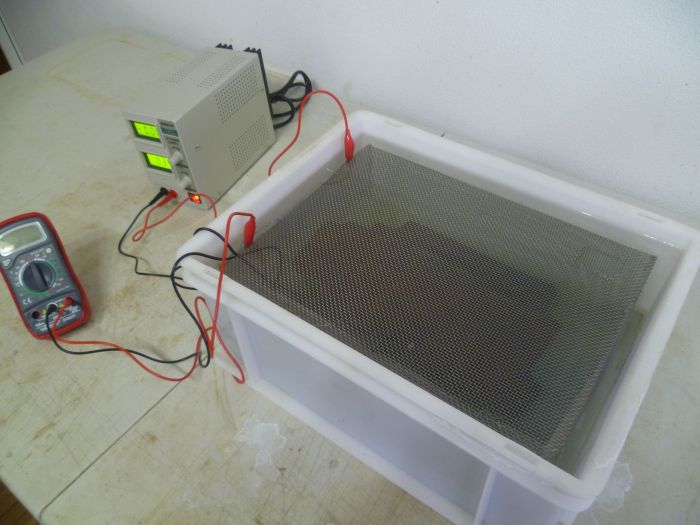 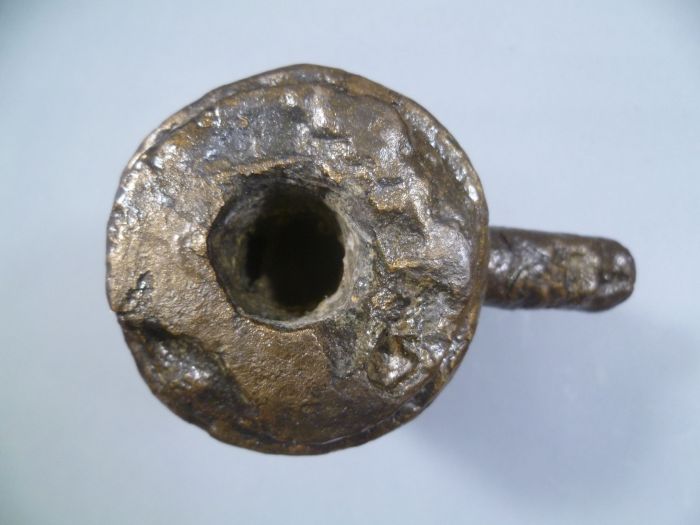 Once the chlorides were removed, the pieces were thoroughly rinsed and inhibited. Two protective layers were applied to isolate the metal from the atmosphere: a first layer of acrylic resin and a second one of microcrystalline wax to dull the shine. 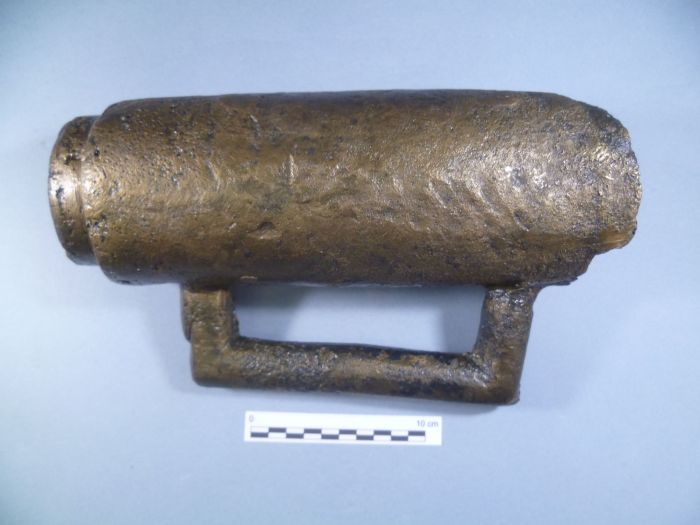 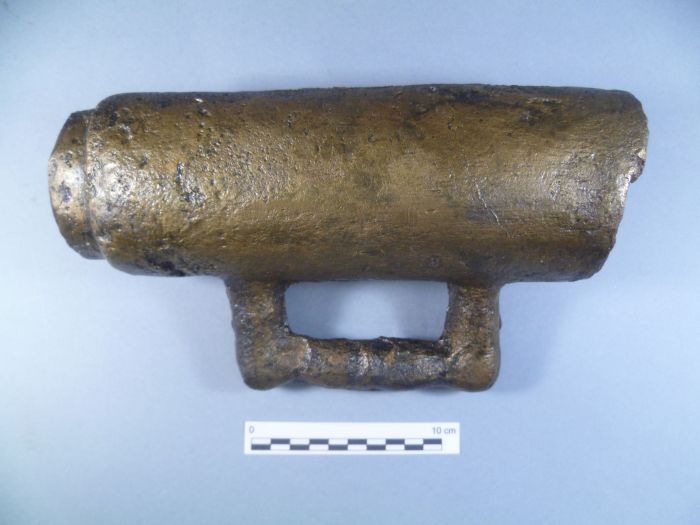