As I mentioned in a previous post, our main objective this season was to uncover some parts of the wooden hull of the shipwreck which could have been preserved under the thick sand layer that covers and protects Punta Restelos shipwreck. However, as it happens very often, the archaeologist proposes and the site formation processes dispose. 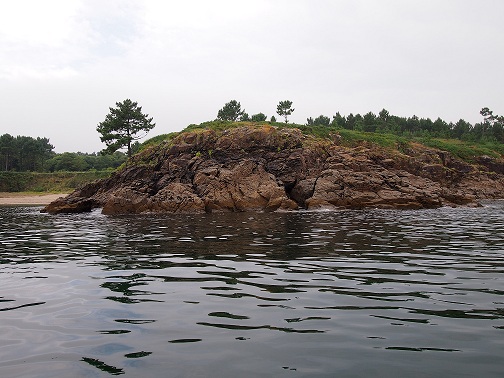 In order to locate the possible wooden remains at Punta Restelos we have been using an extremely useful device: the water-dredge. This is a basic tool in underwater archaeology (together with air-lifts and other machinery) that is used to excavate the seabed and to remove the sediments that cover the archaeological remains. However, our incredibly useful water-dredge presented one extremely annoying issue: the NOISE. Basically, every time we started the small engine of our water-dredge the noise on the RIB was unbelievably loud. It was like having a Harley-Davidson running the whole day on our small boat. In fact, communication was not possible on the surface while the water-dredge was working. That made work a bit more difficult but the job was done anyway. 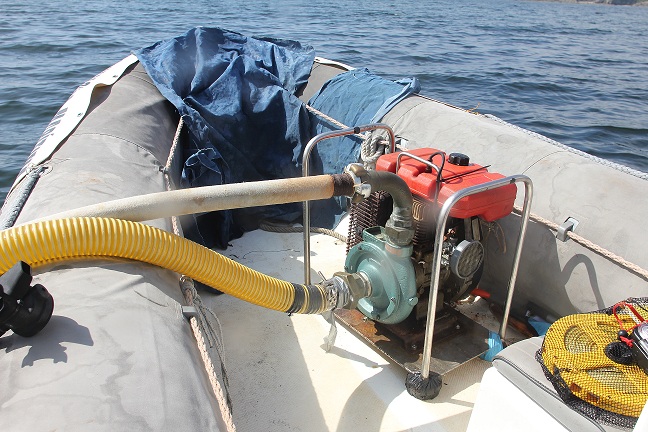 Our water-dredge, I close my eyes and I still can hear it… (Photo: Jose Casaban).

On the other hand, the situation underwater was a bit better although the diver had to deal with the low temperature of the water. Basically, the two options we were having every morning were not very attractive: going deaf and crazy on the boat or slowly freezing underwater. Anyway, the job had to be done and we really wanted to find the wood remains of the shipwreck.

In order to achieve our objective we decided to excavate two trenches at the site. One was excavated along the archaeological area (N-S) while the second trench was excavated across the same area (E-W). The main problem we faced while we were excavating the trenches was related to the physical characteristics of the sediment: a thick layer of very fine sand. 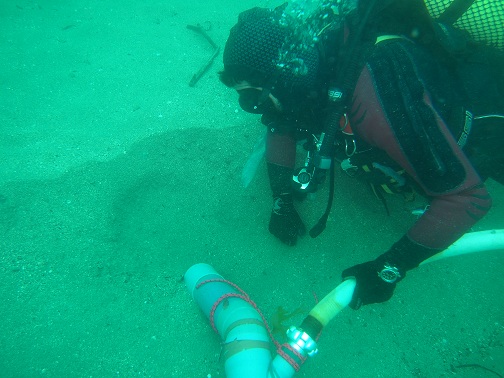 Excavating this layer was a difficult task since we have to remove a thick layer of fine sand that covers most of the site. This meant to remove a huge amount of sand to get just a glimpse of the archaeological level in order to determine the presence of wood. Basically, the fine sand was constantly falling down from the top to the bottom of the trench and, sometimes, the small water-dredge could not cope with the amount of sand that was constantly falling down. In any case, we were able to uncover a decent surface of the archaeological layer. 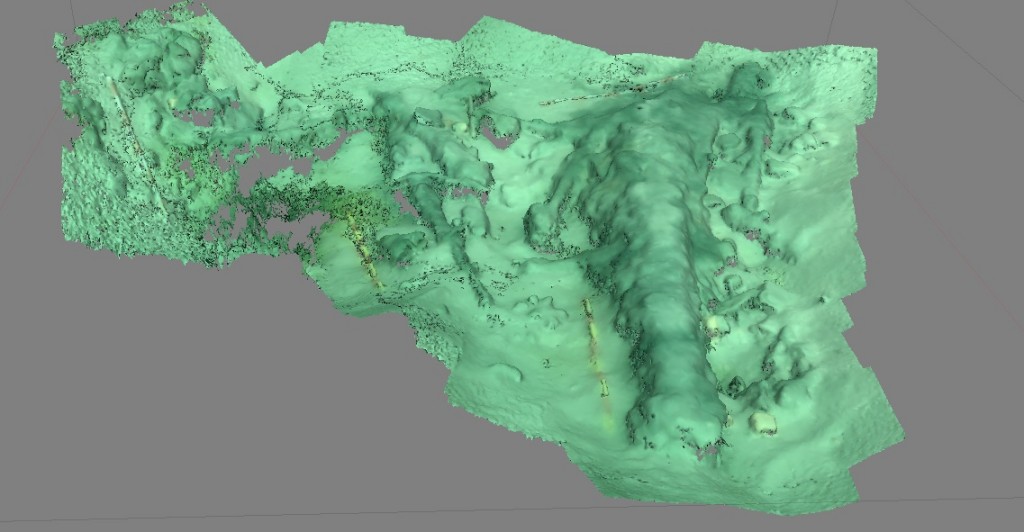 3D model of the concretion and cannon found at Punta Restelos (not scaled) (Photo: Jose Casaban).

Unfortunately, we did not found what we were looking for although we still uncovered very interesting stuff which, as usual, we mapped carefully using the photogrammetric technique. Visibility was not still good but enough. The archaeological feature uncovered was a large metal concretion that seemed to be hidden some interesting artifacts. We found what looks like a large cannon and other small weapons. The location of the cannon is very interesting since is quite close to the area where one of the gun carriage wheels appeared in a past season.

In any case we are still optimistic and we think that some parts of the hull are still preserved under the sand. The only problem is to find it but the solution is easy: keep on excavating using a proper archaeological methodology!