The Conservation of the SS Great Liverpool (1846) coins. Part 2

As we promised in our last post, here it is the second part of the post about the conservation of some of the coins found in the SS Great Liverpool site, and a bit of history about the ship. 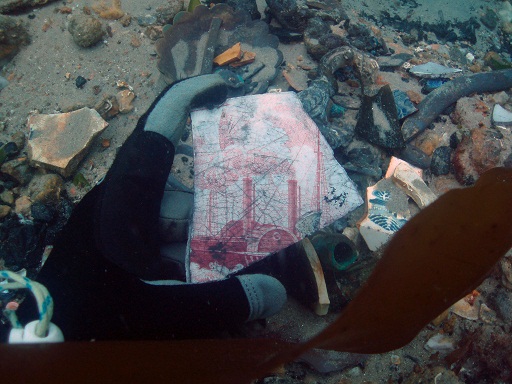 Fig. 1. Representation of the Great Liverpool in the tableware of the ship. 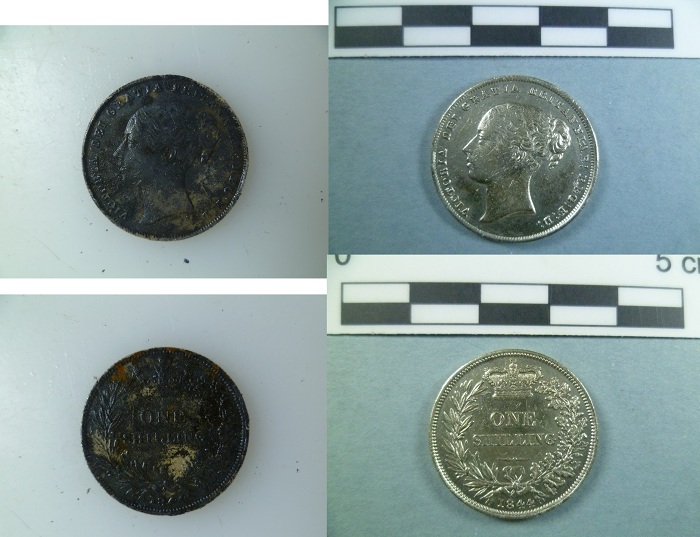 While returning to Britain from Alexandria (Egypt), on February 24th, 1846, at about 4 a.m, the ship was between Corcubion and Cape Finisterre, steaming at 10 knots through dark and hazy weather with a rough sea. Suddenly, it struck on a reef and was heavily damaged below the waterline. The ship still managed to steam for some distance till the fires of the boilers were extinguished by the rising of water level in the hold. The ship drifted at the mercy of the seas towards Corcubion and, finally, went ashore. Captain McLeod ordered to launch the boats and all the passengers, with the exception of two women and a child who were drowned in the capsizing of a boat, came safely to shore. The whole of the mail was also saved (Hocking, 1989). 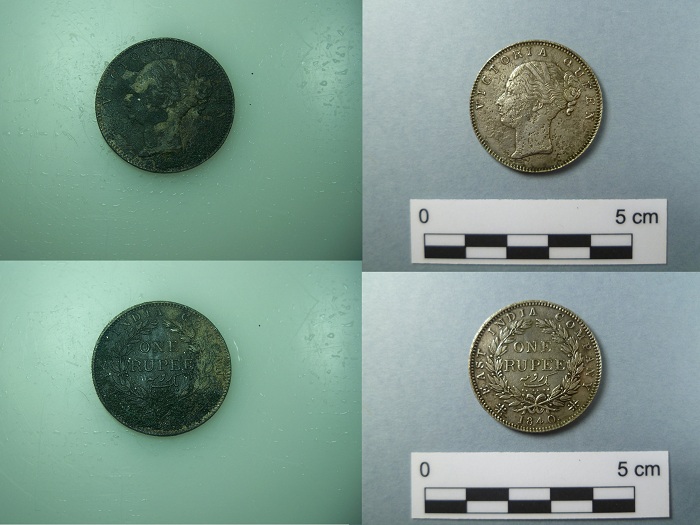 More than 150 years after the sinking of the steamer, the archaeologists surveyed the site and found some interesting artifacts, including different types of coins which have been treated by conservator Victoria Folgueira. Three of them are Queen Victoria coins. It has to be noted that two of them are not the usual British currency, but rupees printed by the East India Company. One is a silver shilling dated in 1844 (fig. 2), the other two are a rupee (fig. 3) and a half rupee (fig. 4), both in silver and dated 1840. All the obverses show a young Queen Victoria. These coins were in a relatively good condition, with enough metal core and well preserved surface details and their appearance was greatly improved with electrolytic reduction. 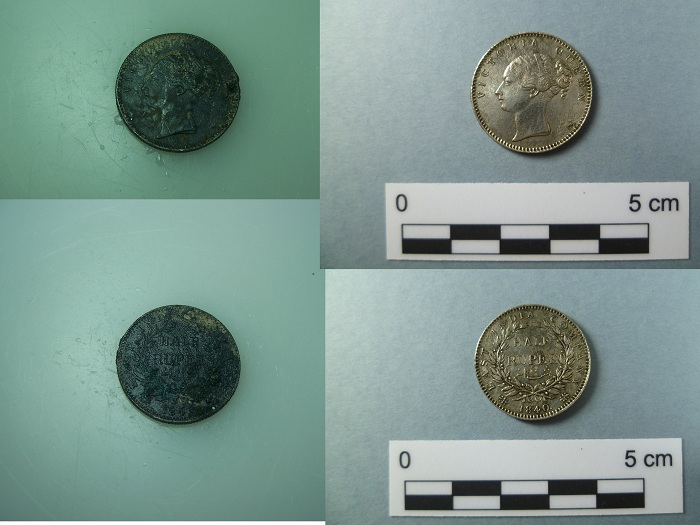