The Conservation of the SS Great Liverpool Coins (1846). Part 1

During the winter, the members of the Finisterre Project spend their time processing and studying the data and artifacts gathered during the summer season. This work includes finishing the digital site plans, cataloging the finds, writing reports, and ensuring the conservation of the finds collected during the fieldwork. This is a very important task since, without proper conservation, the artifacts raised from the sea will rapidly deteriorate. 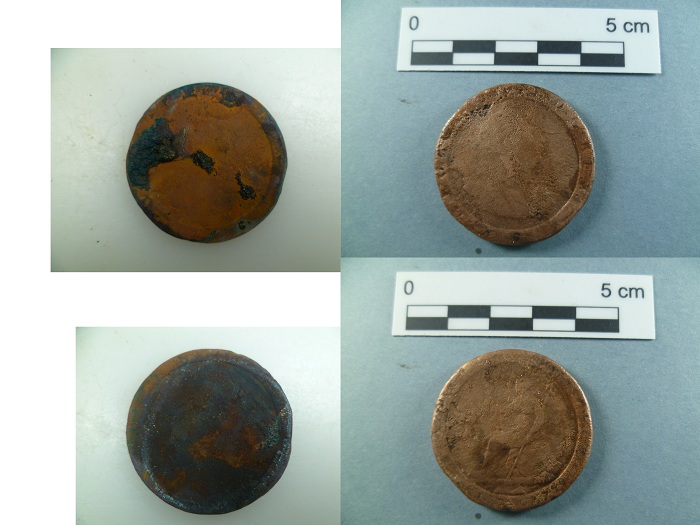 Among the objects recovered from the Great Liverpool, there were a few British coins from King George III, King William IV and Queen Victoria. Their condition was diverse, from the relatively well preserved and recognizable coins of Queen Victoria, to the coin of William IV which was in such a poor condition that was impossible to identify before being treated. 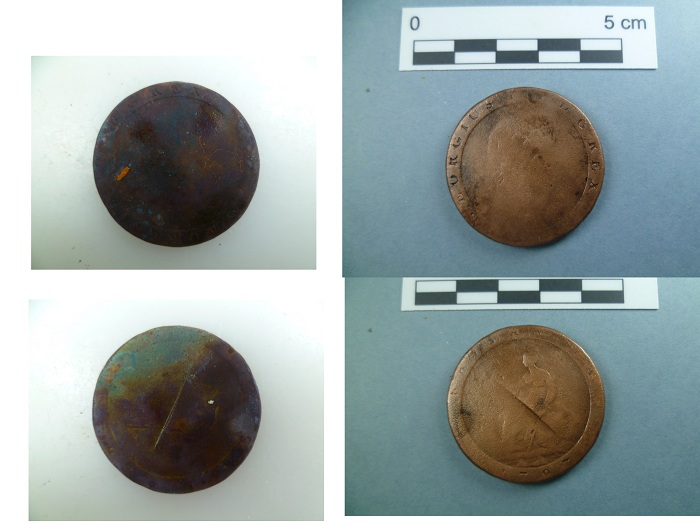 The oldest coins are a couple of 1797 copper pennies from the reign of George III, known as cartwheels because of their large size and weight.  They were severely eroded and were covered in corrosion products, making their identification very difficult. After treatment by electrolytic reduction they proved to be in better condition than expected, and were easily identified (fig. 1-2). 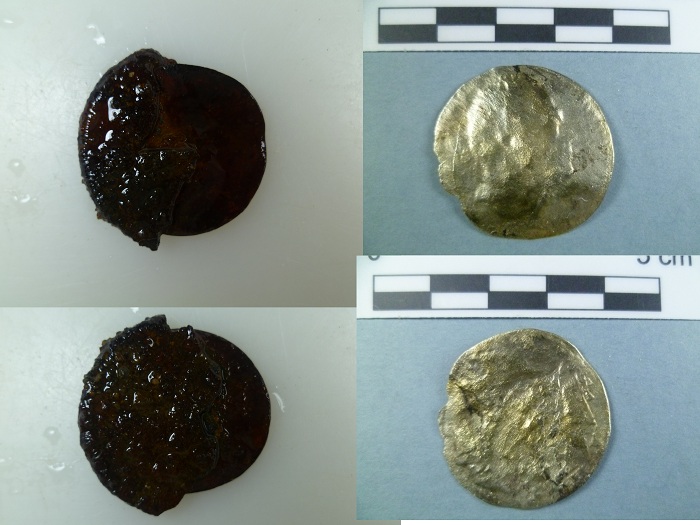 The coin identified as belonging to the reign of William IV was in such a poor condition that, at first, it seemed to have lost any detail that could help identify it. It was badly corroded, with only a thin metal core remaining, and most of the corrosion products were gone. After treatment by electrolytic reduction, few surface remaining details were revealed. With the aid of side light, a head facing right was visible on the obverse and a heraldic drapery on the reverse (fig. 3). The only Great Britain coins which had these features were a half crown, a crown and a sovereign from the reign of William IV. Since our coin is not made of gold it cannot be a sovereign and must be a crown or half crown.

Do not miss the second part of the post! Soon!