The Deepwater Search for One of Israel’s Lost Aircraft

On 4 June 1948, during Israel’s war for independence, three Egyptian Navy ships sailed towards Tel Aviv in an attempt to establish a beachhead for landing armed forces. At this time Israel’s nascent navy consisted of only few ships and was ill-prepared to take on the Egyptian onslaught.

One of these ships was the Eliat A-16, which was a former American icebreaker. It had been fixed into an Aliyah Bet ship known as Jewish State and had attempted to land 2,664 Jewish refugees on the shores of Palestine despite Britain’s 1945 regulations aimed at preventing such immigrations. Jewish State was captured by the British Royal Navy in October 1947 and temporarily decommissioned in the port of Haifa. In May of 1948 she was outfitted for military service in the Israeli Navy and renamed Eilat A-16. 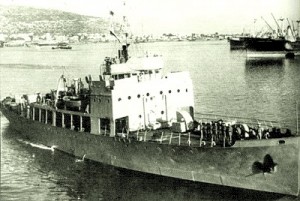 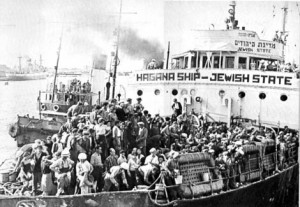 Israel’s navy ship Eilat A-16 happened to be patrolling the waters off Tel Aviv when the Egyptian trio arrived. Outnumbered and outgunned, Eilat called for air support. Two single-engine Israeli bombers arrived shortly thereafter: a Beechcraft Bonanza and a Fairchild Argus. Probably realizing that they had lost the element of surprise, the Egyptian ships decided to abandon their mission and had already turned back to Egypt when the Fairchild began its attack. David Sprinzak (b. March 20th 1924) was the pilot and Matti Sukenik (b. January 21st 1924) was the “bomb chucker” who was responsible for manually dropping bombs out a door of the aircraft. At 5:20 am the Fairchild and its crew were shot down by enemy fire. Eilat searched for survivors but found none. 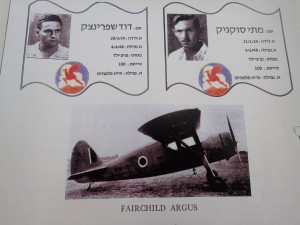 On 10 September 2014 the crew of Ocean King, assisted by Meir Baram, investigated two targets (Targets 33 and 34) in a zone where the Fairchild purportedly crashed (based on eye witness accounts and ship logs). Mr. Baram, who is involved in recovering Israeli POWs, has been searching for the Fairchild and its two crew members for decades. The Fairchild has become something of a legend amongst the fishermen of Tel Aviv and Jaffa. Several speak of a secret fishing spot known as “the airplane,” while others recall pulling up the remains of a two-seated airplane. Despite these fishing tales, Mr. Baram has yet to find the Fairchild or her crew. 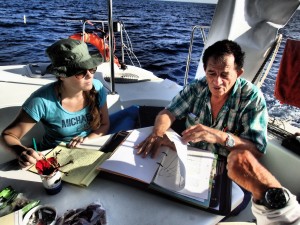 Meir Baram discusses the ill-fated flight of the Fairchild Argus

We spent several days looking for the Fairchild but could no traces of the airplane. This is not surprising, however, as the body was constructed of perishable materials and it is possible that only the engine has survived. Despite our fruitless efforts, Mr. Baram remains optimistic that he will one day recover and put to rest the remains of the crew. 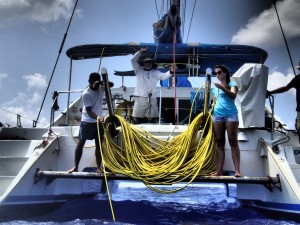 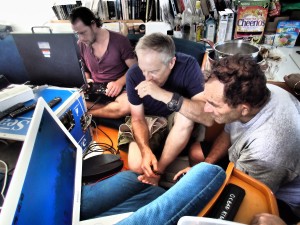