The 2016 Claude Duthuit Archaeology Grant was awarded to the Shelburne Shipyard Steamboat Graveyard Project directed by Nautical Archaeology Program (NAP) Ph.D. student Ms. Carolyn Kennedy. The project began in 2014 and entails the study of four steamboat hulls that lie in Shelburne Shipyard, within Lake Champlain in Vermont. The four wrecks are believed to be the steamers A. Williams (1870), Phoenix II (1820), Burlington (1837), and Whitehall (1838). The presence of these four wrecks in close proximity provides the INA team with a rare chance to examine some of the earliest surviving examples of steamboats, as well as to document the major changes in steamboat construction that took place in the 1820s and 1830s. Goals for the 2016 field season include continuation of photogrammetric recording of the wrecks and further investigation of the stern assembly and bow of Phoenix II. Learn more about the Shelburne Shipyard Steamboat Graveyard  in INA Quarterly 41.2 and 42.3. 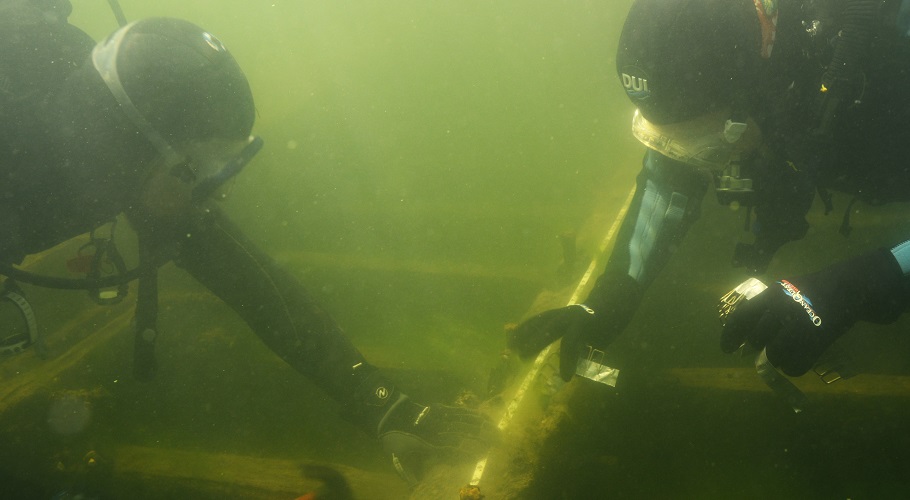