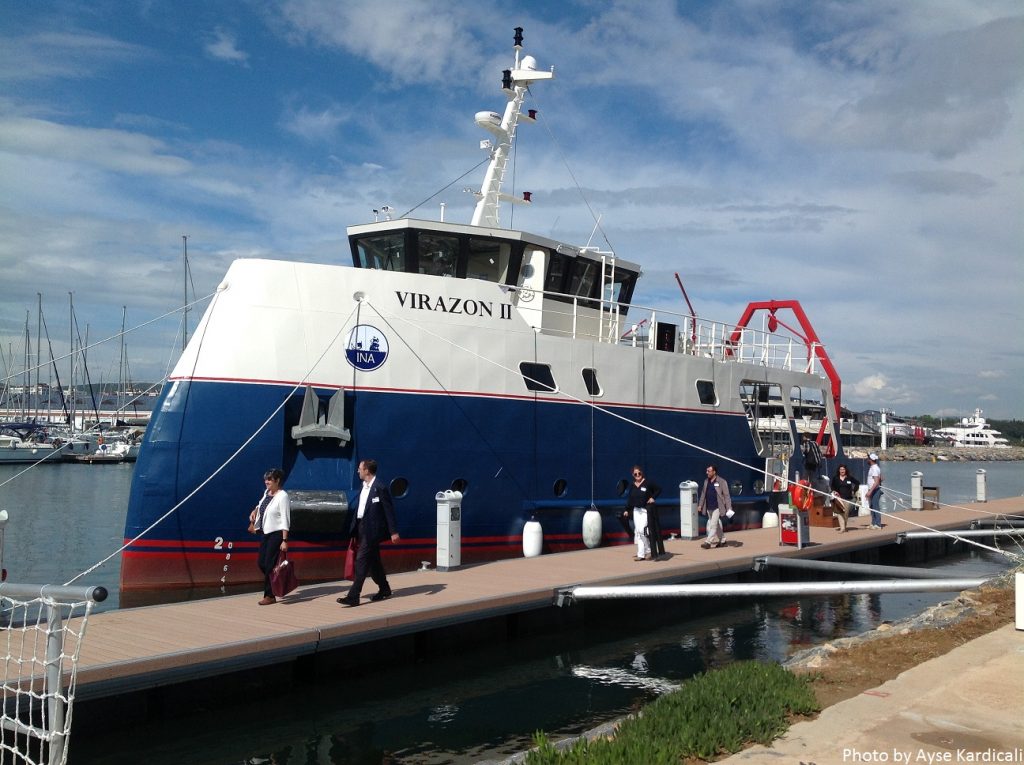 On May 4 INA’s new research ship Virazon II was christened by Mrs. Barbara Duthuit, who traveled from the U.S. to Turkey in order to christen the vessel built in honor of her husband the late Claude Duthuit, INA Director and pioneer of underwater archaeology.  The ship itself – the first vessel in Turkey to be built and classed as an archaeological research vessel – will be a tremendous asset for INA’s work around the Mediterranean and beyond.

The Christening of Virazon II took place in conjunction with the opening of the 2016 Eurasia Yacht Show in the ViaPort Marina outside of Istanbul.  In attendance were INA officers and members of INA’s Board of Directors, staff of INA’s Bodrum Research Center, and numerous friends and supporters of INA.  Past INA Chairman of the Board John De Lapa presented Mrs. Duthuit with a stunning hard-carved mahogany plaque of the INA logo that reads “Honoring Claude Duthuit: Adventurer, Author, Friend.”  The carving will hang in the galley of Virazon II.

Follow this link to see a 20-second film of the actual Christening: Virazon II Christening Video 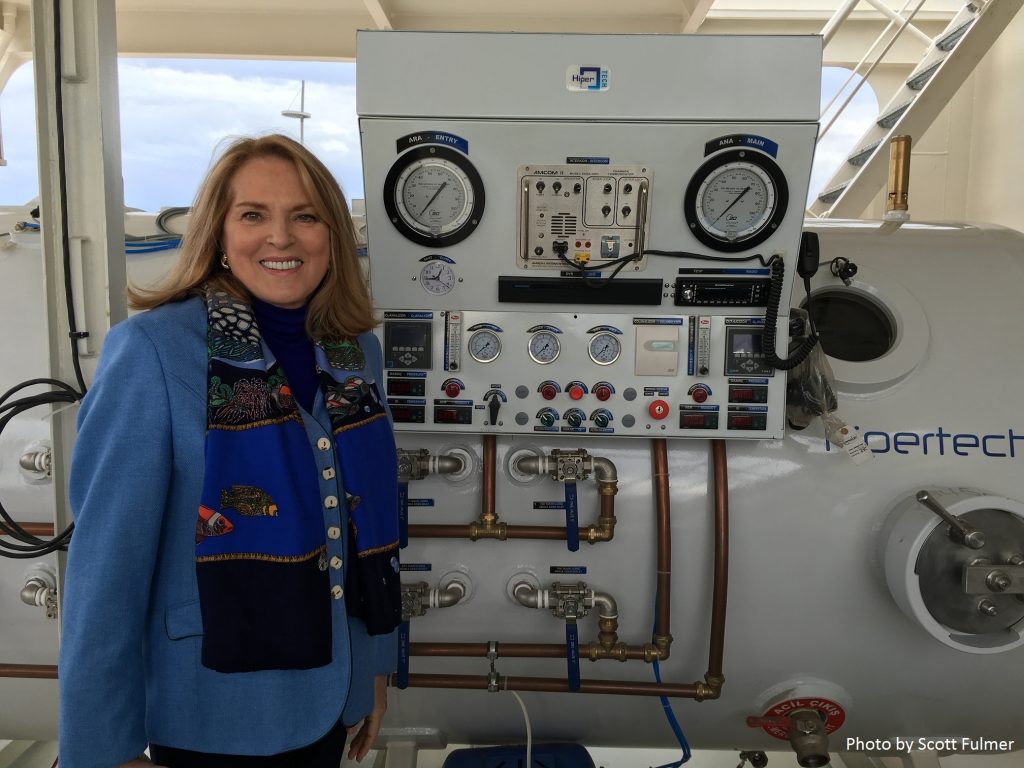 The Christening was attended by dozens of Turks, including staff of NAVTEK naval architecture firm which designed Virazon II and the MengiYay shipyard where she was built.  Also in attendance were members of the Turkish Institute of Nautical Archaeology (TINA), the Istanbul Archaeological Museums, and the Director General of the Merchant Marine (part of the Ministry of Maritime Affairs).  The event generated considerable publicity in Turkey, both in print (http://www.milliyet.com.tr/turkiye-den-abd-ye-arkeoloji-gundem-2242950/) and video (https://www.youtube.com/watch?v=Dj-kjaJaihY) format. 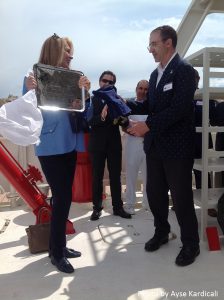 Virazon II was launched in April and christened in May, and construction of the vessel’s interior is ongoing but expected to be complete by the end of May.  In June, Virazon II will undergo sea trials before the maiden voyage to her permanent home in Yalıkavak Marina outside of Bodrum.  In September INA archaeologists, in collaboration with colleagues from Dokuz Eylul University in Izmir, will work from Virazon II to survey for shipwrecks around Bodrum and Antalya.

Sincere thanks to all those who joined us in Istanbul but above all to George Bass, Claude Duthuit, Barbara Duthuit, John De Lapa, and Orkan Köyağasıoğlu, who have blessed INA with a spectacular new tool for shipwreck archaeology. 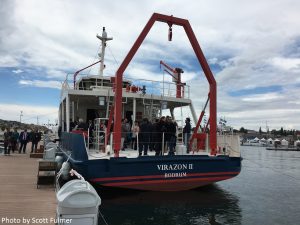 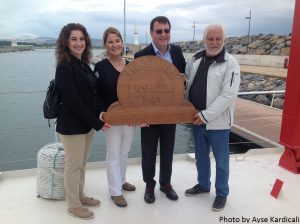 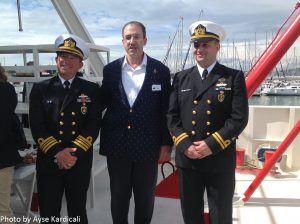 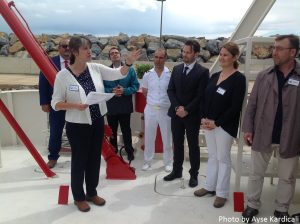