By adminSeptember 30, 2015No Comments 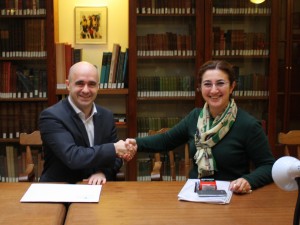 Orkun Özek of Navtek and Özlem Doğan of INA sign the contract.

In 1964, the U.S. Navy agreed to loan Virazon, a 65-foot steel-hulled U.S. Army T-boat constructed in New Orleans in 1953 by Higgins, Inc., to a young George Bass in order to test equipment in the newly emerging field of underwater archaeology. Permanently acquired by INA in 1979, the ship was remodeled and continued to be used for archaeological fieldwork in Turkey as recently as 2013, when Virazon celebrated her 60th birthday in the field during a shipwreck survey off the coast of Troy. Now, owing to a generous donation from Mrs. Barbara Duthuit in honor of her late husband and INA Director Claude Duthuit, INA has engaged the naval architects at NAVTEK Marine 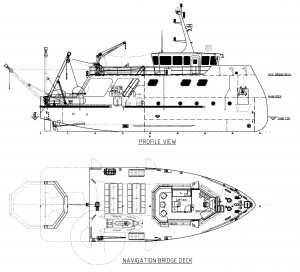 Technologies of Istanbul, Turkey to design and construct Virazon II. The new research vessel is currently under construction and when completed will be 24.95 meters in length with a beam of 8.10 meters. Built from 70 tons of steel, the Virazon II will have a 5-ton A-frame for lifting INA’s 2-person submersible, Carolyn and also house a recompression chamber, high- and low-pressure compressors, and space to accommodate 19 crew and passengers. Look for an article by previous INA Chairman John De Lapa in INA Quarterly 42.2, appearing next month! 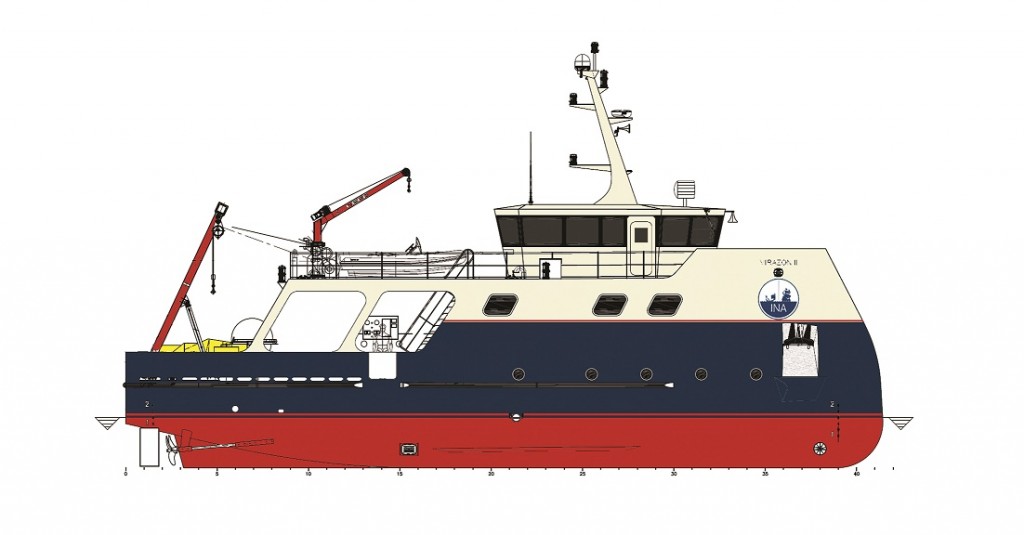