This week marked an important milestone as papers were signed transferring ownership of ARV (Archaeological Research Vessel) Virazon II to INA’s Turkish company.  Captain Zafer Gül, INA archaeologist Orkan Köyağasıoğlu, and several other crew members are scheduled to leave the shipyard outside of Istanbul next week as Virazon II voyages to her new permanent berth in Palmarina outside of Bodrum.  A huge and heartfelt THANK YOU to all those talented people who worked together to make this dream a reality, but above all to Claude Duthuit, Barbara Duthuit, George Bass, John De Lapa, Orkan Köyağasıoğlu, and all of our friends at Navtek Naval Technologies, especially Orkun Özek and Ferhat Acuner.  Your hard work has blessed INA with a spectacular new tool for shipwreck archaeology.

You can follow the progress of the ship by going to the link below. Please scroll down to the chart, Latest Position, where the black arrow represents the ship and its course. VIRAZON II Marine Traffic position. 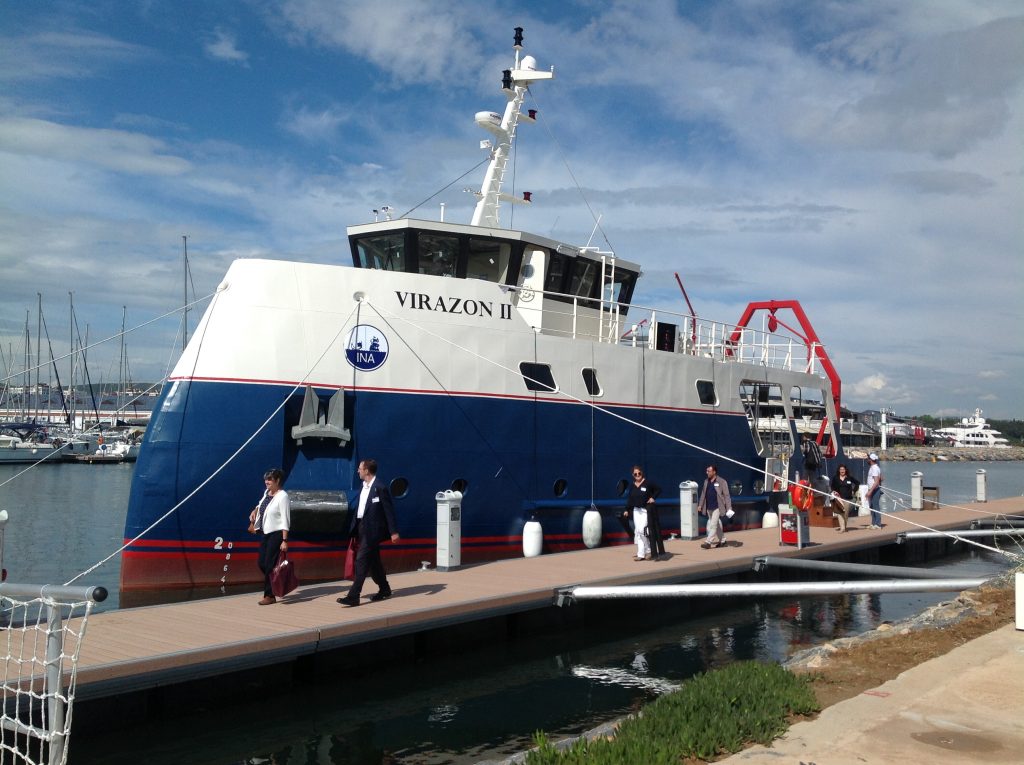