By Institute of Nautical ArchaeologyFebruary 23, 2020May 4th, 2020No Comments

WHAT:  GREEK HARBOR
WHERE: DATÇA, TURKEY

With its proximity to some of the most fertile land on the peninsula and ready access to the sea, the site of Burgaz, on Turkey’s Datça peninsula, is often considered to be the early settlement of the Knidians, long famed in antiquity for their Aphrodite statue. Since 1993, excavations conducted by Middle East Technical University (METU) at the site have revealed uninterrupted activity from the Geometric period through the Early Hellenistic era. The project aims to conduct comprehensive survey and excavation in the four harbors associated with Burgaz, seeking answers about the development of the town, its ports, and its integration within a broader maritime cultural and economic landscape. The maritime project is directed by Elizabeth Greene (Brock University) and Justin Leidwanger (Stanford University) in collaboration with Numan Tuna (METU), director of the archaeological investigations at Burgaz.

July and August 2013 marked the third season of archaeological investigations in the harbor complex of Burgaz conducted by Brock University and Stanford University in collaboration with the METU team and INA. Surface survey and test excavations suggest that in its foundation and initial development, the port served as a center for communication and trade throughout the Carian region and neighboring islands. That the town continued to utilize its harbor structures and fortifications in the Late Classical and Early Hellenistic periods, even as the settlement changes its focus toward industry, may suggest that the design of the harbors also shifted to meet the new economic opportunities and needs of local production and distribution 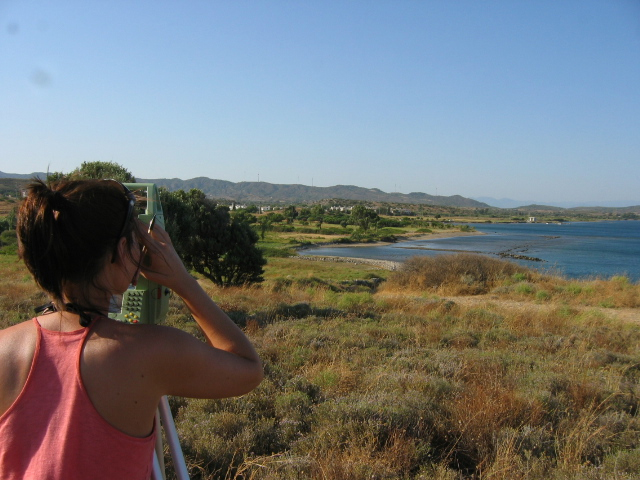 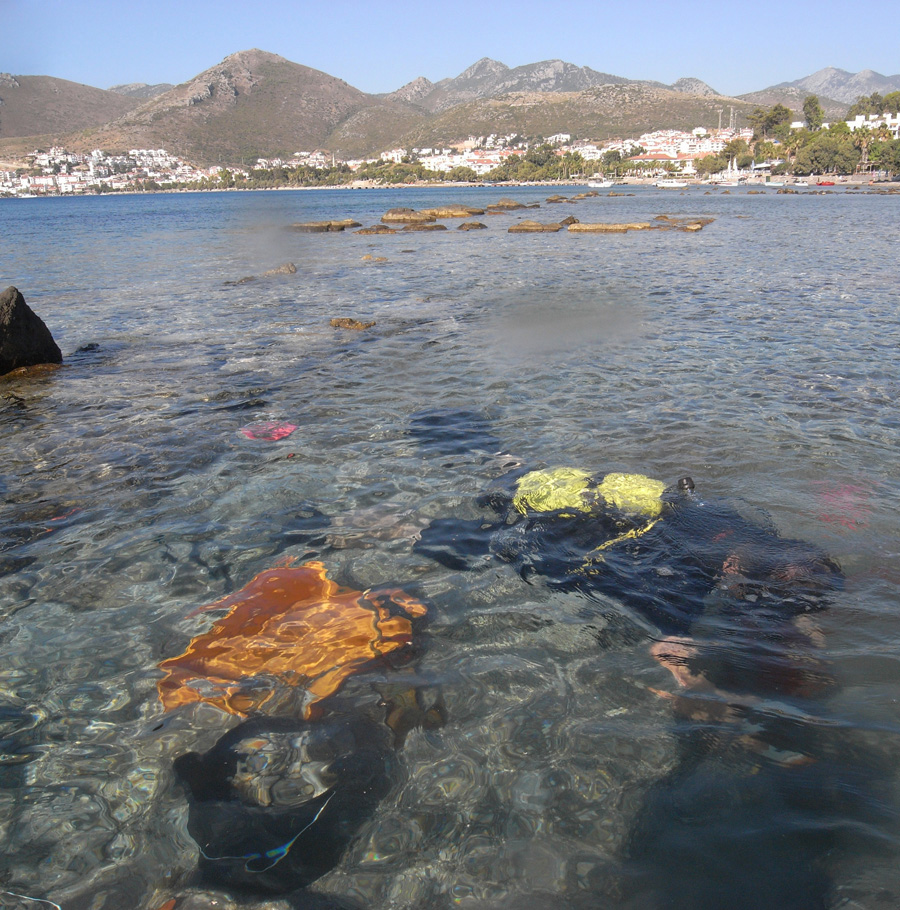