During the summer of 2019, a small team of INA archaeologists directed by INA Vice President Cemal Pulak, Professor and Coordinator of the Nautical Archaeology Program at Texas A&M University, in partnership with Hakan Öniz, Associate Professor in the Division of Mediterranean Underwater Cultural Heritage at Akdeniz University, and under the auspices of the Antalya Museum, initiated the excavation of a Bronze Age shipwreck.

In late June, the INA team departed Bodrum aboard INA’s Archaeological Research Vessel Virazon II, and reached the site after 20 pleasant hours of sailing.  Over the next two weeks, the team established four moorings so that Virazon II could be positioned directly over the wreck, which lies on a steep rocky slope at a depth of 37-52 m (145 ft).  They also set up the trapeze for oxygen decompression, deployed all on-site safety and excavation equipment, installed and measured in 10 datum stakes for mapping the wreck, and then began acclimation, mapping, and working excavation dives.

Among the ~100 ingots visible on the seabed, the team quickly discovered that many of them are encrusted together or concreted to the rock below. This meant that careful chiseling was required during each of our 20-minute dives. In the course of the three weeks that remained, we succeeded in freeing and raising five ingots. These included (a) pillow-shaped oxhide ingots (stylistically earlier than those ‘eared’ oxhide ingots on the 14th-century B.C. Uluburun shipwreck), and (b) round plano-convex ‘bun’ ingots, although there is more variety among the ingot cargo than just these two types.  The excavation of this cargo, then, presents an unparalleled opportunity to learn about the methodological and metallurgical origins of these earliest ingots.

Throughout the summer of 2019, Virazon II performed flawlessly and greatly enhanced the safety, efficiency, and comfort of all those on board.  Our two cooks prepared meals in the Virazon II galley for up to 40 people eating on two ships (Virazon II and Arkeo); we used the 5-ton A-frame to safely lower various pieces of safety equipment to the seabed, and the spacious stern made it easy to monitor small boat traffic and the twice-daily diving operations of up to 20 people.

At the invitation of Hakan Öniz, the team was joined by three deepwater Trimix (nitrogen-oxygen-helium) divers from Sinop University. They brought with them enough mixed gas for one dive, but owing to the presence of a Nitrox (nitrogen-oxygen) blender aboard Virazon II, they were able to mix their own gas and complete at least one deep (90 m) dive to look for any archaeological evidence that the wreck spilled over the ledge on which it sits; none was found.

INA extends our deep appreciation to the INA and TINA directors who helped make this project possible, and to all members of the 2019 Kumluca Excavation team, especially Mustafa Demirel, Director of the Antalya Museum, under whose authority the 2019 project was permitted by the Turkish Ministry of Culture and Tourism. 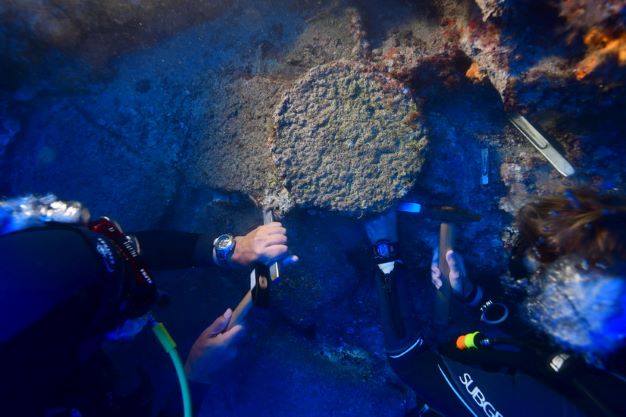 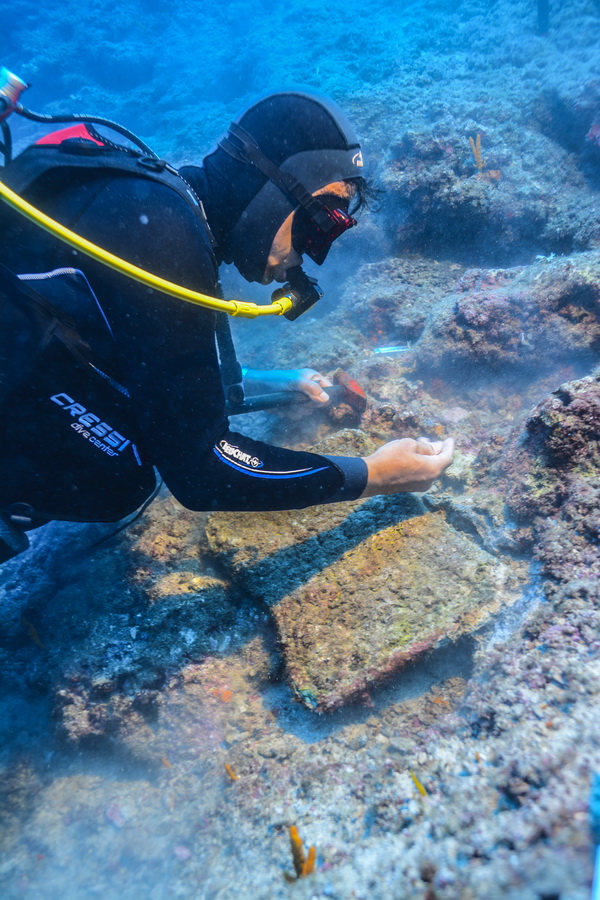 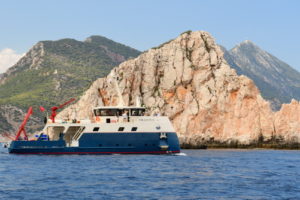 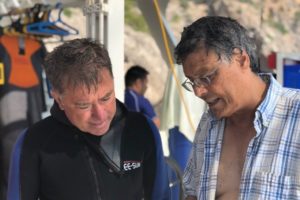 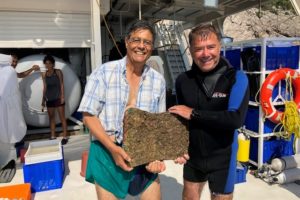 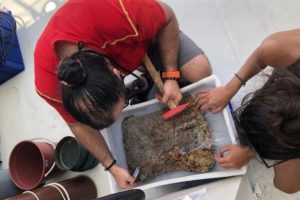 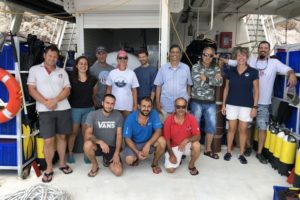 Some members of the 2019 Excavation Team 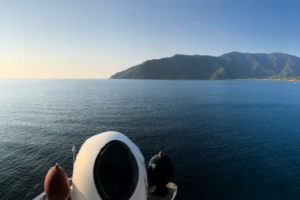 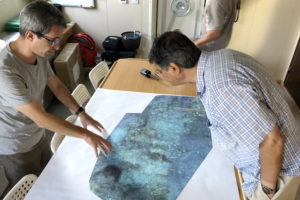 Jose and Cemal review the orthophoto 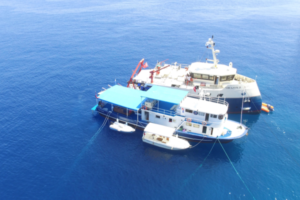 Arkeo and Virazon II at sea 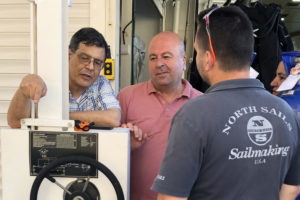 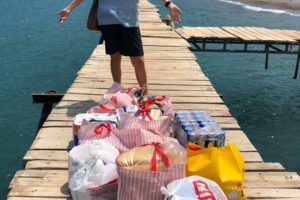 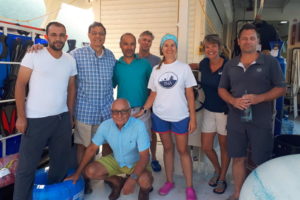 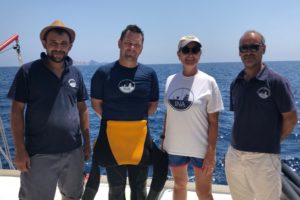 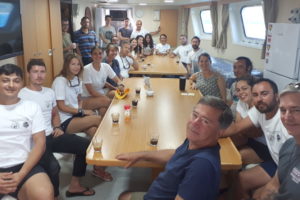 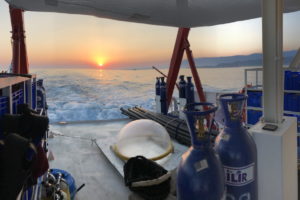