By Institute of Nautical ArchaeologyFebruary 23, 2020May 15th, 2020No Comments

The Marzamemi Maritime Heritage Project is a collaborative excavation, survey, and heritage management initiative focusing on the maritime landscape and seaborne connectivity along southeast Sicily (Italy). The concentration of archaeological sites both on and offshore and their location at this Mediterranean crossroads together facilitate inquiry into long-term structures of human interaction from prehistory through classical antiquity and up to the contemporary era.

In 2013, the project began its first fieldwork through survey and excavation of the 6th-century AD “church wreck,” which sank while carrying perhaps 100 or more tons of prefabricated architectural elements intended to decorate the interior of a Christian basilica: marble columns, capitals, bases, as well as panels carved with distinctive iconography and belonging to an ambo (pulpit), chancel screen (partition), altar, and ciborium (canopy). Initially explored in the 1960s by pioneering maritime archaeologist Gerhard Kapitän, the wreck is currently under renewed investigations by Stanford University, the Soprintendenza del Mare, with additional partners in Suor Orsola Benincasa University, Brock University, and INA.

Over the past seasons, major new finds have been recovered, increasing earlier counts of column sets; at the same time, smaller decorative materials (pigments, marble samples, raw glass) suggest local artistry and agency at the point of assembly rather than top-down imposition of imperial architectural style. An additional cargo of wine from across the eastern Mediterranean indicates the wider commercial web in which this ship and its sailors were embedded as well as interdependence of high-end official shipments and everyday private commerce. Assorted cooking and galley wares suggest a crew from diverse cultural backgrounds, while fragments of the ship itself reveal a modest and well-traveled vessel rather than a purpose-built stone carrier.

Together, these new finds offer one vivid glimpse into the people, goods, and processes that tied together the Mediterranean during a transformative period at the end of the Roman world. 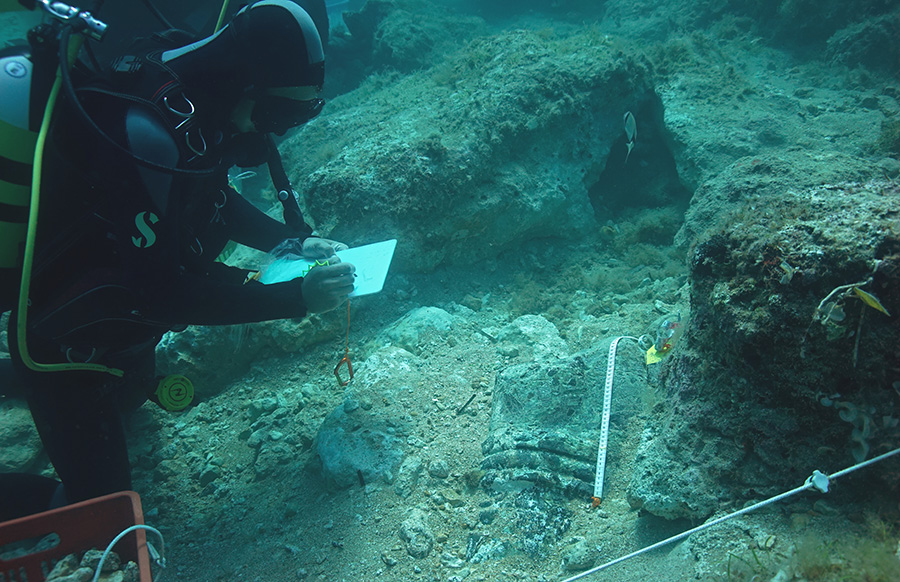 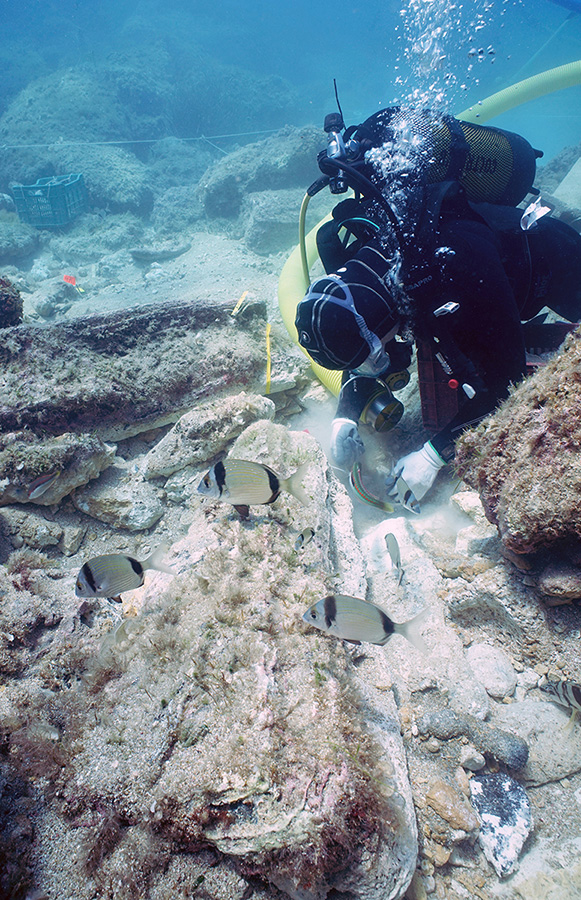