In the Dominican Republic, archaeologists and volunteers sponsored by the Institute of Nautical Archaeology conducted the excavation at the Monte Cristi Pipe Wreck.  This late 17th-century northern European merchant trader shipwreck was named in part for a cargo which includes thousands of clay smoking pipes. Jerome Lynn Hall, who led the project, believes the ship voyaged to the north coast of Hispaniola in search of illicit trade with the contrabandistas or boucaniers of the area, instead of an originally intended destination near the Upper Hudson River Valley. Hall bases his hypothesis on the remains of the cargo, which is similar to material found at contemporary archaeological sites of European-American settlements in that area of the United States. As well, says Hall, “at least one cohort of trade goods was specifically for Native Americans,” namely a type of clay smoking pipe favored by the native peoples of the Upper Hudson River Valley.”

In 2001, the team excavated more than two thousand pipes, and ceramics that indicate a Dutch origin for the cargo. Remains of the hull suggest an English origin for the ship, which may have been in the service of the Dutch West India Company. Hall and his team’s work in 2001 showed that the wreck, which lies in shallow water (4.4 meter deep), struck the reef while entering Monte Cristi Bay and sank after depositing some iron cauldrons on the reef. Based on the evidence, Hall believes that the Monte Cristi Wreck is a rare New World example of a Dutch merchant shipwreck dating to a relatively tight time frame between 1652-1656. Hall explains that the “origins of the vessel and cargo place this wreck in the middle of a volatile competition between the English and Dutch for maritime, mercantile, and military supremacy in both Europe and the Americas. The “Pipe Wreck” may be one of the few maritime cultural resources that help to shed light on this fascinating era of history.” 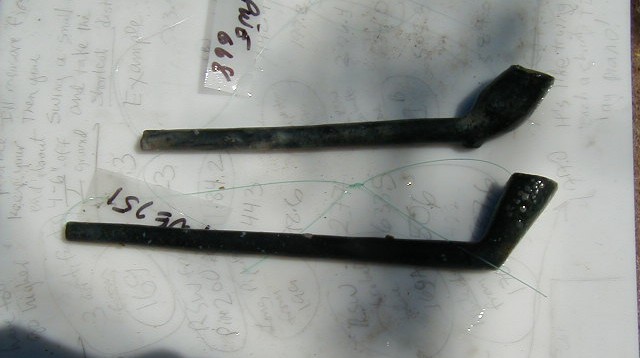 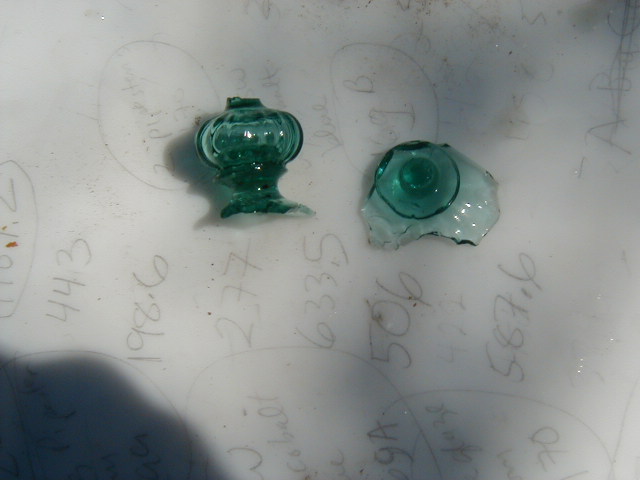 ABOVE: Glassware recovered from the wreck site (Left, Photo: INA).