By Institute of Nautical ArchaeologyMarch 8, 2020April 12th, 2020No Comments

WHAT: WESTERN STEAMBOAT
WHERE: OKLAHOMA, USA

Beginning in 2002, INA, the Oklahoma Historical Society, and Texas A&M University engaged in a joint study of the western steamboat Heroine (A.D. 1832-1838) which sank in the Red River between Texas and Oklahoma. Excavation of the wreck’s interior yielded details of the hull’s construction and a collection of tools, cargo, machinery, and personal items, while later work concluded with the disassembly of the drive mechanism (the port paddle wheel, and the fly wheels and main shafts) and its recovery by helicopter.

What turned out to be the Heroine also happened to be the earliest and among the finest examples yet of the celebrated “western river steamboat”. The western steamboat was a marvelous amalgam of maritime technology, a product of native genius that profoundly affected the course of history. Prior to steam’s arrival on the Mississippi River and its tributaries in 1811, the river was essentially a one-way route: the strong currents floated goods out of the interior, but prevented sailing ships from working their way upriver. Steamboats changed all that, speeding up the westward movement of the United States, transporting people and their goods, and transplanting their cultures, into the interior of the North American continent.

Heroine, like her contemporaries, tramped the western rivers, taking on whatever cargo and passengers were available and delivering them to ports between Louisville and New Orleans. At various times during her career, she carried bales of cotton, immigrants, foodstuffs, businessmen, and even supplies and volunteer troops for the Texas Revolution. Although steamboats serve as icons of nineteenth-century North American culture, technology, and western expansion, knowledge of their design, construction, and propulsion machinery is surprisingly scanty. This is particularly true of the vessels produced in the early period of steam navigation, from 1811 to circa 1840. The excavation of Heroine fills in some of these gaps related to construction and western steamboat culture. 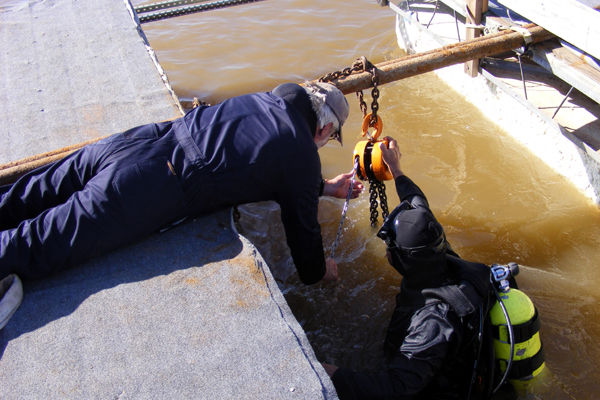 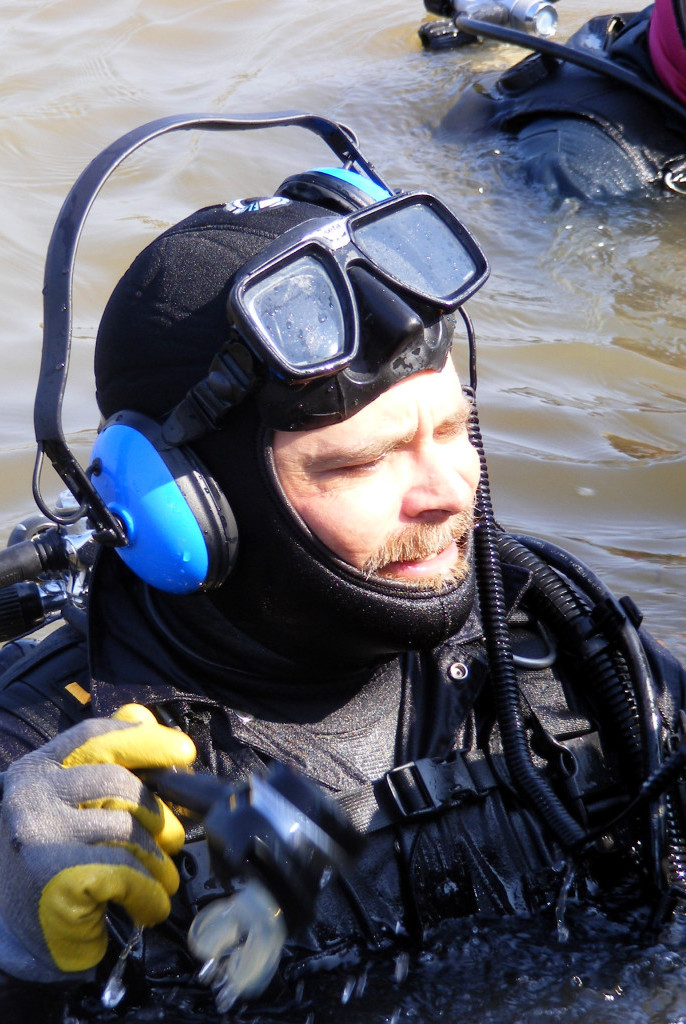 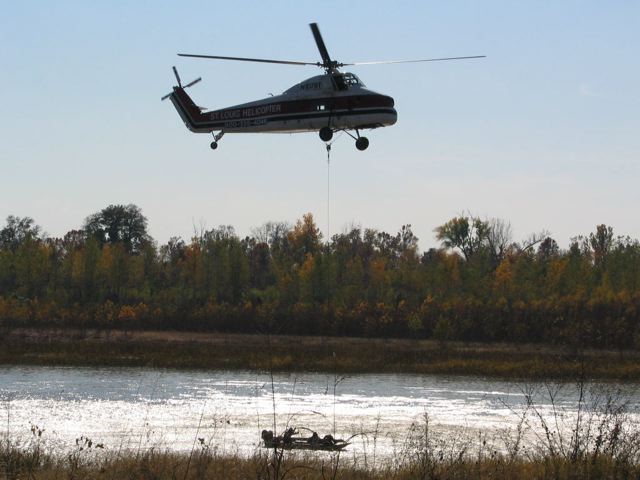 ABOVE: Dr. Kevin Crisman surfacing after a dive (Photo: INA). Recovering the 1600-pound paddle wheel with the help of a helicopter (Photo: INA).