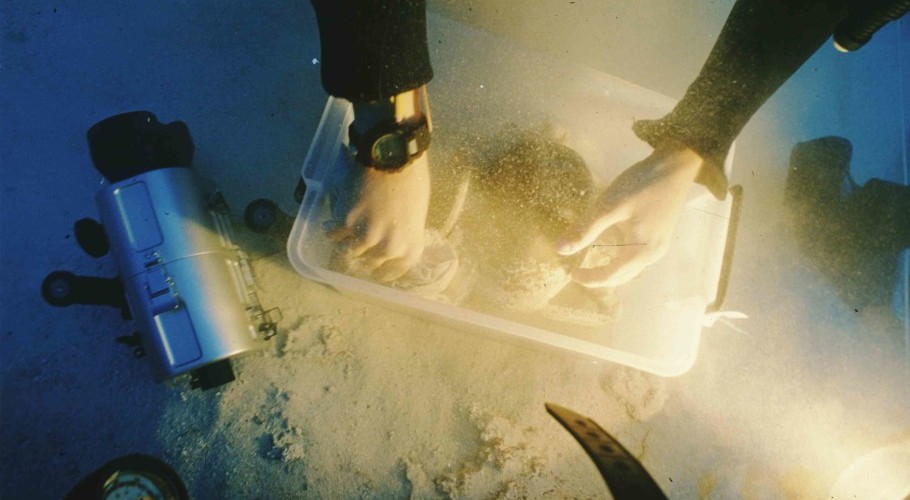 The Classical Greek shipwreck at Tektaş Burnu was located during one of INA’s annual Turkish shipwreck surveys and excavated by INA between 1999 and 2001. The ship sank to a depth of 45 m between 440 and 425 B.C. or shortly thereafter, making it the only shipwreck from the pinnacle of the Athenian maritime empire to be excavated in its entirety.

The vessel was transporting over 200 transport amphoras filled with wine, pine tar, and butchered beef, in addition to smaller quantities of ceramic lamps, bowls, drinking cups, and table amphoras from East Greece. Analysis of the transport amphoras revealed various pre-firing stamps including a single previously unattested example of a type featuring the Greek letters EPY, the ethnic of the Greek city of Ionian Erythrae. This attribution helped to establish the amphora typology of this important Ionian city, and provided precious evidence for the poorly-attested Classical period in a place that lay at the periphery of the Athenian empire. The Tektaş Burnu shipwreck also produced the only stratified examples of marble ophthalmoi (marble ship’s eyes) from an ancient shipwreck.

Carlson, D.N. 2004. Cargo in Context: The Morphology, Stamping, and Origins of the Amphoras from a Fifth-Century B.C. Ionian Shipwreck (Ph.D. diss., University of Texas at Austin) 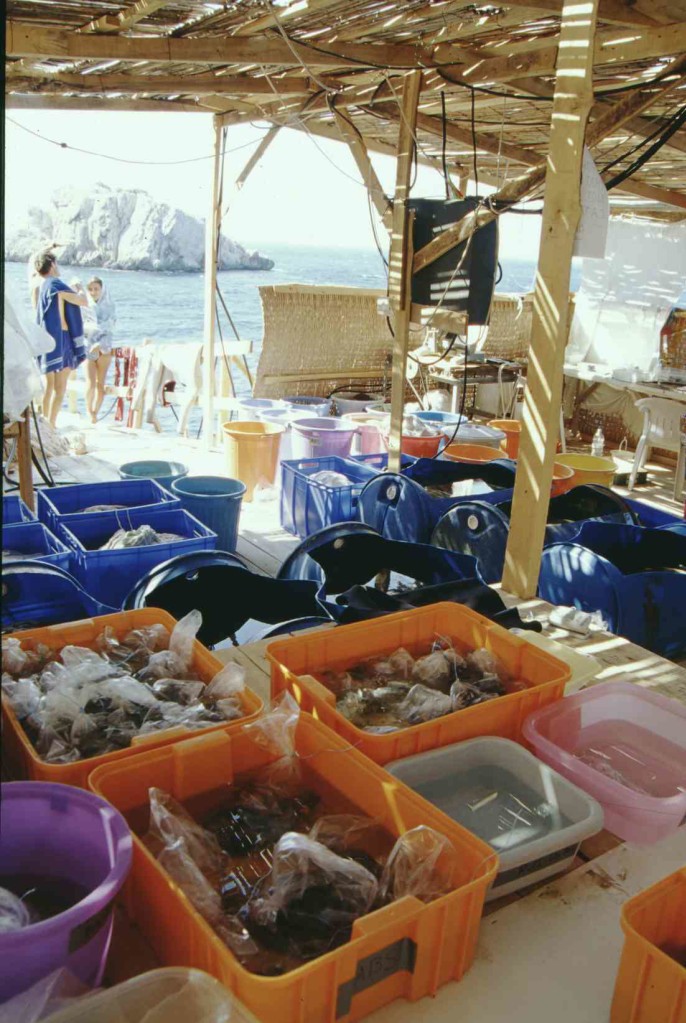 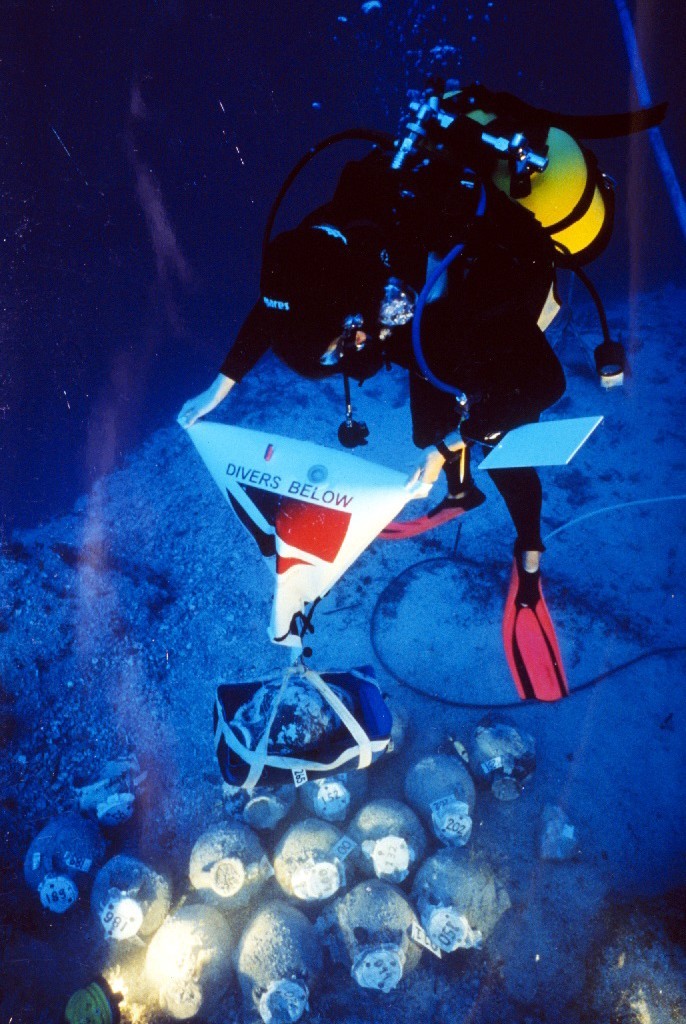 ABOVE: Ceramics are placed in freshwater baths to remove chlorides (Left Photo: INA). An archaeologist uses a lift bag to raise an artifact to the surface (Right Photo: INA).