By Institute of Nautical ArchaeologyFebruary 23, 2020April 30th, 2020No Comments

WHAT: BYZANTINE WRECK
WHERE: YASSIADA, TURKEY

This Byzantine wreck was reported to journalist Peter Throckmorton in 1958 by a sponge diver from Bodrum, and was excavated, between 1961 and 1964, by a team directed by George Bass, then faculty at the University of Pennsylvania. The wreck lay about 32-39 m deep off Yassıada, a small coastal island that caused many ships to wreck in antiquity, and contained a wealth of information about the 7th century A.D. The mapping system, carefully employed by the excavators, provided details about its construction and allowed for a full reconstruction of the ship.

It was discovered that the ship was built differently from preceding Greek and Roman ships in that it was more crudely constructed, suggesting that the builders chose economy over aesthetics. Other adaptations include smaller mortise-tenon joints, which means that the hull strength came from the internal framing system, and not from the planking. Thus, the ship appears to have been constructed in a mixed shell-first and skeleton-first way, which places it at an important transitional stage in ship-building technology. Another feature unique to this shipwreck was the tiled galley (cooking area) roof that had a chimney. This cooking area contained water jars, cauldrons, pots, jugs and pitches, a copper bake pan, and even fine tableware with settings for 4 or 5. A storage locker near the galley contained the ships valuables: gold and copper coins, a carpenter’s toolkit, unused lamps, balance weights, and three steelyards, the largest of which was inscribed with the name of the ship’s captain/priest, Georgios.

The ship was carrying approximately 900 amphoras, coated internally with pitch, and carrying wine. Some amphoras were inscribed with graffiti, indicating previous uses for the amphoras, such as storing olives or lentils, which suggests that perhaps instead of a coastal wine trader this wreck carried wine in recycled amphoras. 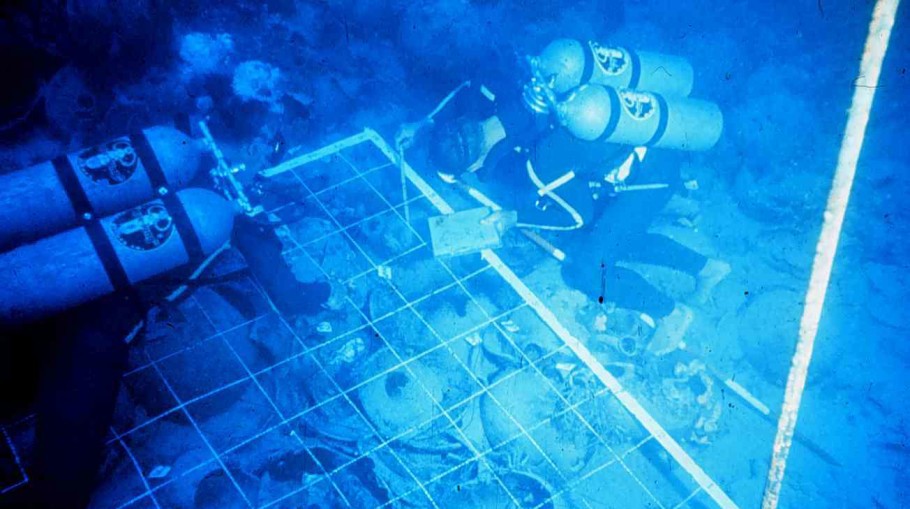 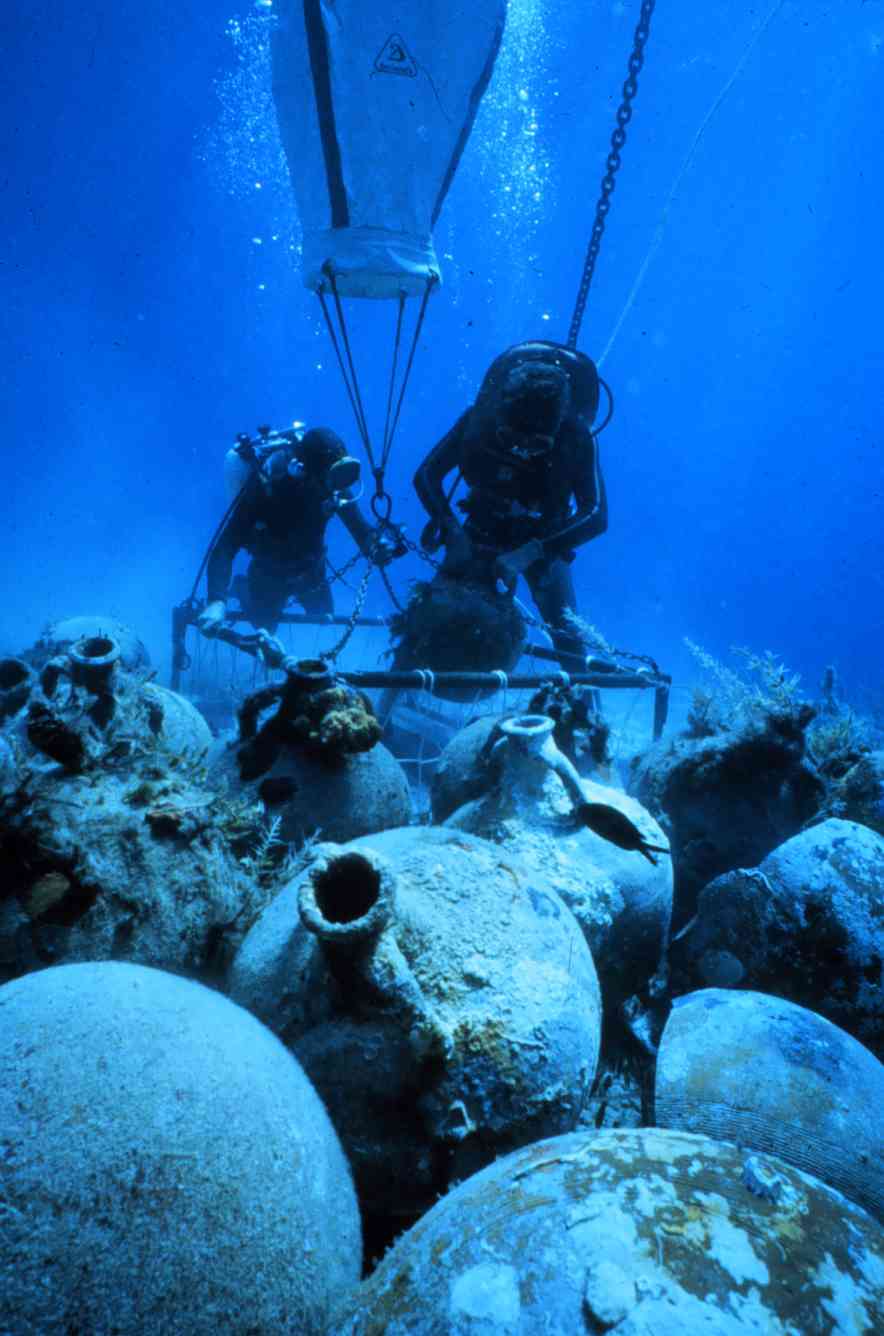 ABOVE: Amphoras being loaded into a lift basket to be transported to the surface (Left Photo: INA YA7-657). 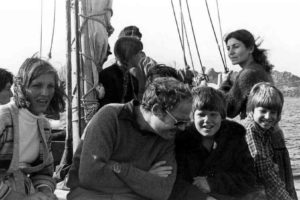 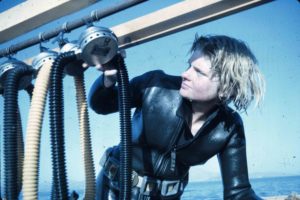 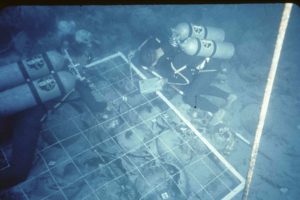 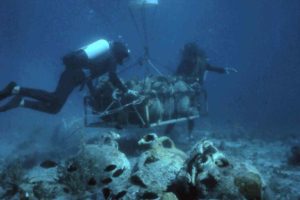 In order to raise a representative sample of the more than 800 amphoras on the shipwreck, large baskets and lifting balloons were employed. (Photo: INA) Slide# YA7-659. REF745 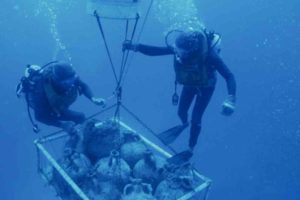 Over 100 amphoras and numerous other finds were transported to the surface during the excavation from 1961 to 1964 using lifting balloons. (Photo: INA) Slide# YA7-696. REF746 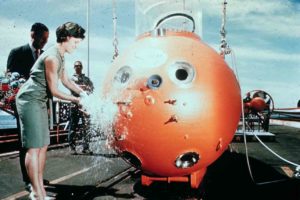 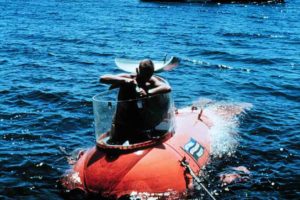 The submarine 'Asherah' in preparation for it's decent on the Yassiada site. (Photo: INA) Slide# YA7-131. REF748 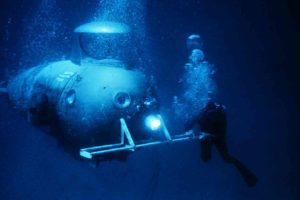 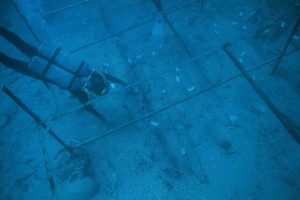 View of the exposed hull timbers in situ beneath the iron working grid. (Photo: INA) Slide# YA7-201 REF750 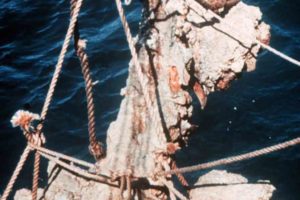 Raising a concretion of anchors. All of the anchors were completely covered in this type of concretion. (Photo: INA) Slide# YA7-409. REF751 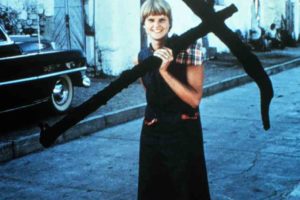 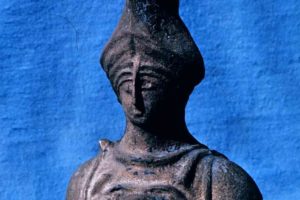 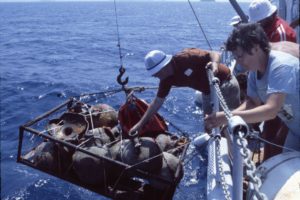 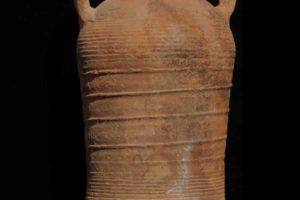 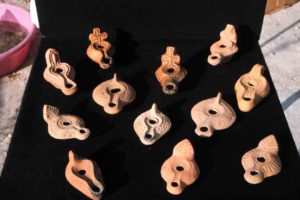 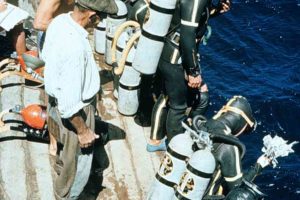 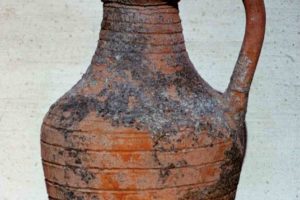 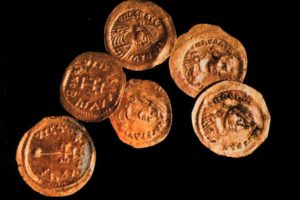 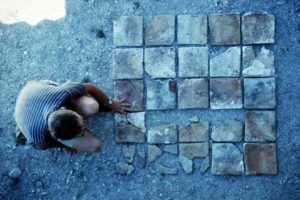 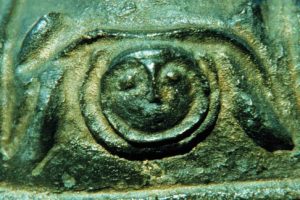