Yassıada, an island off the Turkish coast, is small but has a reef that extends 200 meters southwest from its southwest corner which is especially treacherous, for it rises to within two to three meters of the surface about 125 meters off shore. An unknown number of ships have run onto this reef and sunk.

Lying at a depth of 36 to 42 meters, about 100 meters south of Yassıada , is a Late Roman wreck of the late fourth or early fifth century. It was partially excavated under the auspices of the University Museum in 1967 and 1969; a later excavation campaign, in 1974 under the auspices of the Institute of Nautical Archaeology, was halted by the outbreak of hostilities on Cyprus. The ship was 19 meters long, with a length-to-beam ratio of 3:1. Its hull, mostly of cypress, but with a keel of white oak, was built in the shell-first Greco-Roman manner. Its pegged mortise-and-tenon joints were weaker and farther apart than those of earlier vessels, however, although not so widely spaced as the unpegged joints of the later seventh-century ship. These factors, and evidence for the early erection of half frames amidships to help the shipwright shape the hull, provide further proof of a slow evolution toward modern, frame-first construction. We did not find the anchors for the ship, which carried around 1,100 amphoras in its hold. The stern yielded Late Roman plates, a dish, a bowl, pitchers, a cup, cooking pots, two large storage vessels, and four terra-cotta lamps. The shapes of the lamps, one with the initials of a known Athenian lamp maker who flourished at the time, provided the approximate date for the ship’s sinking. Excavation deeper on the sloping seabed would surely reveal other artifacts that tumbled down slope as the ship disintegrated. 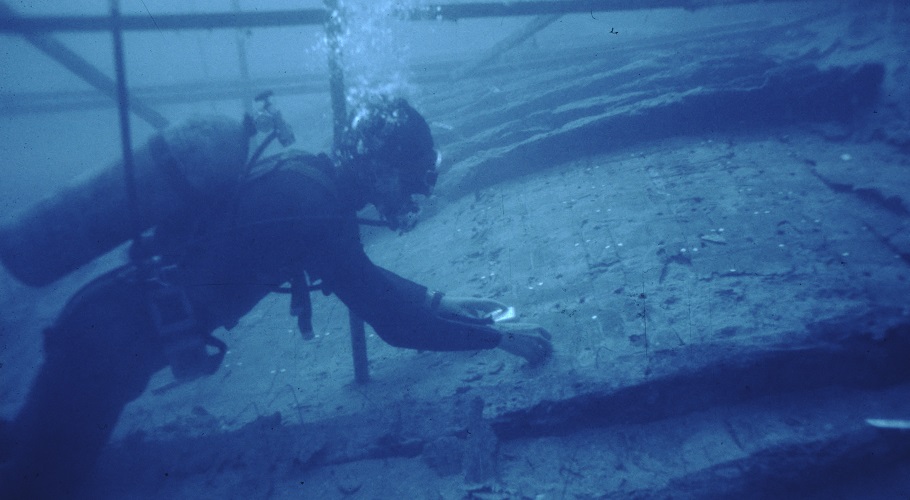 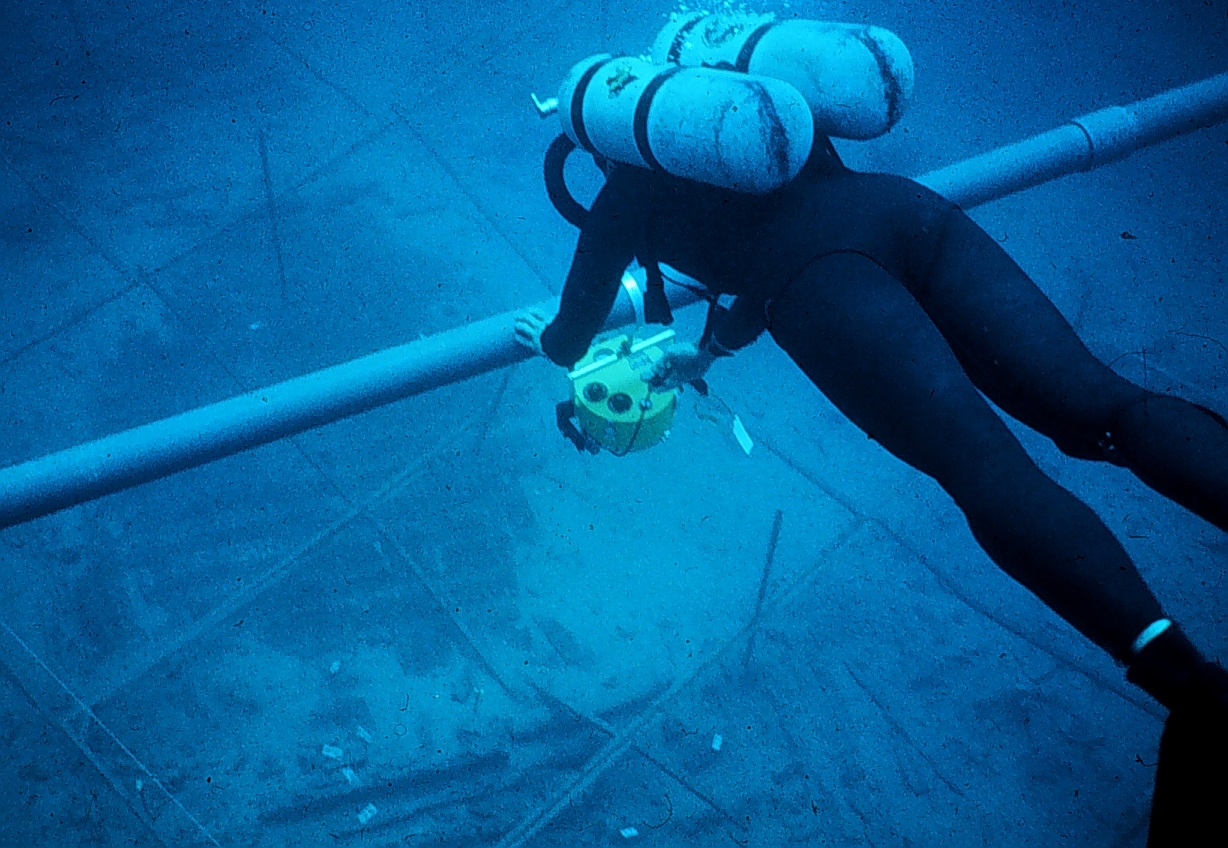 ABOVE: Archaeologist photographing the exposed hull (Photo: INA, Slide #YA4-471).