Brewing Up Knowledge with Brigadoon

By Grace TsaiNovember 19, 2017No Comments

This past weekend the team took a trip out to the Renaissance Festival (known to the public as Ren Fest) in Todd Mission, TX to learn about 17th century beer brewing. It was my first time at Ren Fest, and my first time seeing brewing in process. I didn’t have any expectations coming on this trip, but when I saw festival attendees in crazy costumes I could only assume this was going to be quite a unique experience.

Our team arrived bright and early to Brigadoon Brewery where the brewmaster, Alan Ward, explained the basics of the brewing process. The recipe, derived from Sir William Harrison’s Description of Elizabethan England, was only a few steps but took the entire day to brew! 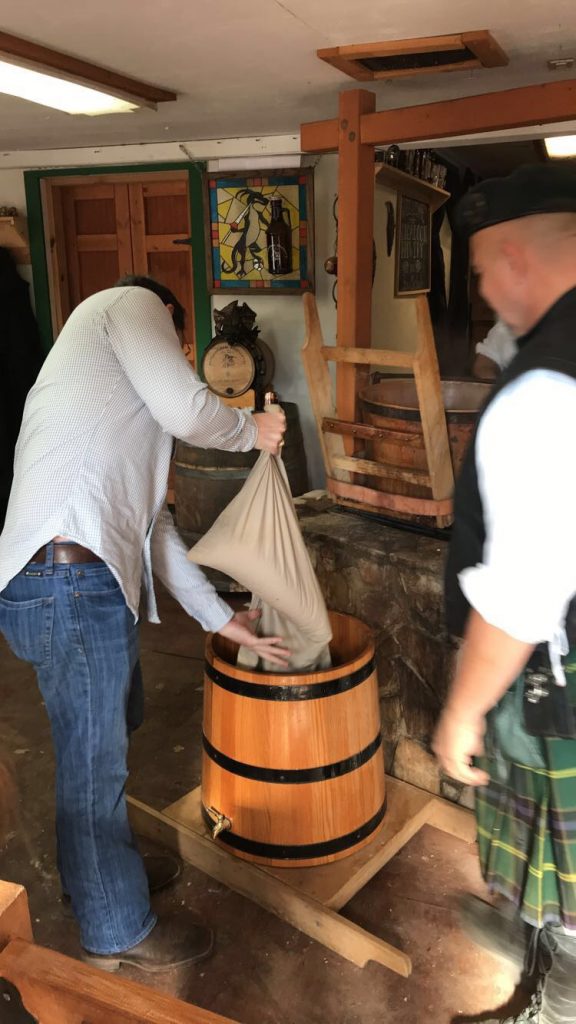 In addition to the length of the brewing process, we were unaware of the amount of science behind it. The temperature, sugar levels, how the grains were milled, and many more aspects had to be carefully controlled and monitored to ensure the brewing went smoothly. Sarah Bankhead noted, “After spending much time reading historical accounts and methods for brewing, it was very neat to get to see and experience the process come to life.” Nicki Fischer added, “It is one thing to read about the recipe and the methods used to brew the beer, and it’s another to sit first row and lend a helping hand.”As scientists, I think it’s safe to say brewing is not only a craft but an intense scientific procedure as well. 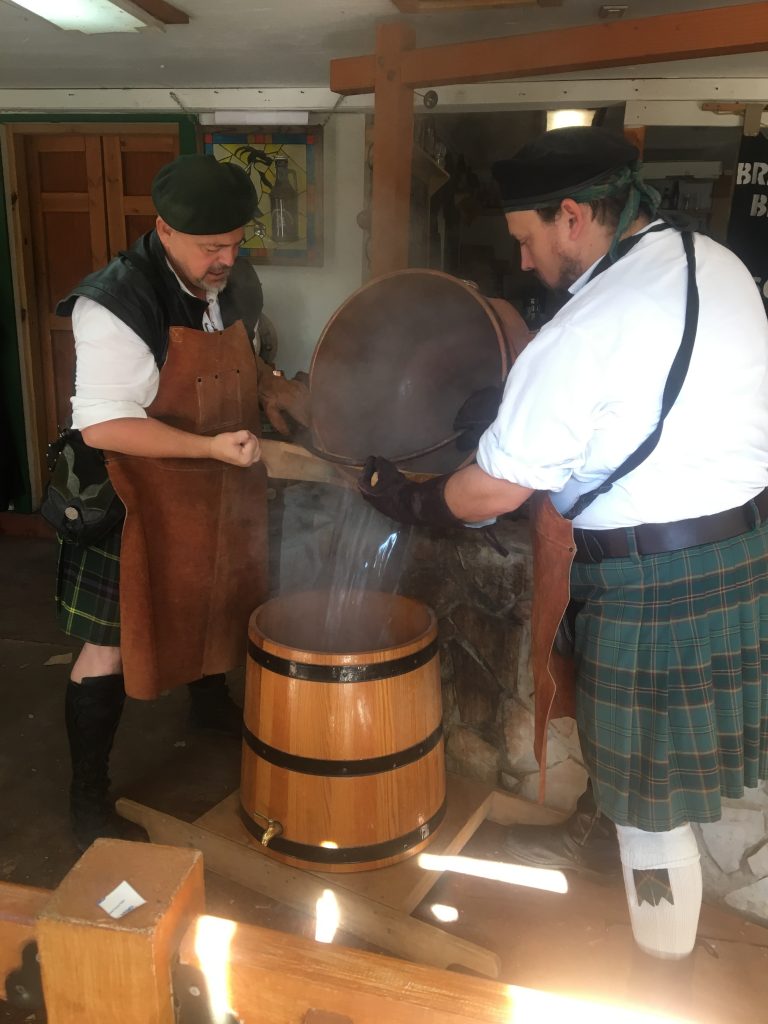 In the midst of the brewing, our team also promoted our historical beer tasting event by asking bystanders to enter their contact information on a slip (to be notified of the event) for the chance to win tickets to our Elissa shipboard tasting on March 23, 2018. We jokingly called this “heckling,” and dressed up in bacon and egg costumes, our team members took turns as pairs advertising for the event. Our microbiologist, Dr. Elizabeth Latham, a master heckler, taught us how to draw people into  conservation and keep them interested. I can speak for the team in saying that we all got out of our shell during heckling! 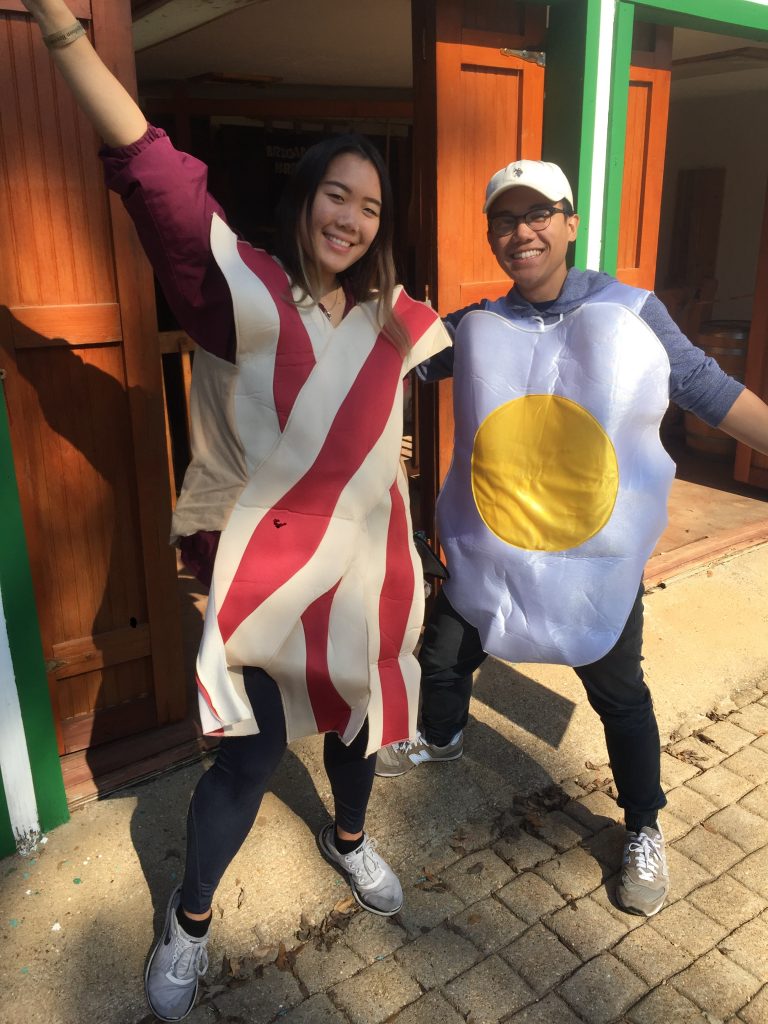 Helen (left) and Christian (right) heckling people outside Brigadoon Brewery to sign up for notification of our shipboard beer tasting.

What did the beer taste like? I can’t say as 1) about half of us, including myself, are underage and were given a wristband that indicated we could not try any alcohol, and 2) our beer is not ready yet as it has to go through fermentation for the next 2 weeks. We will be picking the beer up on Thanksgiving weekend!

The trip was a great experience in learning the science of brewing beer and how important it was to 17th-century sailors.  A big thank you to Alan and his team who were extremely helpful with keeping the recipe as historically accurate as possible. We couldn’t have completed the brewing project without the generous help of Brigadoon Brewery & Brew School. 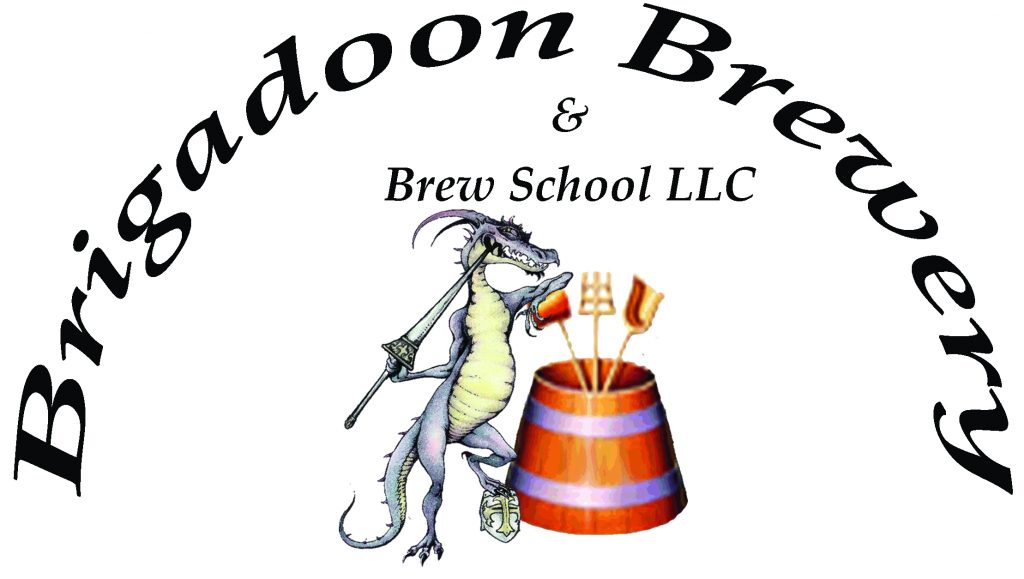 To educate as many minds and palates as possible about the important role of beer in the development of civilization and the qualities and attributes of craft beer. In short:

“We believe that life is too short to drink bad beer.”

2017 will be our 10th season at the Texas Renaissance Festival

Brigadoon Brewery & Brew School is a unique brewpub and teaching facility located on the grounds of the Texas Renaissance Festival in Todd Mission (Plantersville), Texas. Brigadoon Brewery and Brew School was born from a desire to bring our love of brewing beer and our love of the Texas Renaissance Festival together. We opened in the fall of 2008 as a unique living history demonstration booth brewing with historical equipment and techniques.  In 2011 we expanded production to include a modern stainless system off stage. Both the historical and modern brewed beer are sold back to the public. To our knowledge we are the only renaissance style brewery or brewpub operating on the grounds of a Renaissance Festival using period specific recipes, equipment, and methods as well as modern equipment to brew hand crafted ale and serve it to the public.

What does that actually mean? Well, nine weekends a year (a total of 19 days) we don our garb and brew beer using equipment, ingredients, techniques, and recipes that would have been available during the 1400s through the 1600s. We then give samples of ale away and sell pints to visitors that pass through our booth allowing them the opportunity to taste a piece of living history.

Brigadoon Brewery Currently brews over 12 different beers.  Brigadoon’s Scottish and English Ales are both reverse engineered from tax records to match a period in history (1490-1550) and are brewed on period equipment using period techniques and then sold back to the public making each sip a taste of history.