By Grace TsaiDecember 14, 2019No Comments

During the 17th Century, measurements were very different than how they are today! As we end the fall semester, we are slowly converting our GCMS (gas chromatography-mass spectrometry) and nutrition data into comparable units to the 21st Century metric system. To do this, we had to understand the weight systems used to measure food during the 17th century. During this time period they used two basic classes: relative and absolute systems. Each basic class had seven systems that fell within three groups; these groups included mass, capacity, and linear. If a standard applied to a single group then it would be classified as a primary standard. Whereas, if the standard was associated with more than one group it was considered a secondary standard.

Keeping this in mind, the team sought out to find the weight systems used to measure the food items replicated for our research. We discovered that the Troy, Winchester, and Avoirdupois weight were all used as food measurements during the 17th Century. The Troy weight was first used in 1497 when it was adopted by Henry VII to be used for precious metals, coinage, and bread. The Troy pound system is still used today, in units no greater than the Troy ounce as it was abolished by the Weights and Measures Act of 1878. In today’s metric system 1 Troy Pound is equivalent to 372.248 grams. The Troy weight was used to measure corn, wheat, and flour.

Established in 1582 by Elizabeth I, the Avoirdupois weight replaced the two remaining Merchants’ Pound systems in Britain. Still in use today, the Avoirdupois pound is equivalent to 7000 Troy Pounds and 453.6 grams. This system was used to weigh beef, cheese, meat, butter, and numerous metals during this time period. 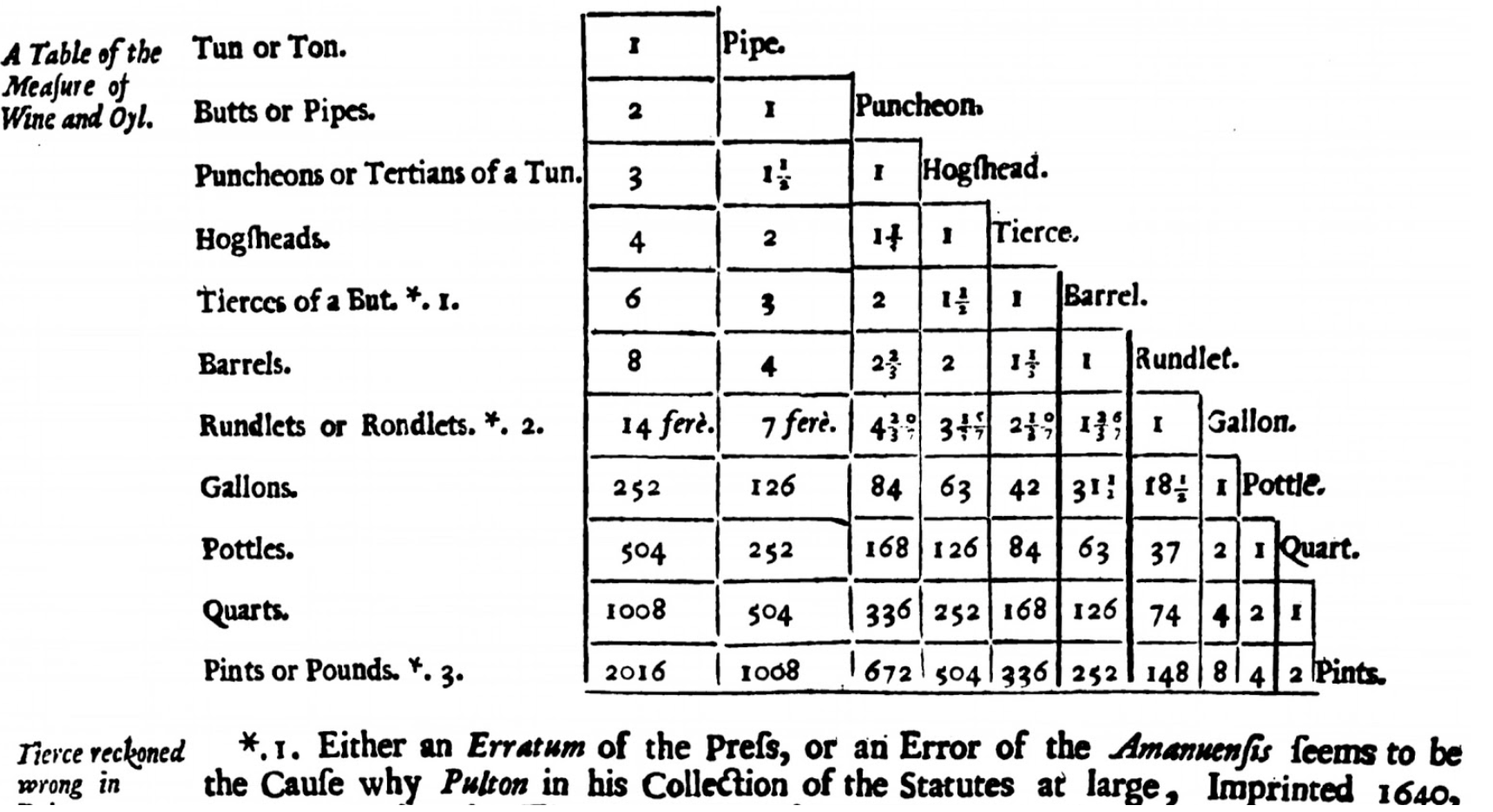 Using all of these conversions, the team started converting the gas chromatography-mass spectroscopy (GCMS) data from parts per million (ppm) to mg, for each element. To do this, we first converted each sample from ppm to mg/lb, according to the weight system used during that time. The average was then calculated for each collective sample, and in this case, meat samples were converted. After finding the rations for each meat per week, the converted pound per meat sample was multiplied by the average milligram per pound, resulting in the mg of each element in the meat samples.

Stay tuned next week when we release the results for each mineral analyzed!