WARNING: Once again, this series of posts is not recommended for landlubbers and those with weak stomachs. Expect images of raw and partially decayed food. Read at your own discretion.
[expand title=”> Enough *whiffle-whaffling…click here to read the post”]

It has now been several weeks since the salted beef was put in brine. The meat, due to the salinity of the brine, floats and needs to be submerged in the brine either with a rock (this is the Colonial Williamsburg Method because the casks there are put on their heads, rather than on the roll with the bung up, which is the typical way of stowing casks), or by filling the cask up to the brim with brine so that all the meat is submerged. We used a jar, and although we filled it to the top with as much brine as possible, some of the meat from our experiment still stuck out of the brine and had to be pushed below the liquid with a bottle cap that was pressed up against the lid. As our images show, however, the bottle cap was somehow displaced shortly thereafter from its original position, allowing some of the meat to protrude above the brine–this made an unexpectedly large difference with how the meat held up. 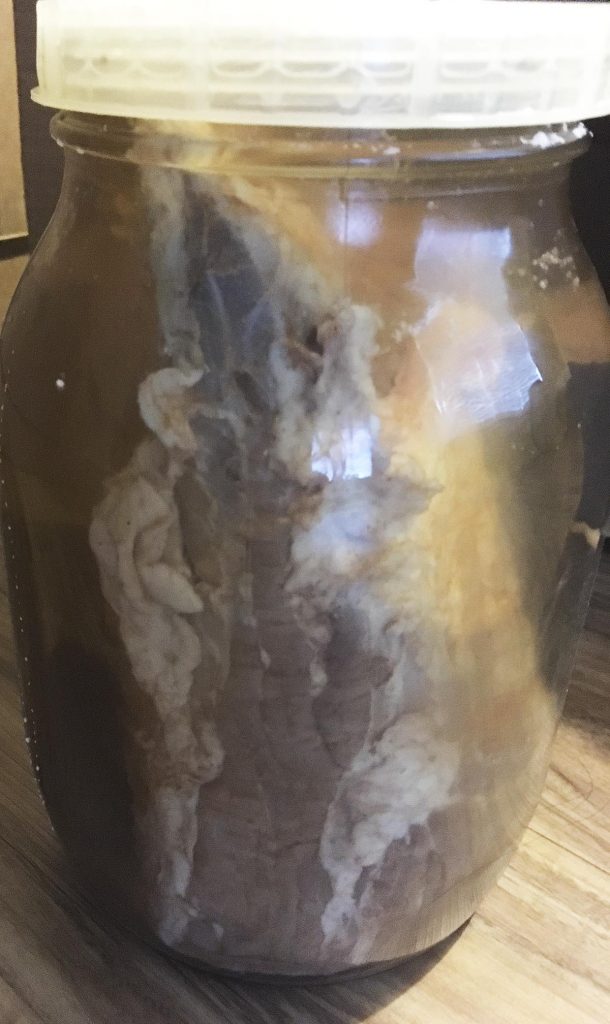 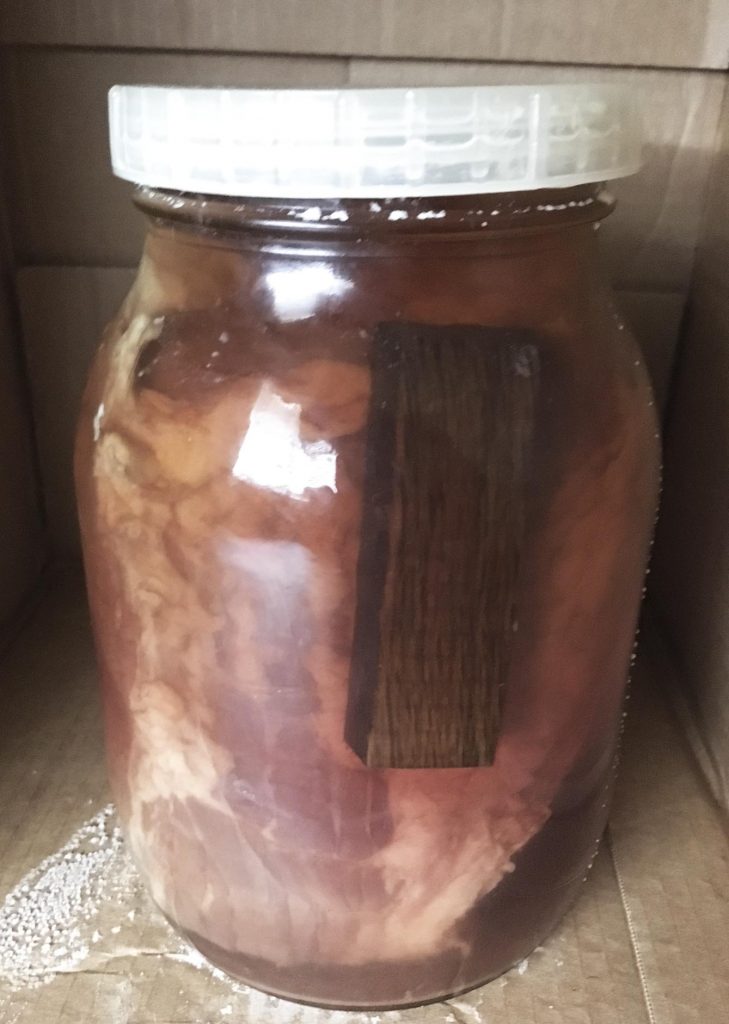 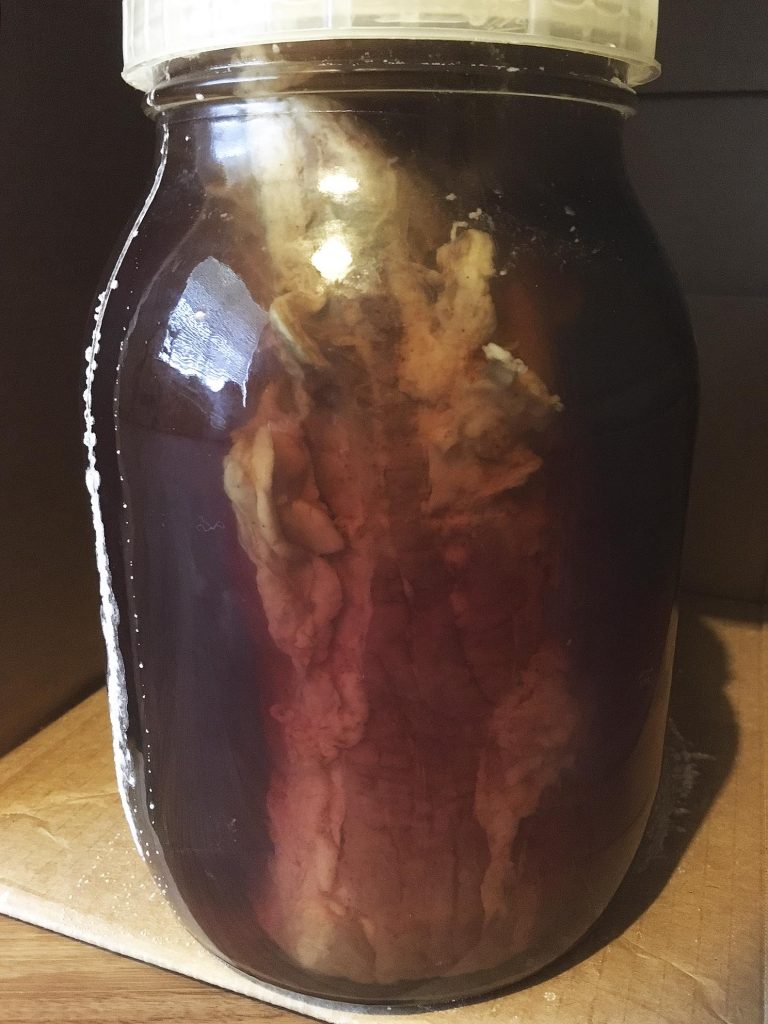 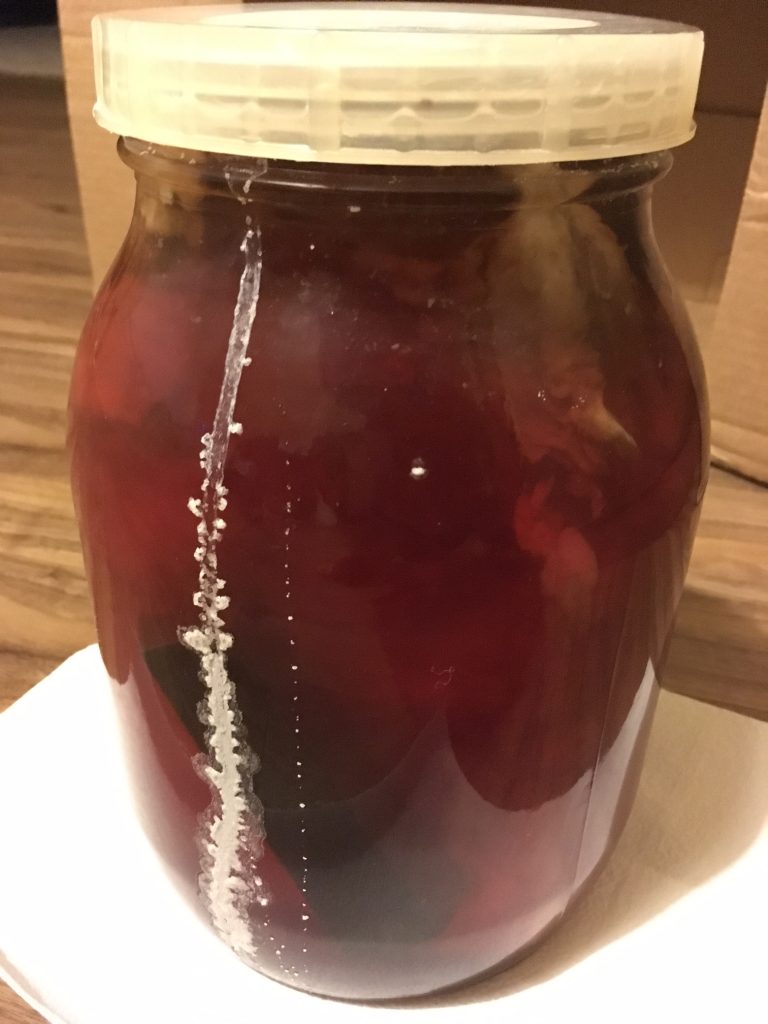 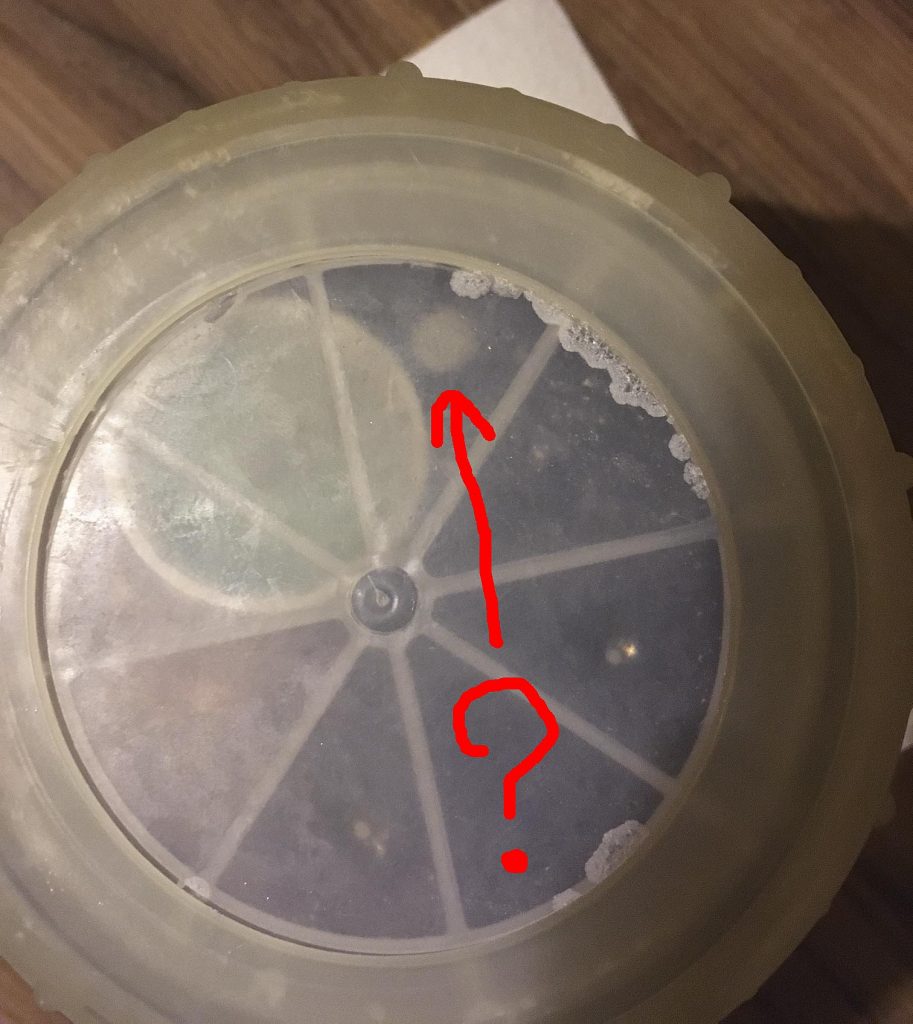 Is that mold? A bacteria colony? Possible signs of life growing on top of the brine. Sept 26, 2016 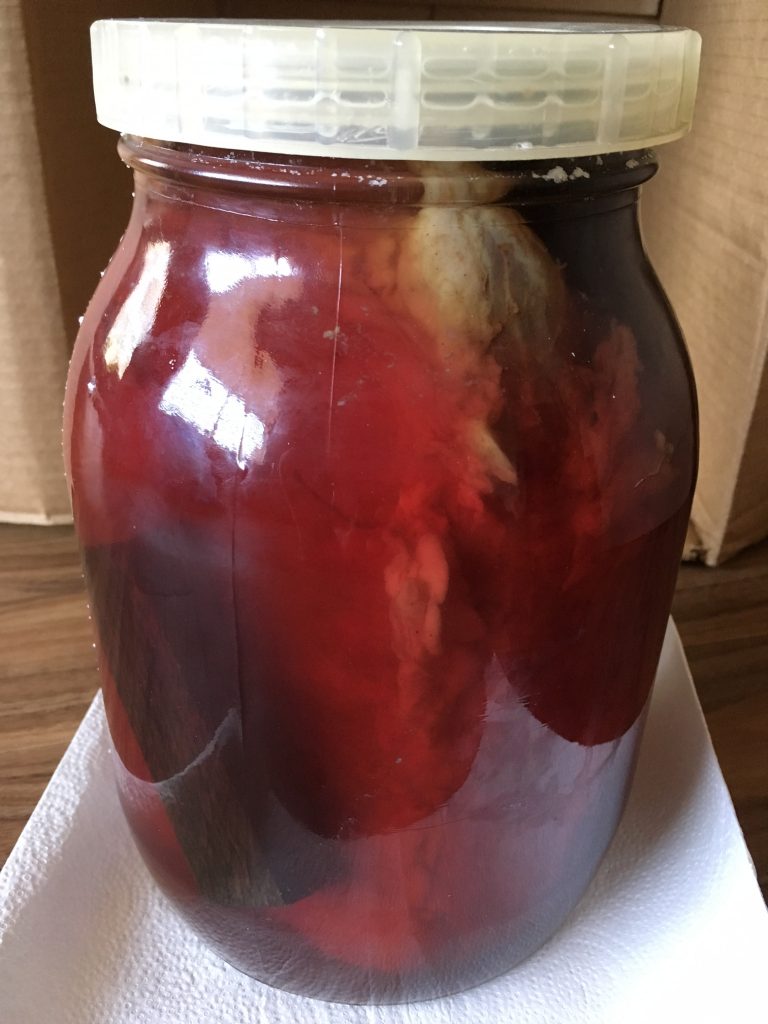 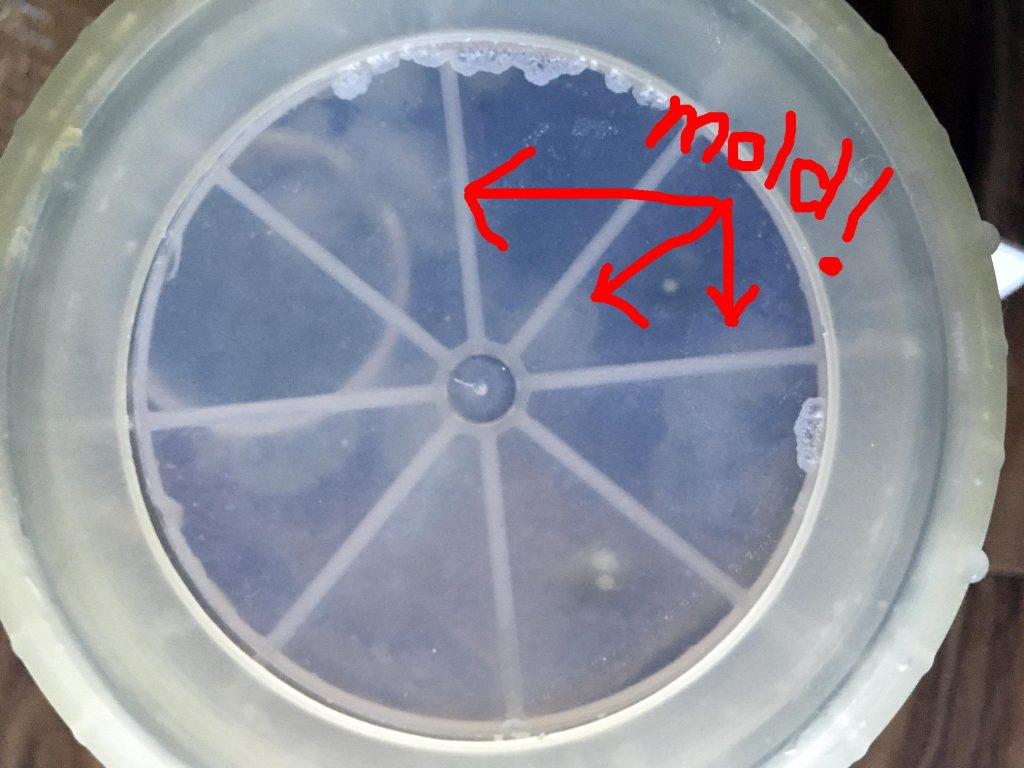 We discover new forms of life! What appears to be mold has spread across the surface of the brine.

The brine has now turned a deep red, we speculate this is due to the tannins and other chemicals from the 2 wood pieces. The muscle (red meat) on the beef is now a washed out pink/gray color. As for the mold, our hypothesis is that the saturated fat from the meat floated to the surface of the brine and created a barrier from the salt (which typically inhibits mold and bacterial growth), on which the mold could grow. If this is the reason the mold has grown in the jar, it is no wonder that sailors continually checked for leaking casks and refilled them with brine.

Check back soon for new updates!

*Whiffle-Whaffle: “An indecisive, time-wasting ditherer.” The author of this post discovered this list while writing the post and couldn’t resist using at least one. Apparently the word waffle comes from “The onomatopoeic waff (17th C) which means to bark or to yelp like a dog is, sad to say, virtually obsolete but its modern-day counterpart, woof (19th C), still thrives. From An Etymological Dictionary of the Scottish Language (1808) by John Jamieson we gleam that since at least 1678,waff and waif meant “the act of waving” and “to fluctuate” whereas waff alone, denoted someone who was worthless.” Fascinating.