Welcome to the Ship Biscuit and Salted Beef Weblog. The aim of this project is to understand sailor health and nutrition through the replication of seventeenth century shipboard food. Ship biscuit, salted beef and pork, beer, wine, cheese, and other foods will be reproduced using archaeological and historical sources and stored in a ship’s hull for three months. Every ten days during this period, it will be taken out and tested for its microbial and nutritional contents. As a highly interdisciplinary project, our team consists of a varied group of individuals, ranging from archaeologists to food scientists. 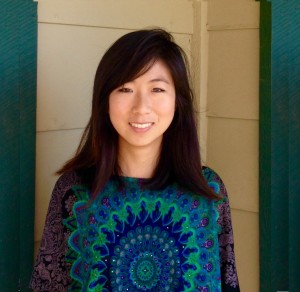 Although the director of this project, Grace is not solely limited to archaeology and monitoring rotten food but also has several hobbies including traveling to exotic locations and making friends with animals.

Grace Tsai was born in Hartford, Connecticut to a Taiwanese-American family. Shortly after her birth, her parents moved to Thousand Oaks, California, where Grace spent her youth involved in school, piano, and church. Described as “Leo the Late Bloomer” by her parents and teachers throughout the early years of elementary school due to a slight speech impediment, Grace finally blossomed in high school and graduated as one of the top students—proof that there is hope for everyone. She went on to major in Anthropology and Psychology at the University of California San Diego, during which she studied abroad in Italy, Egypt, and Turkey. She later taught English for a semester in the Republic of Georgia in a rural village located in the Caucasus Mountains, before being accepted to Texas A&M University’s Nautical Archaeology Program. These travels introduced her to new experiences, projects, and people that have shaped the person that she is today. She now enjoys her free time living vicariously through herself by directing unusual projects such this one. 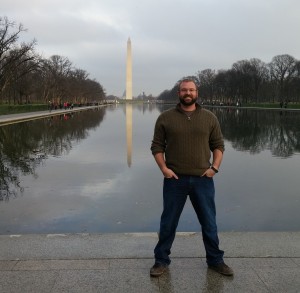 Originally from Cleveland, Ohio, Chris took a rather circuitous path to get to where he is now: a PhD student at Texas A&M University. At the wizened age of 18 he joined the Navy, where he worked in the engine room of a Seawolf-class nuclear submarine until he was 24. After the Navy, he moved to the Caribbean island of Antigua to work as the maintenance manager for the spectacular St. James Club resort, but the lure of higher education eventually dragged him away from the amazing people, perfect beaches, and sunshine-filled days of island life. From Antigua he moved to Colorado, where he finally went to college at the age of 26, majoring in Anthropology at the University of Colorado in Boulder. Boulder is the Shangri La of beer, and it was here that Chris first started his brewing obsession hobby. After graduating from CU, he came to Texas to study nautical archaeology and the conservation of archaeological materials, and he brought all of his brewing equipment with him. In the course of his studies, Chris began researching rum-running during the prohibition, and this research segued into a fascination with historical beer recipes. Not needing much of an excuse to brew some beer, Chris has found that brewing from recipes discovered through archival research is a fantastic way to bring the past to life, one delicious pint at a time. 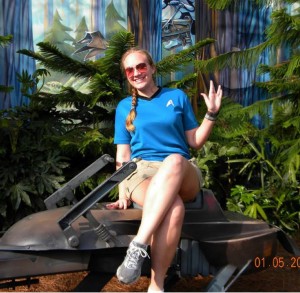 Meg Hagseth graduated from the University of Evansville with a Bachelors of Arts in Archaeology in 2012.  After graduation she came to Texas A&M University to follow her passion in underwater archaeology.  There she studied cattle barges of Ancient Egypt, completing her Masters of Arts in December 2015.  Meg took a brief hiatus from academia to play with fish as a scientific diver at the Downtown Aquarium Houston, but returned to Texas A&M after a year to continue her research on the bizarre ways humans interact with animals on ships.  Currently her focus is on shipboard pets during the 17th and 18th centuries, a topic on which she presented at the SHA Annual conference in 2014. 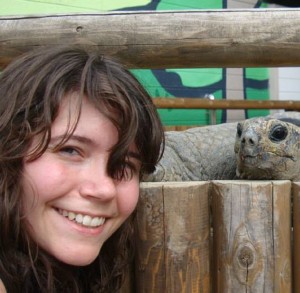 Morgan grew up in a small town in west Texas called Seminole. She lived on a small ranch/farm and raised goats, sheep, and cattle. She was an active member of her local 4-H club and Speech & Debate until she graduated from high school. She attended Texas A&M University and studied abroad in Japan before graduating in 2014. After getting a taste of city life in Tokyo, Morgan moved to Seattle after graduation to work at Trupanion, a pet medical insurance company. While in Seattle, she lived in the neighborhood of Ballard, also known as the brewery district. She was able to experience a timeless unique beer culture and never drank the same brew twice. She was drawn back to College Station to work for the Texas A&M Athletics Department. She spends her spare time assisting with this project and caring for her small zoo consisting of two St. Bernards, two black cats, one silver corn snake, and a blue Beta fish. She treats everyday as a new adventure and can’t wait to learn more about the historical food production and how the shipboard conditions might affect the food. Her focus on this project will be primarily based on beef research, beer production & brewing, salt research, and overall research assistance. 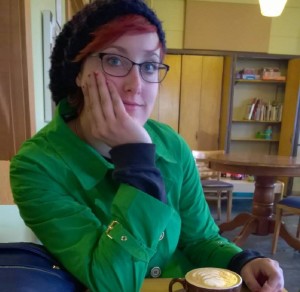 Brandy Thomason is an Anthropology undergraduate student at Texas A&M University. She is majoring in Anthropology with a double minor in Japanese and Museum Studies. She has interned with Kyorin University in Hachioji, Japan; the Star of the Republic Museum in Navasota, Texas; and the Nordic Heritage Museum in Seattle, Washington. She has also volunteered at the Texas A&M Riverside Campus Conservation Research Laboratory and the Texas A&M University Nautical Archeology Program. Her hobbies include hiking, studying the fascinating Japanese language, writing fictional short stories, and of course, beer tasting. Her focus on this project will be primarily on beer production & brewing and salt research. She looks forward to visiting a historical brewhouse and tasting a delicious and historically accurate brew.

In addition to this core team, we have several professors who are assisting with the project from the Nutrition and Food Sciences Department at Texas A&M University. Dr. Karen Kubena, a registered dietitian and professor in the Nutrition Department, is a key player in the development of this project and has been crucial as a mentor. Dr. Matthew Taylor, an assistant professor in Meat Science, is helping with the microbiological aspect by identifying the strains of bacteria that will be present in the replicated provisions. Dr. Wesley Osburn, an assistant professor in Meat Science has been instrumental in giving guidance regarding salted beef and its preservative qualities.

Several individuals not affiliated with Texas A&M University have also contributed significantly to the project. Marshall Scheetz, Frank Clark, and Barbara Scherer from the Colonial Williamsburg Foundation have been wonderful sources of information regarding coopering, colonial beer, and historical salted meat. Board Director John De Lapa has been very supportive of the project and has provided several useful historical sources and suggestions towards the direction of the project. Board Director Dr. Allan Campbell helped with research regarding medical problems stemming from shipboard food. Lastly, Tanya Brock from Carillon Brewery in Ohio has contributed significantly via her knowledge in historical brewing, and will be helping us brew the project beer.

Sea Biscuit and Salted Beef would not have been possible without the support of the Nautical Archaeology Program at Texas A&M University, the Institute of Nautical Archaeology, and the National Museum of Bermuda. Check back soon for new updates on the project!