By Paula Moreno and Somer Smi 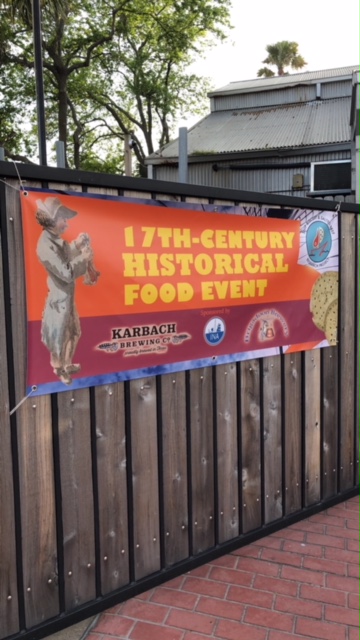 Our shipboard beertasting for NauticAle was a hit! Not only was the venue at the Texas Seaport Museum beautiful, but the weather was perfect, the beer tasty, and the activities/entertainment great. This week’s blog post is on the mini exhibit we set up, and our guest speaker, Alan Ward’s, talk.

A temporary exhibit of the Ship Biscuit and Salted Beef Research Project was premiered in Galveston at the Historical Food event at the Texas Seaport Museum. The exhibit included four informational boards and two modified casks–one replicating a meat storage container and the other of beer. The first exhibit panel (Ship Biscuit and Salted Beef Project) was an overview of the project, explaining the conditions and challenges that were faced by seamen of the 17th century in storing food for long periods of time using traditional preservation techniques. The other panels explained how the food items on the project were replicated including the dried goods, salted meats, and beverages. Many visitors spent time viewing the panels to understand the background behind the beer they were tasting! 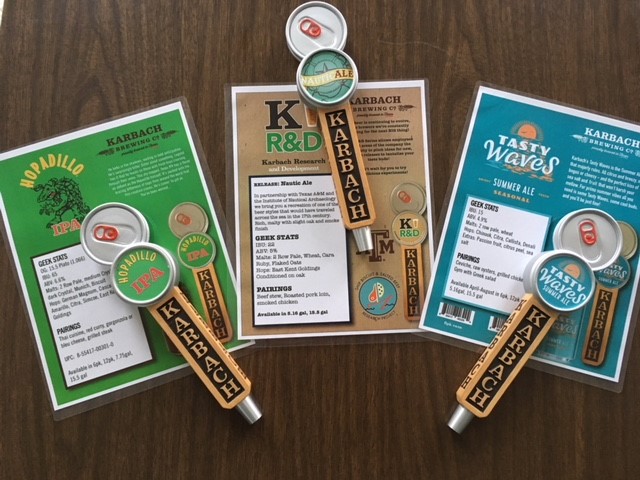 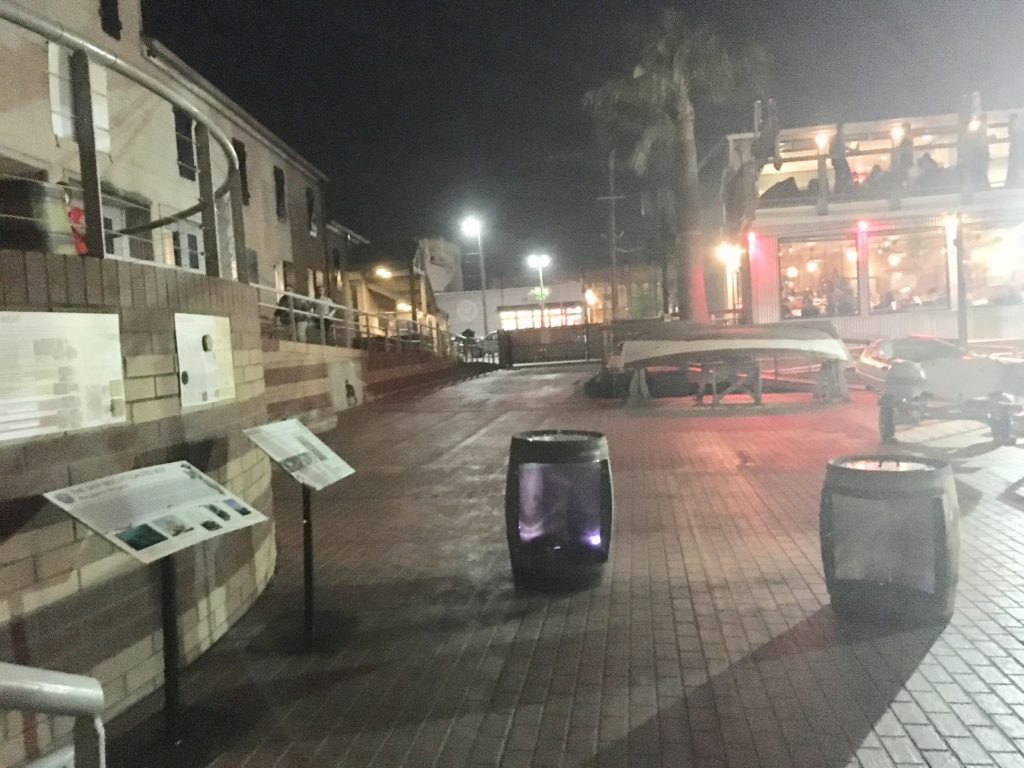 The Ship Biscuit and Salted Beef Research Project mini exhibit at the 17th-Century Historical Food Event at the Texas Seaport Museum in Galveston on March 23rd. 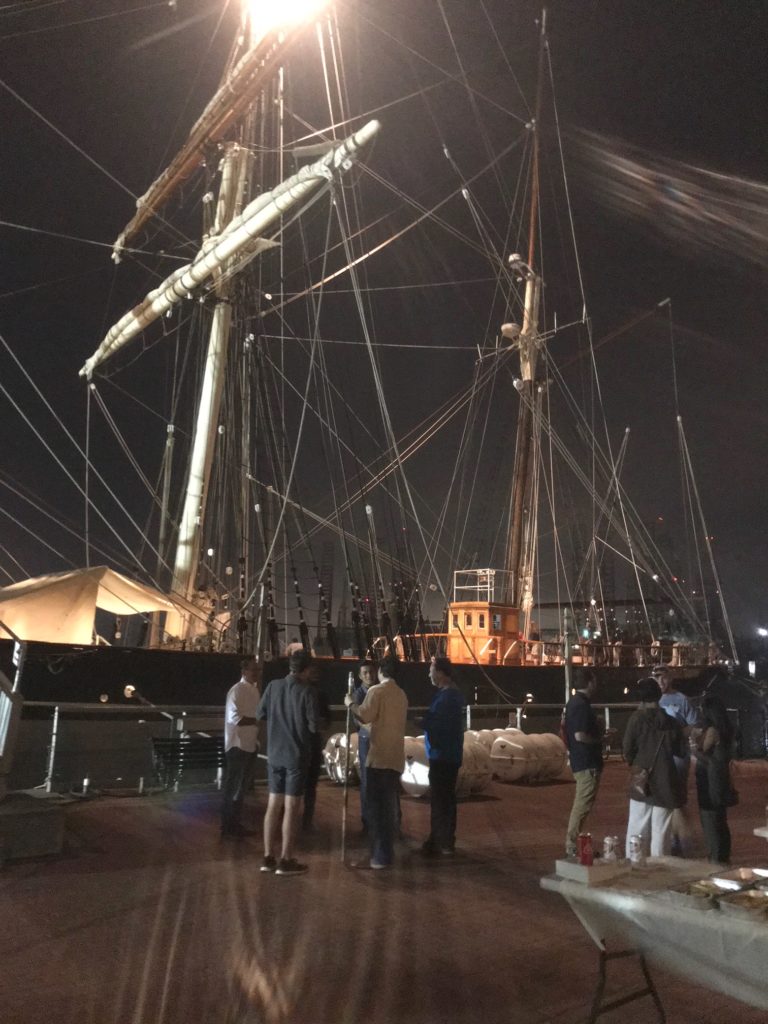 Some visitors enjoying their beer in front of Elissa.

The exhibit is currently on display on the first floor of the Department of Anthropology at Texas A&M University.

In addition to our display, we were lucky to have Alan Ward, head brewmaster at Brigadoon Brewery, as our keynote speaker. Alan’s talk, titled “A Pint in Time: A Wee Bit of Beer History,” was packed. 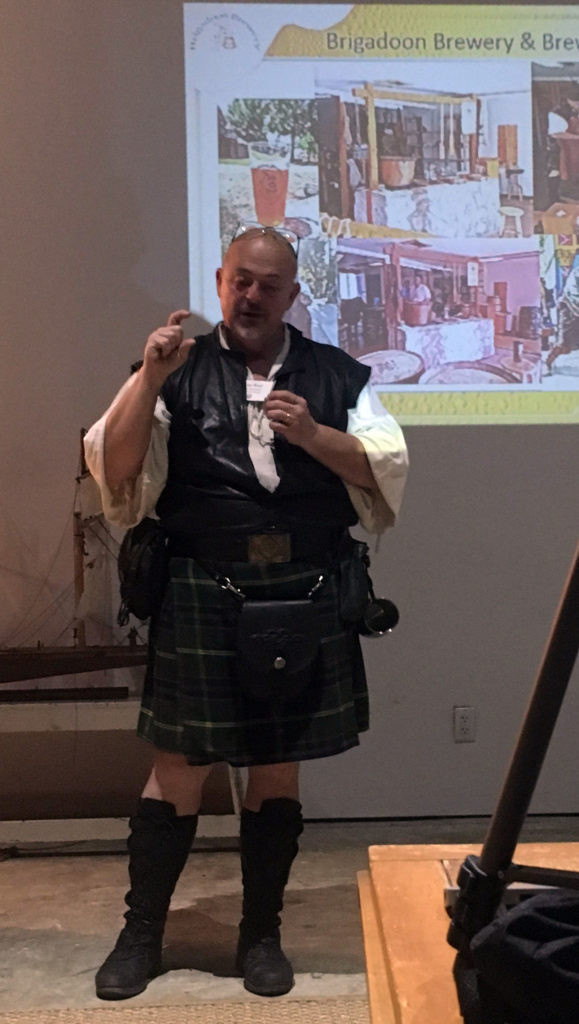 Alan’s presentation started all the way from the time of cavemen, who accidentally fermented barley. Their crude beer may have helped mold ancient civilizations and their trade. Looking back at archeological excavations, the Egyptians brewed beer in a bakery and unknowingly added yeast into their brews, giving them a better flavor. A drinking straw was used to drink the liquid. Throughout most of history, women made the beer, and it was usual for everyone, including children, to drink it due to it being cleaner than water and low in alcohol content. Then around AD 1150 German monks began using wild hops in beer, and brewers found that it added a unique taste and acted as a preservative, extending the life of the beer. By 1516 the German Beer Purity Law (Reinheitsgebot)  limited beer to three ingredients: hops, water, and barley. Alan’s talk also touched on beer during the Age of Exploration, Prohibition, and concluded with the explosion of craft brews with which we are familiar. Today, 900 million dollars is spent on beer in Houston alone.

Alan’s talk was not only informative, but highly entertaining. It concluded with a Q&A session that included Brian Starr and David Graham from Karbach Brewing Co. and how NauticAle was produced.

Thanks again to everyone who participated in the beertasting. We hope you had a blast!