By Grace TsaiMarch 2, 2017No Comments

The cod trade in the 17th century was a fairly lucrative, and ever growing industry, especially with the rediscovery and colonization of North America. The first English colonies came about in the early 17th century with the creation of Jamestown, and the further colonization of the East coast of the United States and Canada by the English, French, Basque, and Dutch. The area of modern day Canada, known as Newfoundland, was the main producer of cod in the Americas, and was heavily contested in the 17th century. 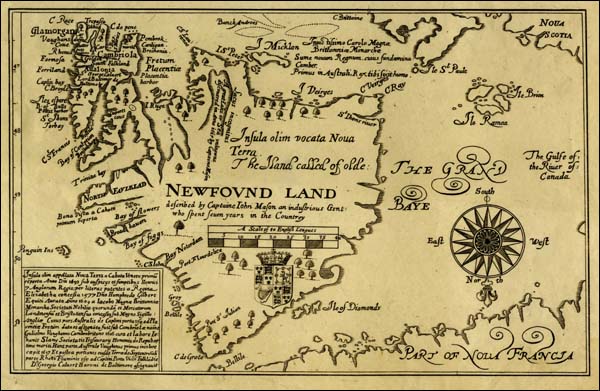 Fishing colonies from England, Portugal, France, Spain, and the Basque region of France and Spain started springing up in Newfoundland with all the great powers of the time trying to get their foot in the new and lucrative cod trade in the Americas. While cod had been fished in the Old World for as long as Northern Europeans had been seafaring, it had never been done in this quantity. A majority of the cod fishing in Europe was done in the North Sea and English channel by the French, English, and the Norwegians. With this shift in European trade, the entire fabric and direction of Europe changed.

The Western Baltic countries and cities of the Hanseatic League dominated the trade in the North until this point. But now, the countries of the English channel (England, Holland, and France) started exploring the New World and bringing back with them commodities such as coffee and tobacco. One of the most important and very early discoveries was that of John Cabot in 1497. Tasked by Henry VII to explore this new land, he stumbled upon the region of Newfoundland. Soon fisherman from the Basque area of France and Spain started fishing for cod and whale, and were very successful. 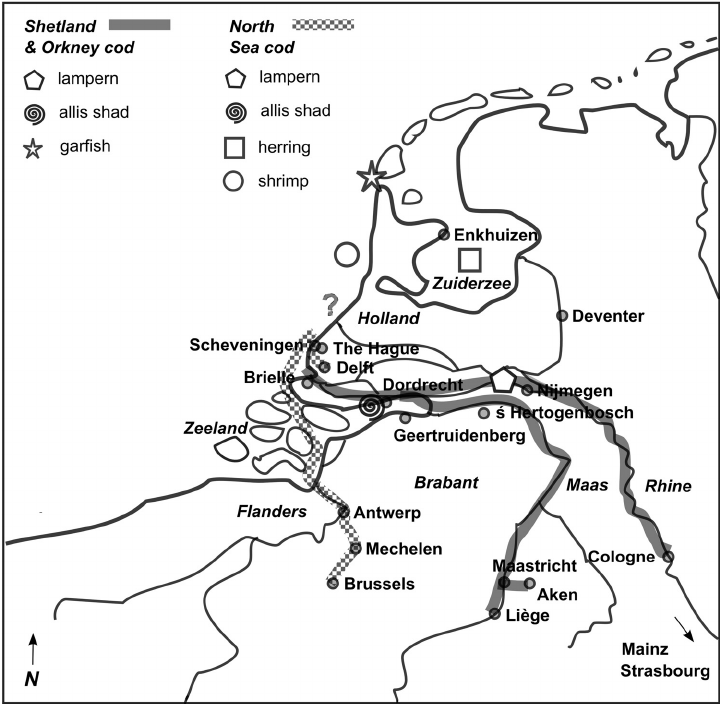 “Cod economy around 1570 according to Coenen. Trade routes of salted cod from Scotland and fresh cod from the southern North Sea and catch areas of bait species. Whether fishing villages further north on the coast exported fresh cods is unknown.” By Floris P. Bennema and Adriaan D. Rijnsdorp. Read more about the cod trade in 16th century Europe here.

Seeing their success on the market, English and French fisherman started to follow the Basque and fished along the Labrador coast. Soon the English and French staked their claim to the area. Arguably, this colony was more important than the Maryland and Virginia colonies that were being founded around the same time. This was the best fishing on the North Atlantic, and the English had a monopoly on it.

With the discovery of the New World and new areas to fish, the market skyrocketed. Europe had gone “cod crazy”, and the English were one of the main suppliers. Cod made its way around the Mediterranean, and still does today. The discovery of the New World, and the addition of new markets, like an expanding cod and whale trade, was the start of the English rise to power in the region from a naval and economic perspective.