By Institute of Nautical ArchaeologySeptember 12, 2015No Comments

The 2015 season of the B-24 Tulsamerican survey will begin in under two weeks on the 21st of September. Our team will be assembling in Vis during the next week. This project’s goals are to complete a 2D photomosaic map of the wreckage fields, to obtain enough images to create a 3D model of the airplane, and to gather corrosion readings from the aluminum. Our project team’s primary PI is from the Croatian Conservation Institute with an adviser from the Croatian Ministry of Culture. The project is led by PhD student Megan Lickliter-Mundon as part of her fieldwork in underwater aviation archaeology at Texas A&M’s Nautical Archaeology Program. The project also benefits from having a representative from the Defense POW/MIA Accounting Agency (DPAA). The information gathered in the survey will inform a possible future recovery mission led by DPAA for the three crew members killed in the crash. 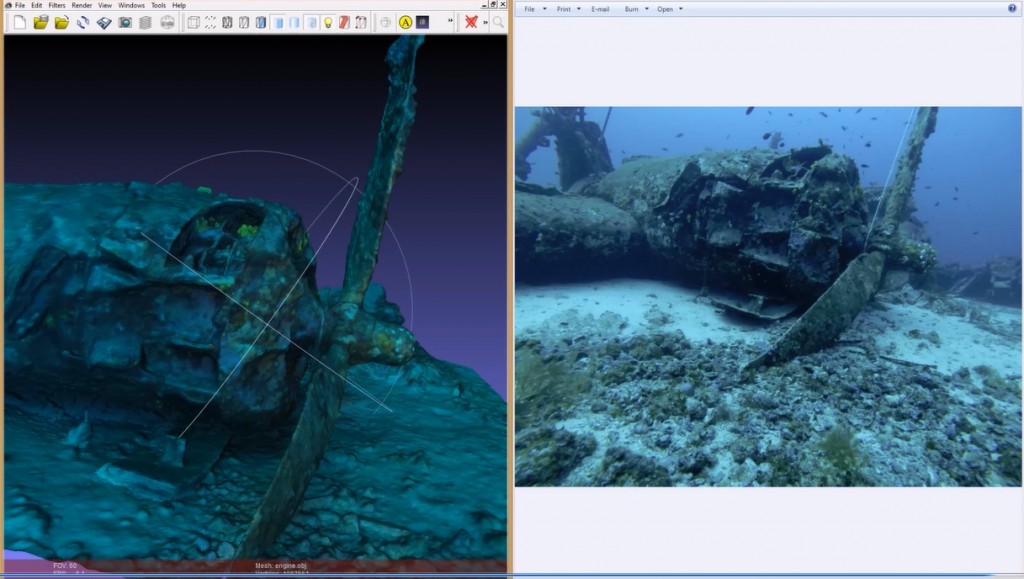 A comparison between a test 3D model made from images recorded during the 2014 season and an image of the interior port engine.