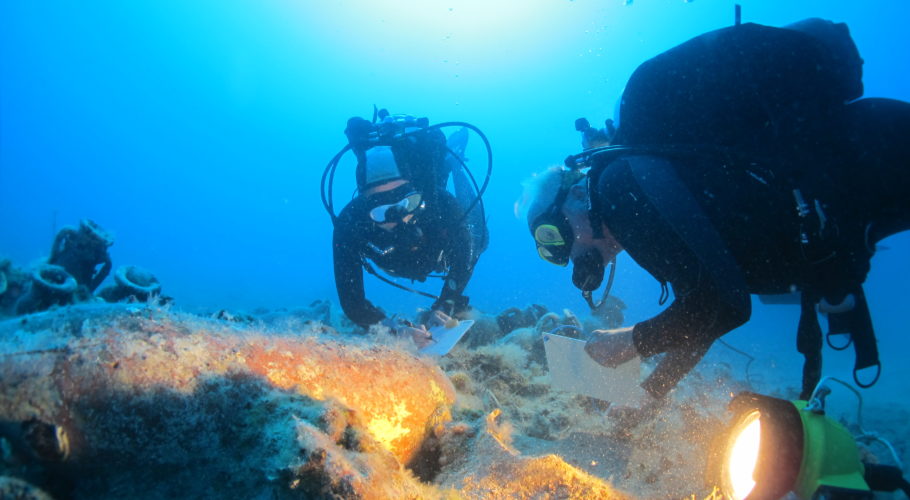 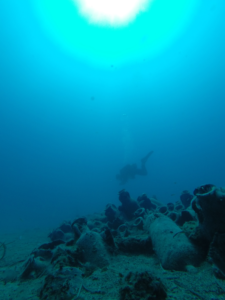 Spanning both the Ionian and Adriatic seas, the Albanian coast sits at an axis of colonization and maritime trade in the ancient world. For the past decade, the RPM Nautical Foundation (RPM) has conducted surveys in Albanian waters as part of the Illyrian Coastal Exploration Program, identifying several ancient shipwreck sites, but without the intention to pursue full-scale excavation. In 2018, INA formed the Albania Ancient Shipwreck Project and provided extensive support via funding, personnel, and the use of INA’s ship Virazon II to visit five known ancient wrecks off the coast of Albania, all previously discovered by RPM’s survey ship Hercules. After analysis, two of these wrecks, the 1st-century AD Sazan Island wreck and the 4th-century AD Joni wreck, were determined to be candidates for future INA excavation projects.

The summer 2019 goals of the Albania Ancient Shipwreck Project are two-fold: 1) conduct an exploratory excavation of the Joni shipwreck site and 2) perform additional survey of the Albanian coastline.

At a manageable scale and with ideal site conditions for underwater work, the Joni wreck was identified as the best candidate for the first underwater excavation of a shipwreck in Albanian waters. Furthermore, from a preservation standpoint, this site, which is known to the local fishing community, faces the most immediate risk from looting activity. The Joni wreck site consists of a main amphora pile of North African amphoras, providing a tentative date for the wreck in the 4th century AD, and an associated debris field of contemporaneous material about 20 m to the north of the amphora pile. 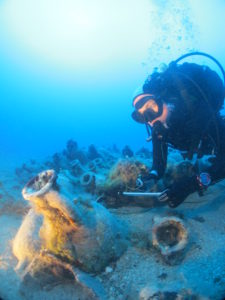 In addition to the excavation of the Joni site, the Albania Ancient Shipwreck Project will also continue its survey of the Albanian coastline. Utilizing previous survey information from RPM and other sources, the goal is to establish target areas off the coast of Albania to survey at a depth band of 20-50 m (too deep for casual/recreational divers, but shallow enough to conduct a full diving excavation), and then explore those areas with remote sensing equipment to search for evidence of additional ancient shipwrecks. As Albania continues to attract visitors and divers, early identification and protection of significant sites is critical to preserve currently unidentified sites with national heritage potential. 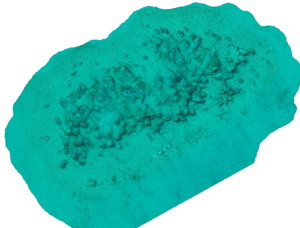 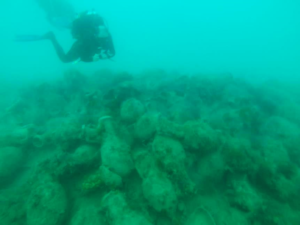 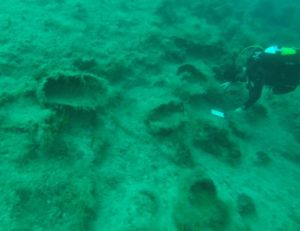 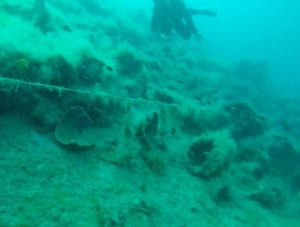